12 Years a Slave continues to open eyes, rivet, and shock. Steve McQueen’s unrelenting take on slavery won the audience award for “overall favorite” at this year’s Mill Valley Film Festival (MVFF). It was one of 18 films that received recognition after the 36th edition of the increasingly influential festival closed this past Sunday.

I was fortunate enough to attend a screening of 12 Years a Slave which featured a Q&A with director Steve McQueen and actors Chiwetel Ejiofor and Lupita Nyong’o. No doubt, it was a stirring evening. Yes, the film is as great as you’ve likely heard. As MVFF director of programming Zoé Elton noted, “he [McQueen] has a fine eye for detail.” The imagery is, as someone later said, “brutal and beautiful.” In at least two searingly memorable scenes, the camera lingers–with no cuts or edits–and refuses to let the audience “off the hook.” On this evening the theater fell into silence during those extended, excruciating moments (lasting several minutes). You could feel the discomfort. Not only was the film worthy of the accolades, but so too was the thought-provoking, and at times even tense, talkback. McQueen wants to see the eponymous and nearly forgotten book put into classrooms across the country. One downside regarding 12 Years a Slave: Brad Pitt. He’s a great actor. And he’s a producer on this project. But once he hit the plantation in the last act it was hard to think he, his character, was anything but, well… Brad Pitt. Regardless, this is a must-see. Expect it to roll in the Oscar nominations, and take home Best Picture. Also, newcomer Lupita Nyong’o could be the only thing standing between Oprah Winfrey and a best supporting actress win. 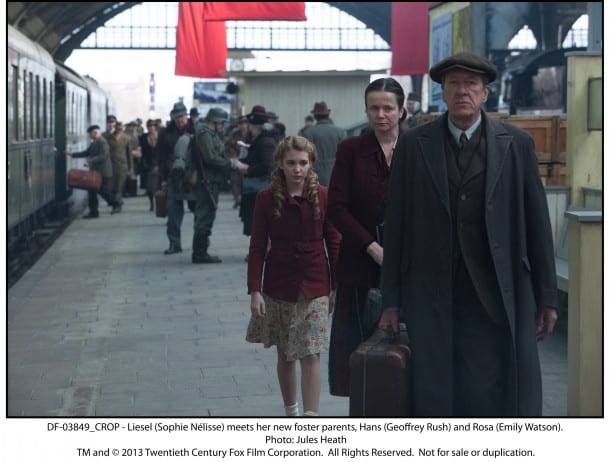 The Book Thief received the nod for US Cinema favorite (again, these results are based on exit polls, MVFF itself is a non-competitive festival). This is an odd one. It’s a sumptuous film. Cinematography is a sight to behold. So too is the pitch-perfect performance (once again) by the Australian acting legend known as Geoffrey Rush. The uneven script and, likely, marketing choices hold this one back from being anything truly special. What we have is a Nazi-set film, masquerading as a PG-13 Disney-fied holiday release. Indeed the first act is haunting, electrifying–this is war-time Germany, books are being burnt, and evil simmers as the holocaust begins. Sadly, the story goes soft when it could have gone Anne Frank. I know the studio wants families to go see this at Christmas, but anytime I see dead bodies strewn about rubble looking perfectly coiffed with no blood in sight I know I’m watching a watered down piece. It’s as if the actors walked out of their trailers and we’re told to put the Pop Chips down and play dead for a few minutes. Still, the power of the written word–that books can inspire and transcend–is a heartfelt and welcoming message. Plus, look for young Canadian actress Sophie Nélisse in what could be a star-making turn.

Speaking of holiday entries. Look for Ben Stiller’s adventurous romp The Secret Life of Walter Mitty to through and through entertain. Stiller delivers.

Dallas Buyers Club largely lives up to expectation. Matthew McConaughey and Jared Leto (watch his interview and talkback from the MVFF premiere) both propel the otherwise average script to remarkable heights. Those two performances are reason enough to see the film, which is based on true events. It was my first time seeing work by Montréaler Jean-Marc Vallée. I like his style. We’ve seen actors lose weight before, and transform into the living dead before. But to see McConaughey, particularly in the first half hour, is to see death itself. There’s some fantastic editing too, and the camerawork is stellar.

See below for the entire list of audience favorites. 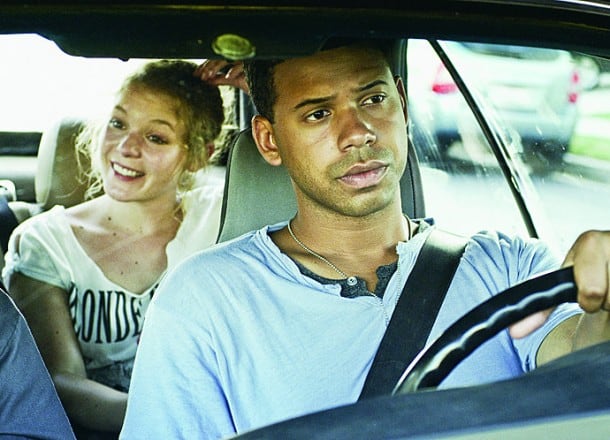 But MVFF isn’t just about the big productions. There are many gems too, and some didn’t get a mention in this final list. Ones that I screened of note included The Human Experiment, the Sean Penn-narrated documentary about the dangers of chemicals used in everyday products in our homes (watch interview with Bay Area filmmakers Don Hardy and Dana Nachman), and Along the Roadside, a trippy roadtrip by first-time director Zoran Lisinac.

It may be hard to find, but another satisfying indie comes from Spanish director Jonathan Cenzual Burley. The Year in the Vineyard is, as I called it in my review, a wine movie for poets and romantics. It also illustrates the power of the imagination to overcome resource constraints (i.e. almost zero budget).

Another one that likely won’t see wide domestic distribution is Costa-Gavras’ new banking thriller Capital (review). Attending that screening and later listening to the famous director talk about the current global and U.S. political and financial landscape was my favorite highlight of MVFF 36. There are many classic and recent films based on financial crisis or fraud: Wall Street (1987), Enron: The Smartest Guys in the Room (2005) and Arbitrage (2012). All of those are great. But all of them share one thing in common: They’re made by Americans. With Costa-Gavras we get a refreshing, intriguing, and decidedly European take on the matter.

Nebraska, starring veteran Bruce Dern and comedian turned dramatic actor Will Forte, is another one to seek out. Unfortunately I didn’t get a chance to see Alexander Payne’s black & white drama – it only played opening night, at the same time as The Book Thief so sadly it was one or the other. And, for the record, it must be said that Will Forte is the one of the nicest guys working in the business today. Red wine, smartly, is his libation of choice. Will must’ve been pinching himself at the MVFF press conference as Bruce Dern, sitting to his right, proceeded to rank his performance among the greats… a “tie” with Jack Nicholson in The King of Marvin Gardens (1972)!

Look soon for the Stark Insider Best Of clips from Mill Valley Film Festival 2013. For now I’ve included below all the video segments we shot over the eleven days.

That, my friends, is a wrap.

World Cinema Runner Up
ONE CHANCE

Documentary Runner Up
KEEPER OF THE BEAT

The Secret Life of Walter Mitty

The Year and the Vineyard