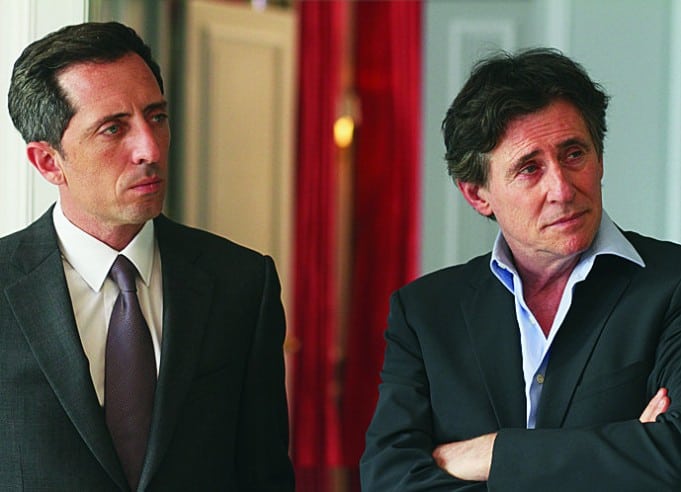 Wall Street, Oliver Stone’s classic ode to 80’s excess, took us onto the trading floor and inside the bonus-encrusted life of a broker. Capital, Costa-Gavras’ new film, now making the festival rounds, takes us into the boardroom, and reveals what life might be like as the CEO of a top European bank. Bathroom sex, wild parties in Miami are juxtaposed with scheming golf course meetings and quality time around the family dinner table.

This is a special film. Gavras eschews formula in favor of style, broad messages. The script: uncompromising. The characters in Capital have more than a few Shakespearean qualities, and they are dogged in their pursuit of what should be rightfully theirs. You can judge or you can play along.

Fortunately, I had a chance to attend a screening of the film over the weekend at the Mill Valley Film Festival. And what an evening! Costa-Gavras was on hand (and looking great at 80), and gave what may well have been one of the most thought-provoking Q&As I’ve yet to attend; thanks in no small part to moderator Peter Coyote, a man steeped in research and witty repartee.

That a film can be analysed and discussed from so many angles is one of the highest compliments you can pay to the form.

On paper Capital may sound rote. When a heart attack incapacitates a powerful executive, a rookie investment banker (in a confident performance by Gad Elmaleh) suddenly finds himself as interim CEO. His first thought? Salary. Then: bonus! After some negotiation, brokered by his financier and adviser (Gabriel Byrne), he is able to structure a deal–this should sound familiar–that is heavily weighted towards short-term performance. Laying off staff becomes an easy short-cut to increasing return on equity, and, hence, those lofty payouts. All might be well with the world if he just wasn’t so hyper-focused on a glitzy, famous supermodel — one whom he chases literally across the globe, and lavishes with gifts and seven-digit payments. Meanwhile he bathes his reluctant CEO wife in designer dresses, and delivers boxes full of video games to keep the kids occupied.

Costa-Gavras’ camera is constantly moving and awash in bold colors. Elmaleh is always in a rush. A board room meeting. A flight to Miami. An impromptu meeting with the Saudis. All the motion conspires to create a glorious breakneck tempo. Despite the prevalence of much gadgetry-iPads, MacBooks, Cisco videoconferencing systems, video games–this is a film that still manages to retain a 70’s air.

After the screening, three things struck me as particularly interesting and inventive about this film.

The first is the resolute fashion in which the main character, Marc Tourneuil, is drawn. Throughout, he, perhaps like Gordon Gecko, is pulling all the strings. Or at least on the surface it appears to be the case. Later, there’s an opportunity to take the easy way out (sort of like what the filmmakers did with The Book Thief which unfortunately becomes watered-down after school fare). Tourneuil might return to teaching, maybe write a book. Staffer Céline Sallette, his moral compass, applauds him for his rational thinking. What follows though are words that cut. But also that speak to the truth at hand…

…that the whole thing is just a game, played by children dressed as adults.

And that leads us to my second observation. Costa-Gavras employs a device. The fourth wall is broken (I’m not giving anything away here since the film opens with the lead addressing us, the audience). And there’s even a delightful dollop of absurdism. For many it will frustrate. I thought it was an appropriate, even inspired narrative choice.

But there’s much more to Capital than the human drama, and plot devices. Fittingly enough, the backdrop is coated in geo-political machination. Here, the American banking system is seen as corrupt, and its European counterpart a white knight. During the Q&A an audience member questioned this interpretation. Do you really believe the European system to be so pure?

That a film can be analysed and discussed from so many angles is one of the highest compliments you can pay to the form.

One curiosity. Costa-Gavras revealed during the talkback that lead actor Gad Elmaleh is one of France’s funniest comedians. Quoi?!  You’d ever know it based on his performance. But it’s true. If there’s a clue, it’s perhaps in the subtle body language. Note when he arrives “dressed as a typical investment banker” for a date with his supermodel-girlfriend. After being chided by her, he humorously loosens his tie, scruffs his hair. Costa-Gavras said he convinced Elmaleh to take on the project by showing him what Jack Lemmon did in Missing (1982).

Now, a confession (but not The Confession).

This is my first Costa-Gavras film. And, no (cue the shock, gasps, shaking heads) I have not seen Z (1969). At best I can claim the generational defense. At worst, I can admit that in lieu of rightful “cinema” I’ve watched one too many 70’s castle-vampire-lesbo films for one lifetime. Still, maybe this is my Echo & The Bunnymen moment. I discovered the Liverpool group when by chance I picked up their 2005 Siberia CD. This was many, many years after the post-punk band had hit their peek in the 80’s with commercial successes such as the album Ocean Rain and the song Bring on the Dancing Horses (from John Hughes’ Pretty in Pink). After enjoying Siberia I proceeded to dig into the back catalog. A passion was born. I had previously done the same thing with U2; Joshua Tree took me back to Boy, October, War (friends, you don’t know what you’re missing!).

All that to say, Capital worked for piquing my interest in the director, the man. I’ve been hunting down Z, Missing, Betrayed. Not all of his older films are easy to find which is a shame. Fortunately Z is available for rent on Amazon Instant Video. Meanwhile, Capital continues to tour film festivals.