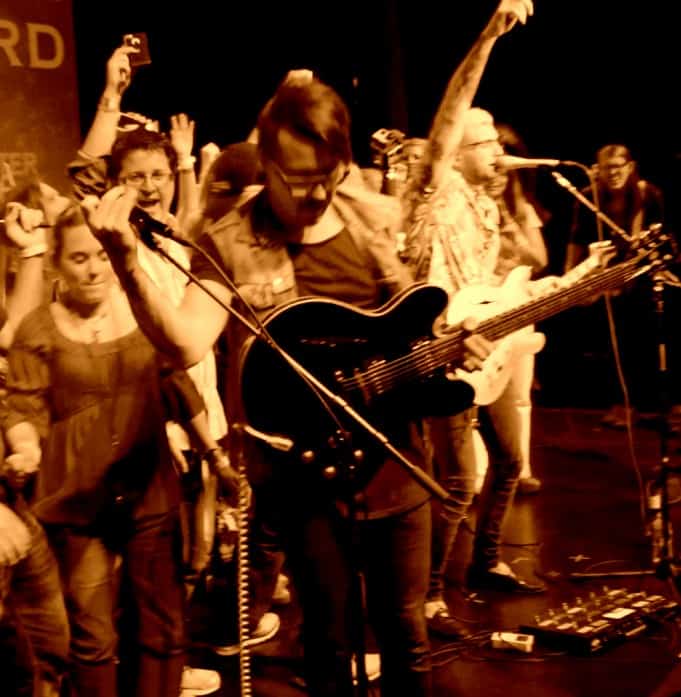 For anyone who hasn’t been fortunate enough to attend, being at Live in the Vineyard is like being the proverbial kid in the candy store. Music fans, revel. It’s tantalizing, not matter which direction you look. One amazing up-and-coming band (Priory) over here, rocking an electrifying set–in a barrel room, no less! And over there, radio vet Colbie Caillat playing to a small group of lucky fans–in a spectacular vineyard setting.

Yes, the music and line-up of artists is strong, but the Napa setting is equally up to the task. A pitch perfect pairing, indeed.

In the April edition, sister duo Larkin Poe dazzled in a tight, stripped down acoustic set at Clos Du Val. 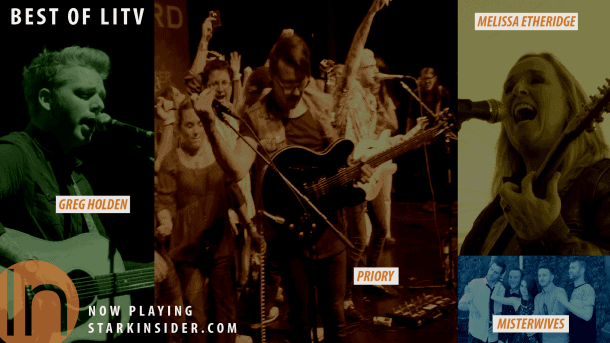 In November, San Francisco’s own Matt Nathanson positively brought down the house at the Lincoln. And Blue October? A performance for the ages.

So, what about this year, the March 2015 edition of Live in the Vineyard?

Though I could probably pick 10-20, these 3 moments in particular bubble to the top as my absolute favorites.

Easy pick. You may not (yet) have heard of Priory. I hadn’t. But after their searing, fan-crazy set at the Uptown Theatre, I will never forget this Portland band. Or this live performance. Blistering. Frenzied. Electrifying. Take your pick of adjectives. If you were there, it was one for the record books. Yes, Priory broke Live in the Vineyard. Storming the stage with Stellas in hand, frontman Brandon Rush and guitarist Kyle Sears delivered rapid fire pop euphoria with catchy singles such as “Call to Arms,” “Weekend” and “Put ‘Em Up.” By the time it was over fans had taken over the stage. After posing in some selfies, Rush threw down his guitar, gave some high-fives and quietly exited stage right. Priory left us all wanting more. Much more.

Groups with female lead singers seems to be all the rage these days. Echosmith. Phox. Widowspeak. Among so many others. Citing No Doubt as one of their influences, MisterWives lead singer Many Lee is a charismatic fire bomb. Jumping around the stage continuously, it was near impossible to film her for this Stark Insider segment (see video above). The set (underneath a small tent at Frank Family Winery in Calistoga) was pure adrenaline. Lee’s vocals are unique — lyrics barreling like a roller coaster, up and down, melodically exciting, curious.

Most poignant award goes to Scotland native, NY transplant, Greg Holden. Many will know his song “Home” from American Idol. But it was another one of his tracks that nearly brought the Uptown to tears. “Boys in the Streets,” the topical single from his new album, feels like a very personal triumph. We captured some of his warmly received LITV performance on video for Stark Insider, and Loni Stark was able to talk with him about he overcame being in “a dark place.”

Duran Duran were the big surprise at Live in the Vineyard. The famous band’s unscheduled appearance at James Cole Winery brought legendary star power to the festival. It also brought their new single “Pressure Off.” There the band–Simon LeBon, John Taylor, Nick Rhodes, and Roger Taylor–performed the song for a small gathering of industry execs, and radio personalities. I, for one, would’ve appreciated a cameo by bad boy himself, guitarist Andy Taylor–the original guitarist for Duran Duran is no longer an active member (it seems to be an on and off again thing, though mostly now, sadly, off). How great if the third Taylor came in with his ax wailing out of control (Live Aid anyone?), being pushed across the barrel room in, say, a bathtub filled with champagne (okay, sparkling wine) by, say, Jean-Charles Boisset (of course!).