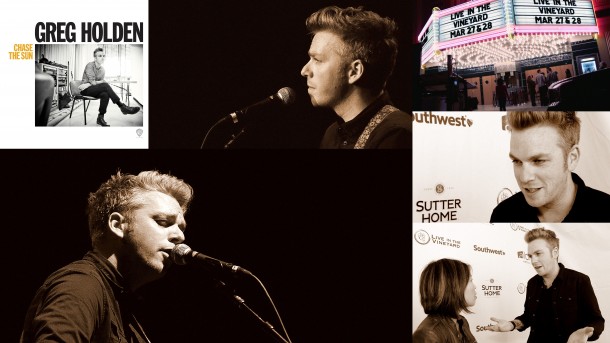 “It was amazing. I got to watch this thing [American Idol hit “Home] grow. And experience it in a way in that I wasn’t the main attraction… that was a huge lesson.”

Greg Holden might not have been the face of American Idol that year, but he certainly was one of the key people behind the scenes. “Home,”  co-written with Drew Pearson, became a huge hit for Phillip Phillips at the end of season 11.

Since then the Scottish singer-songwriter, has relocated to Brooklyn, bootstrapped his career thanks to a successful Kickstarter campaign, and signed a new record deal with Warner Brothers. His new album, Chase the Sun, is set for release next week.

But it wasn’t easy.

“For my last album, I was in a very negative place.”

Holden found himself pointing fingers. Blaming others. And, ultimately, in a rut.

Realizing he was in the midst of a “career mid-life crisis”, he decided to make the proverbial trip to India. Spending time there put life in perspective.

“I came home and everybody was so miserable,” says Holden during an pre-show interview with Stark Insider at the Uptown Theatre in Napa. “It’s all about your attitude. These people have nothing and they’re happier than people that have everything.”

The experience opened his eyes. Now his goal is to inspire through songwriting. If his performance at the Live in the Vineyard music festival is any indication, he’s well on his way.

On this special evening in Napa, Greg Holden’s stripped down set, brought the crowd to its feet. He also brought the room to the verge of tears with the powerful “Boys in the Streets” — the emotional performance and response of the audience may well have been one of the best LITV concert highlights of the last few years. 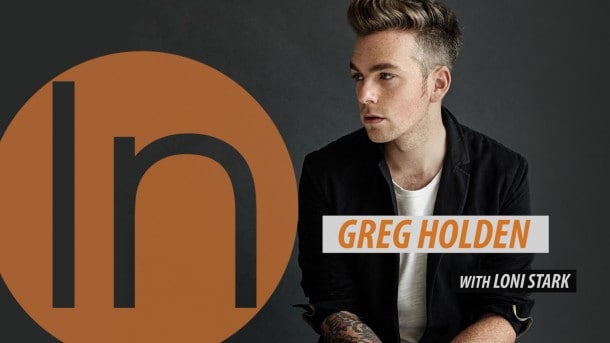 All signs are pointing to a continued upward trajectory for Holden. He has toured extensively with (now good friend) Ingrid Michaelson to strong notices. And with Warner now backing him, his music will thankfully have the opportunity to reach even larger audiences.

Here’s my backstage interview with Greg Holden, plus excerpts from his Live in the Vineyard performance. It was a memorable evening to be sure.

WATCH: Greg Holden “Home” “Boys in the Street” – Live in the Vineyard