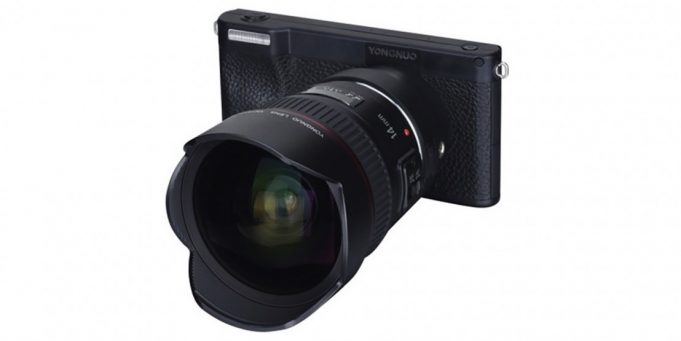 Things are changing dramatically in the camera market these days. Smartphones — mostly iPhone and Androids — have all but killed the point-and-shoot compact camera. Entry level DSLRs have also been hurt by the built-in cameras in our phones which are increasingly more than “good enough.”

And this year the big guns brought out new mirrorless models in a big way.

Sony with the Alpha A7 III full-frame mirrorless camera earlier this year.

Canon and Nikon debuting their first-ever full-frame mirrorless models with the EOS R and Z6/Z7 respectively.

Not to be outdone, Fujifilm updated its flagship APS-C camera, releasing the very well-received X-T3 (currently my favorite for hybrid stills/video in the sub $2,000 USD market).

Also, it’s worth mentioning RED Digital Cinema and its intriguing Hydrogen project. The $1,200 smartphone features holographic technology that doesn’t require any special headsets or glasses to view. And, wouldn’t you know it, Hydrogen runs Android.

But, out of all that, surely the biggest threat to the camera market will come from software. I think RED readily sees that. They’re not alone, a lot of people have been talking these days about:

If you haven’t heard the term before, expect to soon.

Apple and Google in particular have been big innovator when it comes to baking in very advanced AI and machine learning and other fancy stuff into its camera phones; most recently Apple with the iPhone XS and Google with the Pixel 3. For instance using the “portrait” mode with the iPhone camera enables you to blur the background of a photography. Typically, to achieve the result with a traditional DSLR camera would require a heavy and expensive 85mm or 100mm portrait lens.

The idea is that, yes, quality glass and components are important, but what will really improve photos and videos will be software processing. It’s the same old thing: computers managing bits and bytes. A greatly oversimplified explanation to be sure. Still, expect software to be increasingly important in the world of cameras. For traditional camera makers — Canon, Nikon, Sony, Fujifilm, Olympus — this is not the greatest news in the world. Their forte is not software. That strength belongs to the computer industry. So things could get very interesting in the coming years.

Which brings me to today’s bit of camera news…

There’s yet another mirrorless camera announcement!

This one comes with a twist, however — not to mention a not so easy to remember name.

Yongnuo Y450 is the name, and Android is it’s game.

Smartphone in size, and featuring a mirrorless design and lens mount of unknown origin, the Y450 is an Android-based camera that could be a sign of things to come. Even if this particular product is not successful (the naming and mysterious brand certainly won’t help) the idea of fusing traditional camera design with the software smarts found in a mobile OS such as Google’s Android would certainly help with respect to computational photography, or, at least in theory.

I wonder if someone like a Canon or Nikon or (most likely) Sony would be bold enough to bring their own Android-based mirrorless camera to the market?

A huge benefit of using Android as the camera OS is that it’s easily connected to social media accounts. Given that social is increasingly visual, especially SnapChat, Twitter and Instagram, to be able to snap high quality photos and upload them quickly and easily is likely going to be an important buying consideration for the casual photographer.

Whether or not Yongnuo is successful or not is not really the point.

Rather, we’ve seen the smartphone destroy the entry level camera market. With mirrorless fused to a capable OS like Android, could the higher end market be at risk? Quite possibly.

I wonder if someone like a Canon or Nikon or (most likely) Sony would be bold enough to bring their own Android-based mirrorless camera to the market? If anything, to test its market acceptance and to at least get a leg up on what could be a huge market in the future.