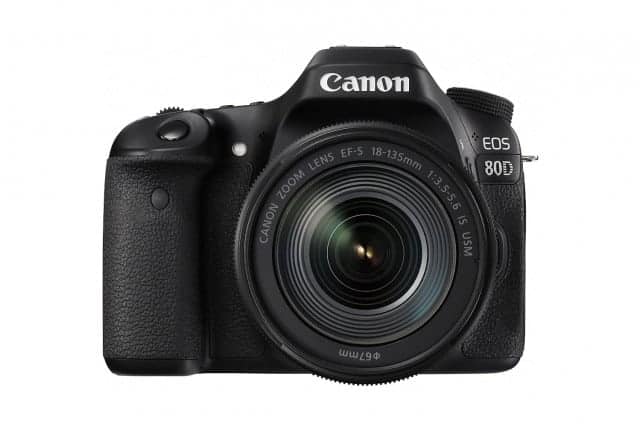 That is the question.

One camera is coming up on its third birthday, while the other is set to start shipping later this month.

In short — and in the words of Billy Idol himself — more, more, more. More of everything.

Is the 80D a better camera than the 70D. Surely, yes. At least on paper that is. We won’t know for sure until we get our hands on one (it’s on the way). For now, though, we can at least (try to) determine based on what we know if it’s the better camera for the money.

Gear is Important, But Everything Else is More Important

I’ve been shooting with Canon DSLRs since the release of the T2i (550D) in 2010. Almost six years now. Before that I used Canon Vixia camcorders. Here’s an example of my work (shot on 70D):

I’ve worked up and along the Canon chain as I’ve learned, from the T2i to a 60D, then 70D. I recently added a Canon C1oo II. And have an 80D (and RED Raven) on pre-order. Along the way, I’ve tried to improve my skills. I’ve learned not to fret too much over specs (there are some on forums that seem to make a living doing that), instead hyper-focusing on the creative: voice-over, lighting, composition, story-telling, sound editing, arcs, tempo, etc. There’s so much to know it would be ashame not to take every minute we have in this life to try to improve our video-making skills whenever given the chance.

With that, here’s current pricing for the two mid-range Canon DSLRs:

I’m pricing them with kits lenses (and btw that 18-135mm STM lens is a sweetheart) so you can buy and be up and ready to shoot. If you wanted you could, of course, buy only the body and use your existing glass.

So the price difference between the new and the old is about $500 USD.

If you’re making the decision which DSLR to get I think it’s relatively easy really. Given that the 80D doesn’t offer a massive bump in specs, and given that it represents a 38% price premium, it’s a bit of a hard pill to swallow if you’re on a tight budget. I would suggest this:

You’re on a budget and/or don’t need latest and greatest – but still want phenomenal results (primarily for video that is):

One point to consider: don’t necessarily let the fact that the 70D came out in 2013 scare you away. It’s an impressive camera, and features an auto-focus system that was adopted and used (but without the added benefit of the 70D/80D touchscreen!) in Canon’s cinema camera range, such as the C100 II, which costs magnitudes more. I recently did a two-camera shoot here in San Francisco at the Golden Gate Theatre. I used the C100 as the A-cam and the 70D as the B-cam. You can see the results here:

Yes, I think you can spot the difference; especially considering my color grading and matching skills are not the best. Still, the 70D performs extremely well. And, in the above Dirty Dancing video, I’m using the 18-135mm on the 70D, and a step up 24-105mm L series lens on the C100, so this is obviously not close to being a scientific test of the two cameras. I’m simply suggesting that the 70D is pretty darn awesome.

Get Out There and Shoot!

(cause no one Tweeted their way to the top)

The bottom line — at least for me — is to always be working. Shoot. Shoot. Shoot. Get out there, have fun, and practice. That could mean any camera: a Sony a7S series, C100 cinema cam, an old and brilliant Rebel T2i (with magic lantern flashed), Panasonic G7 with 4K, any old used camcorder, or even an Android phone. None will impact my, and probably your, ability to tell a story. At least not for the small screen and Web. If you’re shooting a narrative that will be projected at a film festival you may want to consider renting something like a Canon C100 (Director Crystal Moselle used one to make Sundance darling doc The Wolfpack). Gear is certainly important, but everything else about video and film production is even more important.

With the Canon EOS 80D arrival imminent, I would still look very closely at the 70D. If you’re on a budget, I assure you this camera will almost always get the job done with aplomb. Auto-focus is amazing. The build is rock solid. Performance in low light is decent enough. Touch-screen LCD and menus make operating it a breeze. And that battery, it goes the distance (and extras are dirty cheap, as are microSD memory cards).

FYI: dpreview has an (as always) informative 80D hands-on, definitely worth a read.

You can’t lose either way.