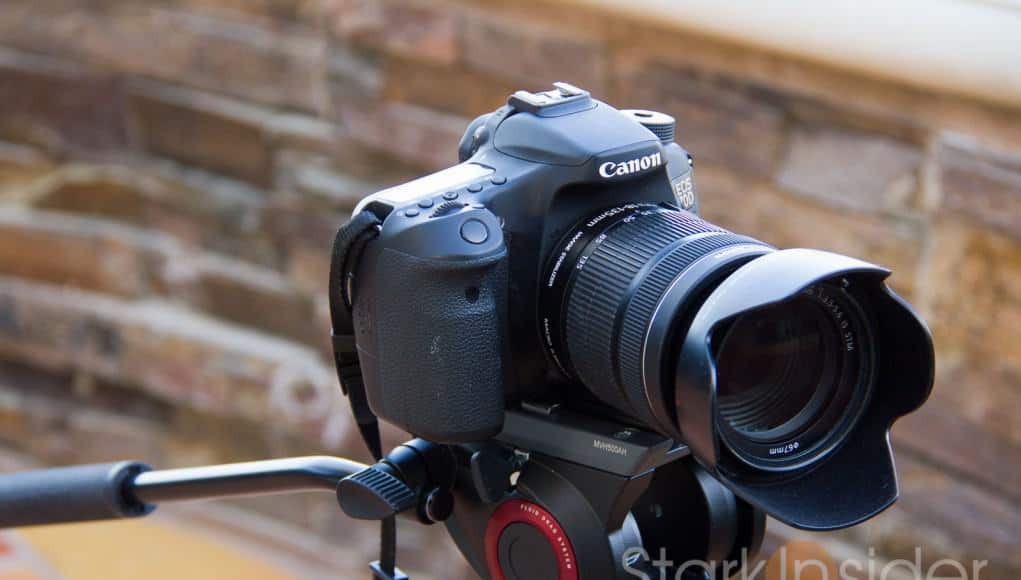 It might be one of the biggest, and most concerning, questions camera buyers have been asking themselves this year. Do I need 4K?

More specifically, I’ve been shooting on the amazing Canon EOS 70D DSLR since it was released in 2013, and get the question all the time (most recently in the comments on Stark Insider here): Should I still buy the 70D even if it shoots “only” 1080p?

First, a quick level set on the hype that is 4K:

— Mega hit The Martian starring Matt Damon was shot on RED (at up to 6K resolution) but mastered for delivery to theaters in 2K; so unless you watched the sci-fi thriller in 3D you were watching it in slightly higher resolution than 1080p… on a mammoth screen.

— Sundance breakout doc The Wolfpack was shot on a lowly little Canon C100 cinema camera (terrific) which only shoots up to 1080p.

— Chances are, you’re reading this article on a non 4K-enabled monitor or screen.

— 4K has nothing to do with: a compelling story; creative composition; or evoking emotion.

— Think back to the last, great documentary you watched. I bet there was some archival footage, and lots of shaky, run-and-gun camerawork — did it lessen the impact of the story?

The case for 4K

Now, yes, there are reasons why 4K could make sense. If you are shooting cinematic landscapes, you might want to consider the higher resolution to maximize detail retention. Also, shooting in 4K does provide for latitude in post-production. For instance, you could re-frame an interview shot, and still deliver in 1080p without loss of resolution. Polanski,I gather, would have a different word for this: blasphemous.

Still, there’s the issue of future-proofing. Shooting footage today in 4K could ensure that down the road your archives are more valuable and usable in future projects that require b-roll.

But, here’s the thing…

Where’s the 4K content? Who has a 4K display?

Another interesting proof point. Mr. 4K himself, and superb cinematographer Philip Bloom, is shooting season 2 of his show The Wonderlist in… wait for it… “only” 1080p. That’s a show backed by CNN! Executives could simply not justify the cost and time required to deliver in 4K — because most of us are still (and will be for the next few years I predict) watching Netflix, YouTube, Hulu and Amazon Prime on good old 1080p displays.

But 4K will come!

True. Yes. No doubt. 4K will get it’s day. Or, maybe the big consumer trend in a few year’s time will be 6K or 8K. All of a sudden your investment in that 4K display will seem like a meaningless step into a more detailed future that never came to be.

Where’s the 4K content? Who has a 4K display?

Seems like a chicken and egg issue that will still take years to resolve itself.

Shifts in technology and standards means a compelling reason to move units of a new model.

Sony is a good example. They’ve been pushing the 4K agenda hard this year. Very hard. Look at any of the company’s professional camera range and you’ll see “4K” emblazoned prominently. For Sony, 4K is the ticket — the ticket to increased sales, and increased differentiation.

Sony wants you to believe, above all else, that you must have 4K.

That means, for instance, if you’re looking at the entry cinema camera range, and considering something like the aforementioned Canon C100 you may take pause. It’s only rated up to 1080p (though the sensor itself is 4K). Whereas — bingo! — the newly announced Sony FS5 shoots 4K. Hmmm, before I drop $6K (USD), you think to yourself, I’m not so sure I want only 1080p.

The red herring in all this is that chances are you’re going to deliver — like Ridley Scott did with The Martian — in something far less than 4K.

Should I still buy a Canon EOS 70D camera?

Back to the original question.

You could probably surmise that my answer is a (qualified) yes.

For most of us 1080p will do the job just fine. And a camera like the 70D produces such incredible image quality for such a reasonable price it’s hard to argue against it. It’s a winner. Put an 18-135mm lens on it, hit the road, and you’re ready for just about anything. I’ve shot videos for Stark Insider using the 70D for over 2 years: interviews, events, travel segments, backstage Broadway, live concerts… you name it. Incredible results.

Or you’re a top fashion photog. Ok RED Weapon at 6K. Great. Grab incredible stills at your liking and use them for the next Vogue cover. Done deal.

For the mainstream, non-niche applications, grab your camera in all its 1080p glory and shoot, shoot, shoot. It’s a tool after all. The person behind the camera is far more important than anything else. Pixel peepers be damned.