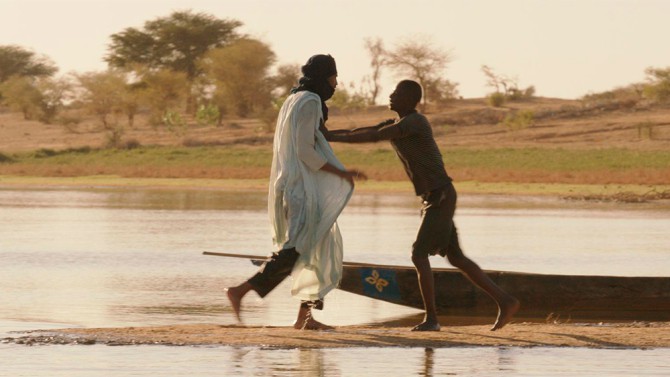 As summer comes to an end, we at Stark Insider begin to turn our attention to the fall indie film festival circuit. In the San Francisco Bay Area one of the best is the Mill Valley Film Festival.

Coming into its 37th year, the fest routinely attracts A-listers, provokes conversation – and the quality of curation is noted to be exceptional. So good that, in fact, that five out of the last six Academy Award winners for best picture (Slumdog Millionaire, The King’s Speech, The Artist, Argo, 12 Years a Slave) made their Bay Area premieres here.

Though the full line-up and schedule is far from being finalized (look for it on September 9), organizers did announce three international films that will screen at MVFF 37. So, we have a glimpse into the “World Cinema” films for 2014, and they include Charlie’s Country (Australia / Rolf de Heer), Diplomacy (France, Volker Schlöndorff), and Timbuktu (France / Abderrahmane Sissako). You can read more about each film below.

One of my favorite aspects of MVFF is the quality of the programming. Yes, you find well-known, star-backed festival vehicles such as the unusual yet engrossing Albert Nobbs with Glenn Close. And who could forget the exceptional, charming The King’s Speech directed ever so beautifully by Tom Hooper who so graciously made an appearance in Mill Valley in 2011? Last year Ben Stiller impressed when he brought his latest, The Secret Life of Walter Mitty. Stiller’s easy-going demeanor and interviews on the red carpet was one of the festival’s many highlights.

Yet for every star, and every heavily publicized Oscar runner, there’s a bevy of really special, smaller films, many of which come from overseas and afford us a much-needed alternative perspective on life, love, and, yes, even politics. Costa-Gravas’ Capital is a perfect example. Edgy, bold–almost like a Wolf of Wall Street (without the dwarf tossing) for the European jetset–Capital teaches us that the Gecko’s of the world not uniquely American. I won’t soon forget the daring animal rescue in Lion Ark. I was utterly shocked at the twist in The Butcher’s Wife. And newcomer Elizabeth Olsen’s debut in Martha Marcy May Marlene was a memorable one.

If you’re at all a fan of film that teases the edge of mainstream fare, challenges preconceptions, and tickles oft-explores recesses of your creative brain, then you must absolutely check out MVFF. This year the festival runs October 2 through October 12.

Team Stark will once again be on location, running across the streets of San Rafael and Mill Valley to bring all the behind-the-scenes happenings, plus interviews with actors, directors and the other creative folks who make the magic happen.

Recounting events influenced by a public stoning of an unmarried couple, the film takes place during the Jihadist take over in Mali in 2012. The film premiered in the main competition section at the 2014 Cannes Film Festival, where it won the Prize of the Ecumenical Jury and the Francois Chalais Prize. Cast: Ibrahim Ahmed aka Pino, Abel Jafri, Toulou Kiki, Kettly Noël and Hichem Yacoubi.