If you’re the kind of cinephile who enjoys tracking up-and-coming talent, you may want to Google that name and keep tabs on him. The 27 year-old writer-director has a film in this year’s Mill Valley Film Festival (MVFF) and it’s a humdinger.

Zoology is a “droll fable” about a middle-aged woman that mysteriously has a tail grow out of her lower back. How she deals with it reveals as much about the human condition, as it does the socio-economic conditions of her home country of Russia.

The film recently won a Special Jury Prize at the prestigious Karlovy Vary Film Festival. I can see why. Not only is the story told with great compassion and care, there’s also — at least to my eye — some expert use of filmmaking techniques which would suggest this is the kind of guy that could grow into auteur territory.

Watch closely at the editing in Zoology and you’ll notice something akin to a Lars Von Trier film like Antichrist or Melancholia. If you’ve seen those intellectual heavyweights you’ll notice that Tverdovsky (and his cinematographer Aleksandr Mikeladze) employ similar camera movement. It moves relentlessly, from our protagonist, then to a supporting character, and back again. Look even closer, though, and you’ll see rapid fire cuts, superbly timed. The camera is in constant motion, never giving the viewer the time to catch a breath. The technique keeps the tempo of the story on high gear. And the main character’s quest to solve her condition seems increasingly frenetic, until, of course, there’s a breakthrough (which I can’t reveal here, you just must attend a screening of Zoology at MVFF!). Moving the camera constantly can have unintended consequences. Recently my wife thought she had food poisoning. Later, we realized it was motion sickness caused by watching a Lars Von Trier film on the big screen the evening before.

Another technique I can see in Ivan Tverdovsky’s film is the use of the shoulder cam shot, the one used by (and probably made most famous) by Darren Aronofsky in Black Swan. Natalie Portman was frequently shot from behind by Aronofsky, either over her shoulder, or more often, from directly behind. Just another hint that this young Russian filmmaker has been perhaps influenced by some of today’s masters. 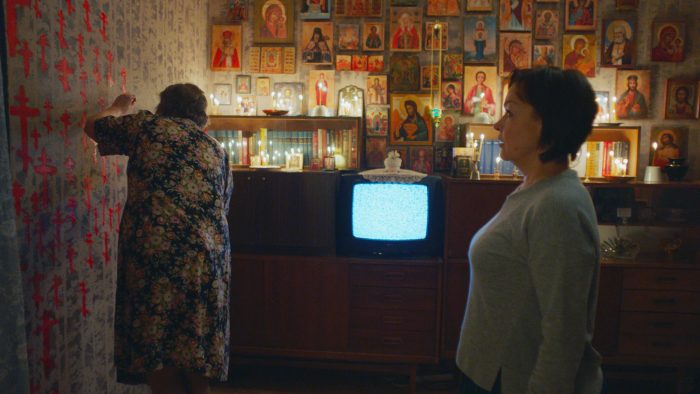 But the real trick he has up his sleeve is his ability to direct and write. Directing a film is one thing — a Hollywood hire making union pay on a job is decent enough, but in the end it’s still just a job. Being able to write your own story, starting with nothing but a blank page, and then overcoming all the odds to somehow get financing, and then “crewing up” (as they say) and landing actors, and then shooting the film, before surviving an extensive post-production is… well, it truly is a minor miracle. Every indie film that makes it through this exhaustive process is, in my books, something special to be celebrated in its own right.

Dark humor and the ability to, in the words of Werner Herzog, “crack open a human” is a special gift. In a sense, Zoology (Tverdovsky’s second film) reminds me of Robert Rodriguez’s debut El Mariachi (1992) — which he wrote about making for only $7,000 in the superb “Rebel Without a Crew“.  In anybody else’s hands it would seem like a standard gangster shoot ’em up made for Spanish cable TV. But Rodriguez’s script offered much more. Little nuisances — like when the lead character is in a bathtub singing, while being threatened to have his balls cut off by his girlfriend — that may sound silly on paper add charm, and depth to the characters that result in a story that is memorable. Though Tverdovsky made a very different film with Zoology, some of those principles of empathy and sly humor are evident.

If you’re a fan of whimsical filmmaking, you ought to seek out a screening of Zoology at MVFF next week (Wed. Oct. 12, Sat. Oct. 15). It’s the kind of film that reinforces the idea that, while geography may separate us, hope, and the human spirit is a universal language we all understand and embrace.