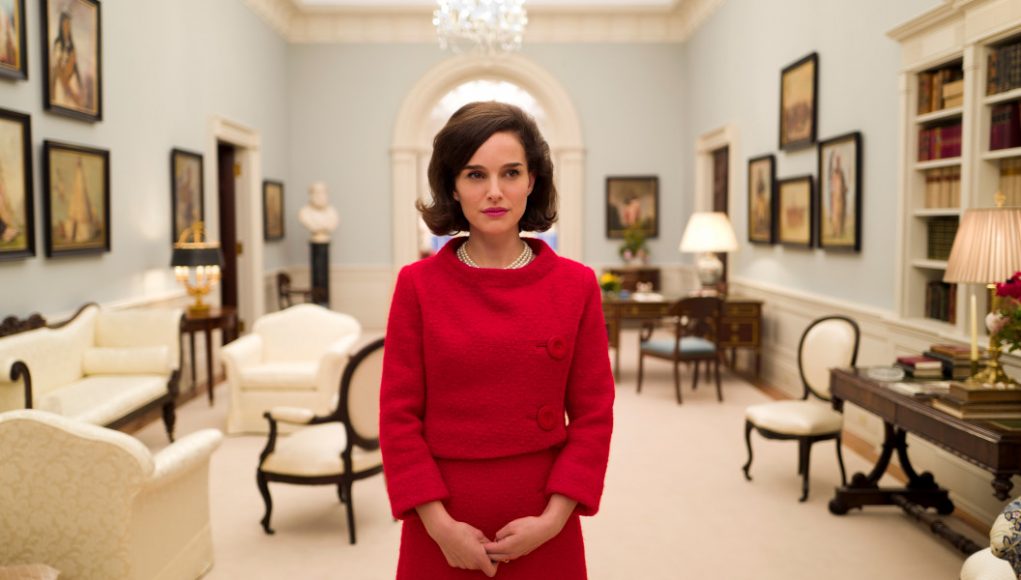 More news of interest to indie film lovers in and around the San Francisco Bay Area from the good folks at the Mill Valley Film Festival (#MVFF39).

A screening of Jackie has been added and director Pablo Larraín (Neruda, also a selection this year) is scheduled to attend. Jackie is Larraín’s English-language debut.

Natalie Portman stars as the shaken First Lady as we experience her world days after the assassination of her husband President John F. Kennedy. In Larraín’s account (screenplay by Noah Oppenheim), “we see a psychological portrait of the First Lady as she struggles to maintain her husband’s legacy and the world of Camelot that they created and loved so well.”

Variety calls Jackie a “daring biopic” and a lucid portrait of the First Lady.

Equally positive in their review of the film, The Hollywood Reporter called out the use of songs from the musical Camelot (one that has become forever associated with the Kennedy administration) as “brilliant” and that it reveals Jacqueline Kennedy Onassis as “a creature of infinite psychological and emotional complexity.”

IndieWire awarded it an “A-” adding, “it goes without saying that nothing about Jackie would work without Natalie Portman’s magnificently layered performance.”

Jackie has been making the rounds across the festival circuit and was also widely praised at this year’s edition of TIFF.

Following the screening, MVFF organizers told us that Pablo Larraín will be presented with the “Variety International Director of the Year Award.”

The special MVFF event is scheduled for Sunday, October 16 5:15pm at the Century Larkspur theater in Larspur Landing, California (just north of San Francisco). Tickets are $15 for general admission and $20 for California Film Institute (CFI) members.