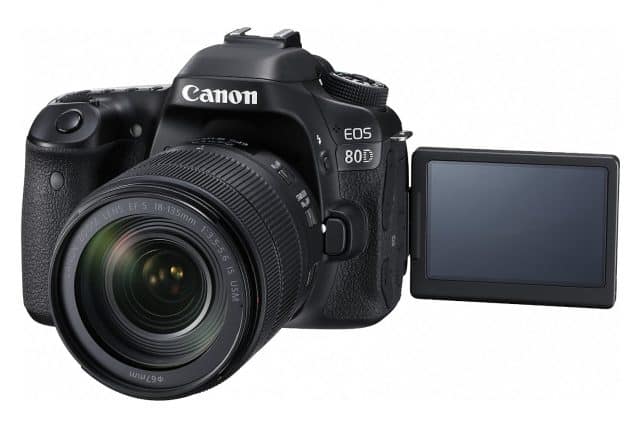 The Canon EOS 80D DSLR camera is here, and it’s an undeniable winner.

I’ve been shooting with Canon’s successor to the acclaimed 70D since its release earlier this year. For fans of the EOS series, it’s everything you’d expect: easy to use, rugged design, beautiful images featuring that much loved Canon color science, and plenty of EF lens choices to suit just about any shooting occasion or event. 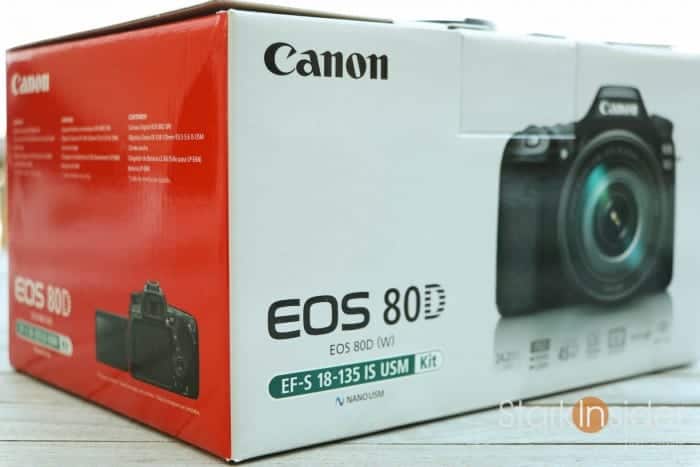 And, the coup de grâce: that auto-focus magic. Canon’s Dual-Pixel AF system truly is remarkable. If you’re shooting video — like I do here for Stark Insider — you can think of it as your own personal, expert focus puller. Tracking moving subjects are a snap. To target a focus point you simply touch the LCD screen, and near instantly the camera responds with perfect focus. Amazing stuff.

Here’s some examples of videos I’ve shot using Canon DSLR over the years including the 60D, 70D, and 80D:

If you’ve just bought a Canon EOS 80D or are planning to get one here’s 5 quick tips for setting the camera up for video shooting, and getting the most out of it once you’re in the field.

Note: most of these tips also apply to the 70D and even earlier models like the 60D as well. 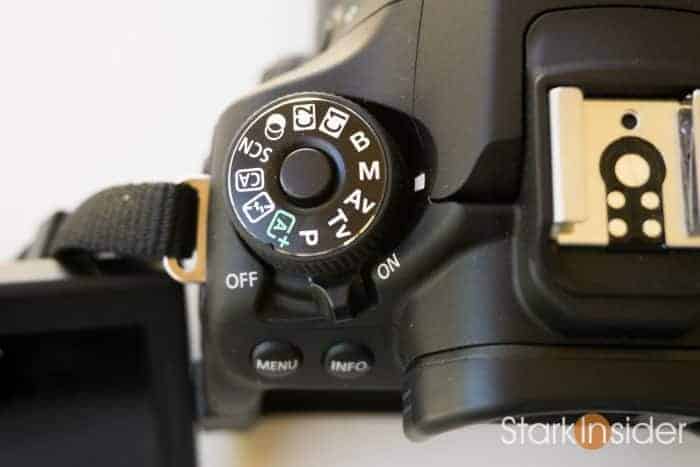 For the most part, you’ll want to set everything to manual when shooting video with the 80D. Yes, auto can be convenient, but if you leave settings in auto, your image could change unexpectedly while recording, and that can result in unusable footage. 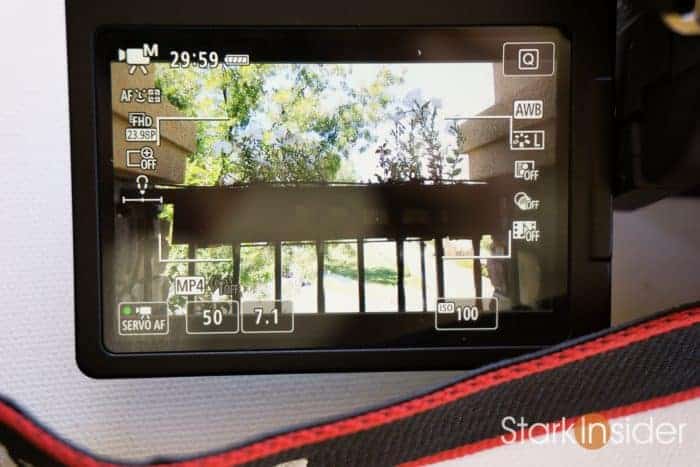 The 80D includes a variety of “picture styles” (standard, portrait, landscape, faithful, etc.) which impact the way the image is recorded. Ultimately this is personal preference. However, if you do plan to manipulate the look of your video in post with something like, say, Adobe Premiere Pro or Final Cut Pro X, then you’ll likely want as flat an image as possible. Most pro level cameras have a “log” shooting mode. The Canon C100 has “Canon Log”. The 80D doesn’t have a log mode, so the next best thing to capturing as flat and unprocessed an image as possible is “Neutral”:

4. For Critical Focus, use Magnify 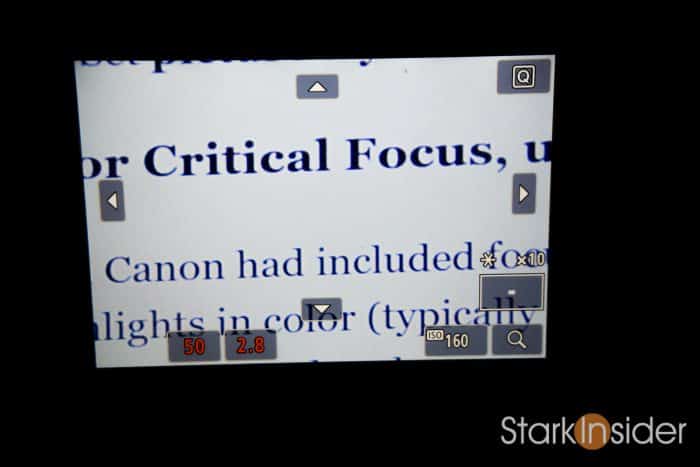 I wish Canon had included focus peaking with the 80D. That feature is handy for nailing critical focus as it highlights in color (typically red) on the LCD the elements in focus on any given shot. Thankfully, though, the 80D does have magnify. It doesn’t work during recording. Before you shoot something that requires absolutely perfect focus — perhaps a dramatic macro close-up of a praying mantis! — use your right thumb to push the magnify button at rear, top-right of 80D. Push it again to punch in, and, if necessary, another time to zoom even closer. The image on the LCD will give you a nice close-up. Manually adjust focus as needed, then start recording 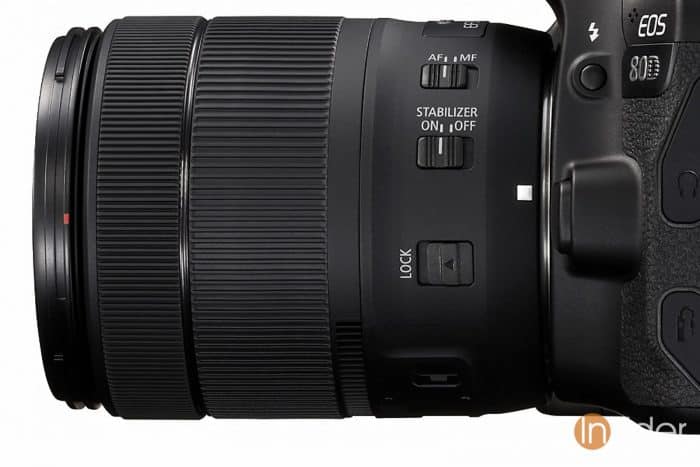 Everyone agrees, DPAF on Canon DSLRs is a best-in-class auto-focus system. But, there are downsides. For example, let’s say you’ve locked focus on your subject — a talking head — for a documentary. You’re recording, happily. Then, the 80D decides to focus on another object in the frame, likely because your subject has moved. All of a sudden you lose focus on your subject. You can tap the person’s face again to get focus, but part of the shot is ruined.

To get around that situation here’s a quick tip: Lock focus on a subject using the 80D DPAF mode with face tracking. Then, when focus is perfect, turn off auto-focus by using your left hand to slide the AF switch on the lens itself to OFF. Now, you’re in complete control. The 80D won’t try to outguess you and jump to another focus point. You can make subtle manual focus changes if necessary. Now, let’s say you crash zoom for a close-up. After the zoom, switch auto back to ON. Lock focus. Switch OFF. And repeat. Works like a charm once you get the hang of it.

With the above 5 steps you should be on your way to capturing fantastic video with your Canon EOS 80D (or 70D, still a gem of a DSLR to be sure).

The best thing to do is: practice.

Shoot, shoot, shoot. Only after shooting often, in a variety of situations will you learn the handling of the 80D, and the various settings. Eventually, you’ll find muscle memory kicks in. Your fingers and hands will intuitively know what to do. Live driving a car, everything will become instinctual. This is the beauty of Canon’s design. Buttons and dials are very well laid out, and fall exactly where you’d expect them to. Over time, like some sort of warrior, you might even find yourself “becoming one” with the camera! 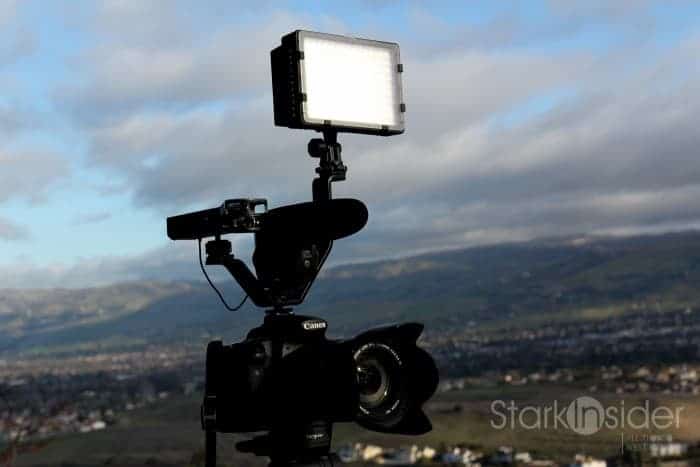 If you’re shopping for lenses, here’s some of my top picks for ones that work well for shooting video.

And, also, a lot of folks have asked what accessories I use when shooting videos here for Stark Insider. I talk about things like LED lighting panels, microphones, batteries, in this article.

Meantime, grab your Canon DSLR, get out there, shoot away. I think you’ll enjoy the experience.

If you’re on a tight budget, I still highly recommend the EOS 70D. It features DPAF, a very good image sensor, and you get similar performance to the newer 80D while saving some money. For those looking to get into the DSLR video game as cheaply as possible without sacrificing performance and willing to forgo DPAF, consider the classic EOS Rebel T2i. Install Magic Lantern firmware on it, and you’ve got an incredible filmmaking camera for well under $500. At the end of the day these are all just tools, and, ultimately, everything else will matter more: lighting, acting, composition, editing, sound design, and, especially, the story.