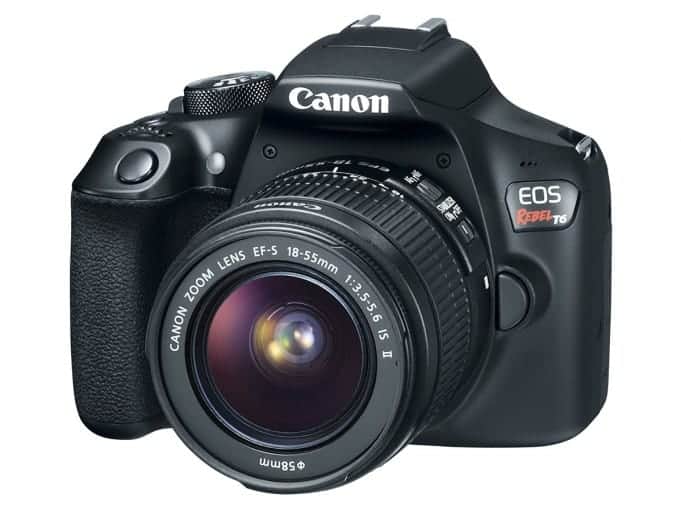 Canon continues its attack on the DSLR market in early 2016 — though those lusting for 4K! may want to avert their eyes.

The big news earlier was the EOS 80D announcement, a mid-range option for video shooters attracted to the camera’s nifty Dual Pixel auto-focus system (which no competitor can quite yet match).

Now Canon has given entry-level shooters a new option.

The EOS Rebel T6 — a camera which I tested and found impressive for its price — was revealed today, and will ship in April. The T6 is a tantalizing option to be sure for those looking to get into DSLR videography without breaking the bank. 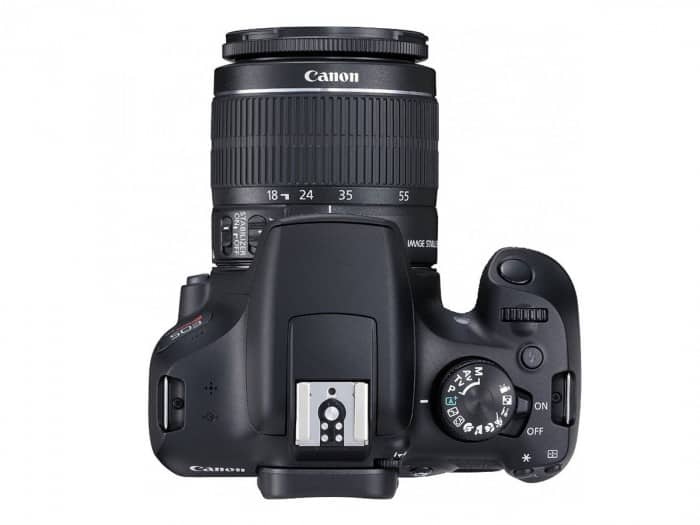 Will the new T6 win a spec-war. Doubtful. Then again, when was the last time specs-on-paper resulted in great art? Keep in mind this is a value-priced DSLR shooter in a proven Canon body (I’ve bounced my Canons off the ground more than a few times and lived to tell) that costs only $550. And, the package includes a kit lens that is also capable (EF-S 18-55mm f/3.5-5.6 IS II).

Sure, 4K! can come in handy in some applications. Casual shooting and videography, to my mind, is not one of them. No 4K! … the first refrain every pixel peeper on the planet returns to, time and time again. If all that mattered was that one spec — 4K! — then why wouldn’t Hollywood just shoot films on an iPhone 6 or 6S. After all, both those phones have… 4K! The answer probably lies in the fact that there’s more to a camera than just that one spec. Usability, quality of the sensor, processor logic, and a whole bunch of other “stuff” (let’s call it) conspire to produce an image. Canon has decades of experience in this area, and it’s why many of us lust after that gorgeous Canon image, especially the way most of their cameras render skintones. I have the new RED Raven on pre-order, but I’m quite convinced it won’t instantly make me a better video creator.

I’ve been shooting for almost 10 years on Canon. Recently I added a C100 II cinema camera to our Stark Insider video vault. Can I see the difference between that and my 70D and T2i? Yes. As you might expect, the $5,000+ camera does produce a better image. Is it worth thousands more than what you can get out of the amazing 70D? Only you can say. Here’s an example of a video I put together using just a Canon T6i with the 18-135mm kit lens. Mind you, it’s not identical to the T6, its slightly less capable sibling, but it gives you an idea of what to expect when shooting with a Canon DSLR.

Canon, Please Give us Focus Tools

4K! aside, one thing that makes me scratch my head: Canon’s reluctance to include proper video assist tools in its lower-to-mid-range DSLRs. The 70D is fantastic. As surely the new 80D will be, and T6, but why doesn’t Canon provide focus peaking, for example? Competition do — namely Sony and Panasonic — and it makes the camera much easier to use when manual focus is preferred, or the only option available (often in low light, manual focus results in much better accuracy).

Also, another nit: Why does canon insist on marketing the video capability of many of its DSLRs as “Full HD” (1080p)? Would we really expect anything less?

Pre-order pages are up. You can get in line for a Canon EOS Rebel T6 at Amazon. The T6 is expected to ship in April.

The only thing left for you to do is … imagine and create.

If you’re looking for a DSLR buying guide, with a wealth of information I highly recommend the ones you’ll find on Digital Photography Review (dpreview.com). The team at DPR does a great job, and are widely considered the gold standard when it comes to camera reviews and news. Clinton

Cameras mentioned in this article: