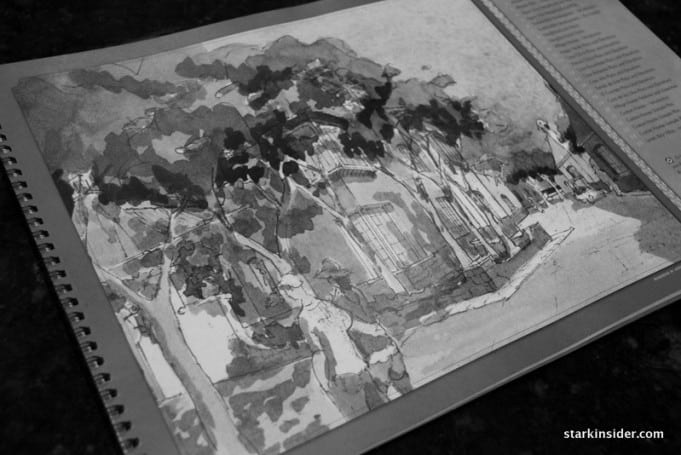 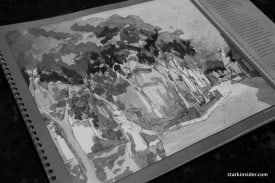 Before the blood of Coronado. Before the man in the white suit who handed me a beer in San Javier. And way before I began to “connect the dots” during a five-year Baja adventure that would lead me high into the Sierra de la Giganta, down the backstreets of Loreto where I’d make the most unlikely of alliances, and exactly one day before my buddy, the ultimate playboy, Murphy Gamble* would hold an outrageous, over-the-top Silicon Valley party (at least from what I can recall) celebrating the launch of a new fund, there were … watercolors.

How do you start a sales pitch?

You need to sell the dream. Engage the emotion and fan the flames. The goal: wide-eyed lust; with a pinch of fairy dust for good measure.

It’s kind of like Al Pacino in the film Glengarry Glen Ross when he seduces a reluctant buyer in a dimly lit lounge. Poetic language, getting to yes, and artfully deflecting objections are all part of the game.

Oh, and, yes, alcohol most certainly helps. It is the ultimate inhibitor reducing agent.

When it came to the Loreto Bay development, the sales and marketing team would propagate one massive happy dance. Buyers would line up, after a day of touring under the sizzling sun and downing margaritas, and frantically place red dots on their chosen lots, which, back in 2005 were literally lines in the rough sand next to the Sea of Cortez. Yay, they let me spent $1.5M on a seaside lot! It was like winning the lottery; at least at the time it felt that way.

The euphoria by the sea would extend far beyond just the tiny seaside village of Loreto, of course, as the nation — and the world — were swept up in perhaps the largest real estate craze in the history of civilization. The hangover was massive. Institutions like Goldman Sachs and Citibank that could not, would not fail, failed. The banking system, heretofore a model for the free world and an icon of Western democracy, collapsed. It seemed like everything was a mess: the Public sector, the auto and health-care industries, and venture capital here in Silicon Valley was dead and buried.

About those watercolors then. Who else but a long-haired, soft spoken, artistic type — possibly still living in the 60s — could create a dreamy vision of what Loreto Bay, a massive 5,000 home resort development with planned beach club and Venice-like estuaries, might look like some day, far into the future?

Ayrie Cunliffe was just that artist. His watercolor renderings of the villages, with European-inspired walkways, blue skys and neighbors chatting were winners. The proof was in my wife Loni’s wide, lustful eyes: this is paradise!

So when Manny Cordova*, our energetic and personable sales representative, presented the large 26-page spiral-bound brochure to us at a coffee shop across from Loni’s office the deal was pretty much already closed. Where is this magical land where dolphins might jump out to greet us (page 6)? Or where artisan, handcrafted “cupolas” sit atop small casas where they can cool the home and an Ecoscapes nursery sits nearby, seemingly replenishing the land (page 7)?

The easy part was selecting the floor-plan. Loni and I like to buy in on the low end of any development. It was a strategy that had worked well in the past, in Vancouver, and I was impressed with the real estate acumen Loni had accumulated over the years. It wasn’t for me really, but I was a willing spouse — in marriage, “willing” takes on whole new meaning, yes? My vote: what she says.

A few years later, I’d be deep into my own set of problems, amazingly connecting the meeting taking place this day with a research lab in Livermore, California and then back to the most mysterious of compounds being built by some Nordic syndicate over in Scorpion Bay, which sits on the Pacific side of Baja California Sur.

My friend Murphy, turns out, would have more than a small role in the troubles that would transpire over the next few years, and his connections and interests were just as secretive as they were impressive: the Citibank resort investment arm, Kleiner Perkins, his friendship with Larry Ellison and their shared love for racing yachts, his affinity for Hollywood culture and “glam girls” as he called them, and his work ethic which seemingly meant simultaneously working and partying twenty-four hours a day.

The Nueva Chica (or “New Girl” for those North of California) on page 13 was pretty much the entry level (aside from the Casa Verde or as the Loreto Bay sales reps would jokingly refer to it: the “cement tent”) so this would be the floorplan we were interested in buying. After all, this was to be a future vacation home, a getaway. Unlike Silicon Valley, there was only one narrow, two lane highway in Loreto. It would be a most welcome refuge from our daily grind up and down 101, sitting in traffic for hours upon hours, inching our way up to Palo Alto, or over to Berkeley, or across the Bay Bridge to San Francisco where we’d sometimes sneak north to Bodega Bay as fog descended on the Golden Gate Bridge.

“So how much?” Loni asks our sales rep.

Manny waved his finger, and smiled, “I’d love to tell you, but before I can reveal the pricing, you need to sign up for the POP!”

The what? No doubt, a well-oiled sales machine, Loreto Bay Company, or the Trust for Sustainable Development (T.S.D.) as it was known legally, had perfected the art of the velvet red-rope. Cachet — you want even more what you can’t have easily. POP we learned stood for “Priority Opportunity Program.” Potential buyers had to pony-up $5,000 for the privilege of joining. A better name might have been the “Tequila Fund I”. No doubt, these up-front commitments did qualify buyers, but somehow I’m guessing it also afforded many a liquid lunch.

The following month when we did finally head to Loreto for the first time in February of 2006, we’d be wined and dined, finding ourselves with a taco and margarita in our hands seemingly only 30-seconds after hitting the tarmac at the little LTO airport.

But first, we had a few more questions, like where do we buy groceries?

It’s European style, you walk to the local bakery, pick-up a baguette, some cheese and wine, then head back to your casa where you can enjoy a tranquil evening watching the sun set.

What about energy consumption, and things like utilities to the home?

We’re all about sustainability. The land will be even better off after we’ve dug it up and built the homes. See that on the map, up there in the hills? That will be a bio-energy facility that generate everything from wind and solar. The estuaries will create ecosystems.

Where do we park…

But before we could finish the presentation at the coffee shop in downtown San Jose, my BlackBerry was ringing. It was Murphy Gamble.

“Clint, get your ass up to Atherton — tomorrow night, 1am after the game. There’s some people I’d like you to meet at the party.”

Typical, I thought as I smiled. Murphy was all about the excitement, no time for small talk. I found it quite amusing that he knew that I had a hockey game in Fremont. The guy was in the know. Our chemistry and timing always seemed in perfect sync. Either that or I was living vicariously.

I agreed to drop by, and was about to hang up, when he told me he was wrestling with a critical issue that required my vote.

“Sharon Stone just finished filming Basic Instinct 2. My date and I are heading up to Berkeley now to meet her for dinner. What do I take? The Ferrari 550 for the glitz, or 911 Turbo for the power …?”