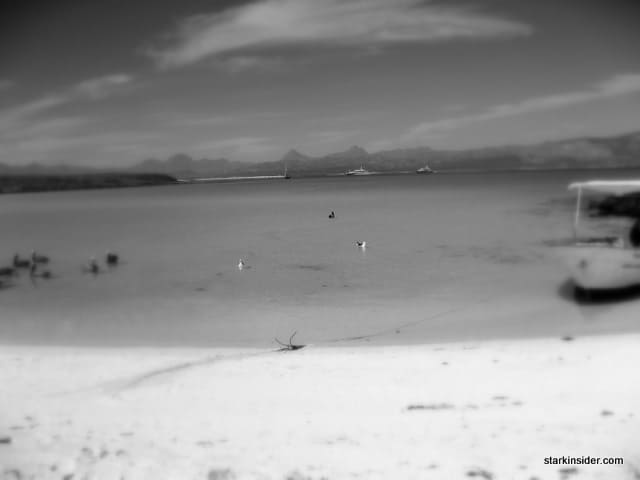 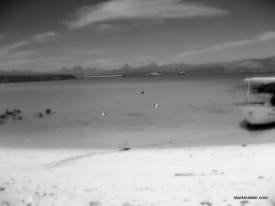 They say you can’t believe everything you read. But seeing is believing, right? I don’t trust my eyes though on this day, wading here in the Sea of Cortez a few hundred feet from the white sandy shores of Coronado Island. Call it the Baja mystique. Jacques Cousteau dubbed the blue waters here “the world’s aquarium,” and John Steinbach wrote famously of adventure and discovery. To me, though, on this sweltering day, it just feels muddled.

It doesn’t help that once again my pale, freckled skin is burning under the rays, or that suntan lotion is dripping furiously into my eyes.

Almost blind, I squint and look for my wife Loni who was somewhere on the beach last time I checked, swiping her iPhone endlessly. But she’s not there. Shakira’s mega-yacht is, however, still docked a mile or so off-shore. Small jet-skiis buzz around like so many water bugs.

The story of buying a home in the Baja had turned out to be much more complicated and far more adventurous then I ever anticipated. Choosing paint colors and selecting furniture packages would pale in comparison to what would happen next.

Panga boats bob up and down against the shore. A few hours earlier guides whisked us across the Sea. A school of dolphins appeared ecstatic to have a visit as we passed through, so close we could almost pet them.

But now something didn’t feel right. Blasted leg, again, was itching like mad.

It’s 2009. Three years earlier we had bought a home in the Loreto Bay development. Actually it was a plot of dirt, a dream really. One that would ultimately see the construction of some 5,000 homes along the relatively untouched desert land in a place called Nopolo, twenty minutes south of the town of Loreto. Us go-happy vacationers would buy into the vision, and plunk down hundreds of thousands over several years in painful construction draws, each one a theoretical step closer to a reality of a two-bedroom getaway, a little home we’d later name Casa Del Lagarto Azul.

It wasn’t the first time waves of incongruity would consume me. Partially dazed here in the warm waters, I found it peculiar that now it would all start to come together, the various events, encounters, and oddities that at the time were perplexing to me. Twisted logic, perhaps. Bizarre now became somewhat normal, or so I thought. A venture fund called Misty Trails II based out of Atherton back home in Silicon Valley is where a lot of the trouble started. I may never know why I had come to be in the middle of a deal that involved Nordic investors, a complex of questionable motive over in Scorpion Bay, and an experimental brain research project at a lab in Livermore, California. At least I could begin to connect the dots.

My heart is pounding now, and I’m not sure why.

What started as a conundrum was becoming crystal clear in its definition. I really never thought I was in danger mind you. The man in the bar in San Javier; the little boy I chased down Benito Juarez in Loreto to a small home where I made the most unlikely of friends; the wild party in Atherton with the pool party and chocolate fountains; and the time I inadvertently  stumbled upon a somewhat shocking “operation” in an underground research facility in Livermore… it all seemed benign. Years later, context changed all of that and possibly the noxiousness of being in the wrong places was finally catching up to me.

I still can’t see Loni. Where is she? At shopping malls I can understand the disappearing act. That’s the m-o. You go into the store, and I wait. And wait. Then wait some more, before deciding to come in for a “rescue operation.”

Come to think of it, where the heck did the Panga boats go? I can still smell the BBQ from the makeshift grill the cook had assembled for a pleasant afternoon of surf-and-turf.

The itching in my leg had become unbearable.

When I looked down, my head dizzy from the heat and onrush of thoughts, I saw tiny droplets. They were beautiful, exploding into red tendrils and slowly fading into the crystal clear sea. Gorgeous nature, I thought. Fascinating and resplendent. My faculties moving in slow motion it took almost a minute — at least it felt that long — to realize the blood was coming from my leg. Lots of blood: light red, medium red, and dark red. It spilled from my leg into the sea.