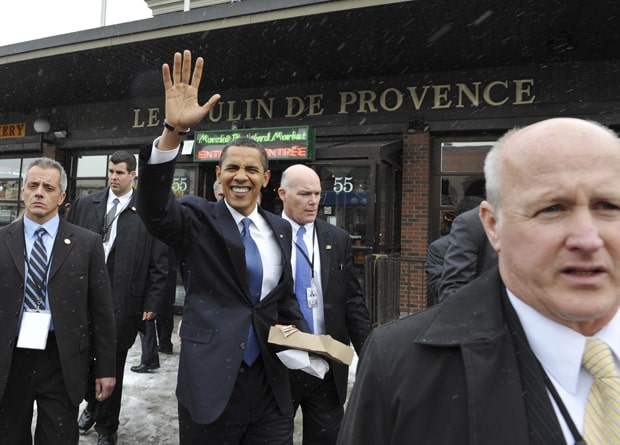 Last December we ran our “All Things Canadian” series as we enjoyed a snowy week with family and friends up in my hometown of Ottawa, Canada.

It seems like Obama made quite a positive impression on this government town as he completed his first official trip outside of U.S. borders as the President.

There are many stories and updates coming out of both U.S. and Canadian press; most centered around contentious issues such as the 7-year old war in Afghanistan, the Iraq war, and, of more recent concern, protectionism.

But my favorite so far is this one I just read in the Ottawa Citizen about Obama’s surprise visit to some shops in the Byward Market to pick up souvenirs for his family. Every Canadian of course will recognize the most famous: the BeaverTail… that sinful fold of pastry and sugar excess that somehow seems so Canadian, so “canal”, so winter.

The staff at BeaverTails were quick on their feet, and served up a special ObamaTail, using chocolate and maple syrup to craft an “O” on top of the pastry (this will come in handy the next time Oprah visits).

Here’s a link to the Ottawa Citizen story, with photo.

For those who missed it the first time around, or just can’t get enough Canadian good times, here are the links to the series we wrote in December.