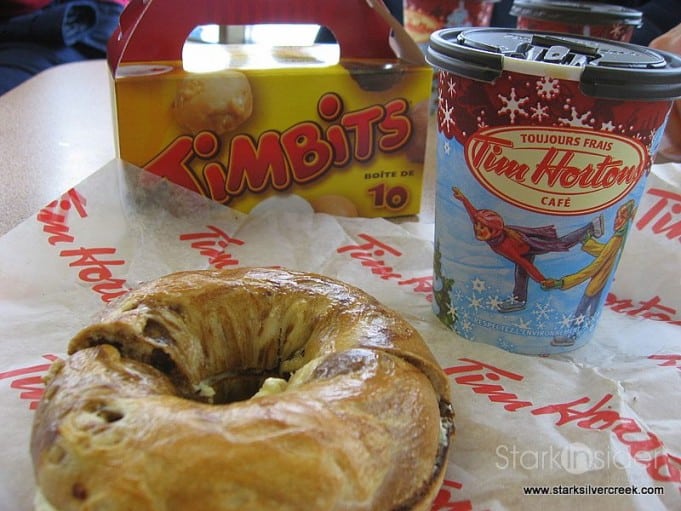 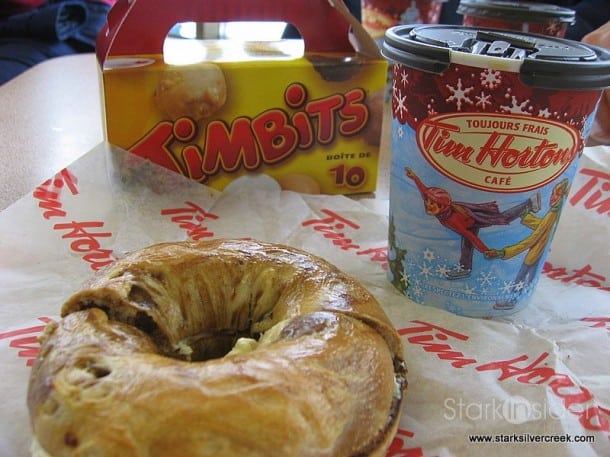 The Tim Horton’s chain can be found dotting street corners across the Canadian map spreading good cheer, it’s signature Tim Horton’s coffee, and fresh donuts and Timbits (donut holes). It’s claim to fame started with donuts, but since then it has expanded to sandwiches, bagels, and soups.

The first of it’s kind started in Hamilton, Ontario (where I went to McMaster University for undergrad) in 1964. Since then it has spread to 2,800 locations in Canada and 400 locations in US (sadly, none in California or any west coast state.

When I lived in Canada, sadly, I took this donut hangout for granted. However, after I moved to California, I started getting cravings for their legendary Tim Hortons coffee. I must not be the only one because this special blend is sold in cans at Tim Horton’s stores for those that can’t wait to get to one of their drive-thrus for a cup of Time’s Joe or so they can bring it to a Tim-less land. You can also purchase their coffee online. 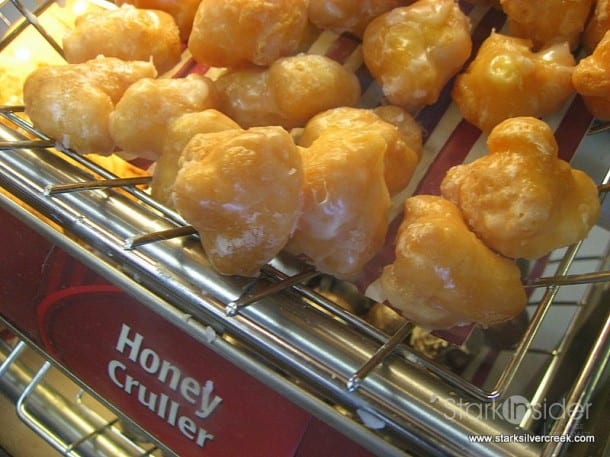 Besides their coffee, which seems to give me a special kick in the morning, I love their Timbits (donut holes) which comes in 35 different varieties. I am somewhat thankful that the only time I get to indulge in them is when I am in Canada. My favorite varieties are Honey Grulers, Sour Cream Traditional, Sour Cream Glazed and Jelly Filled (only when they are “really” fresh, else they are not worth it). I love pairing these Timbits with a Tim Horton’s coffee (black with a little bit of 2% milk). Ten Timbits are $1.70 CAN which is 17 cents a Timbit. I do remember a time when they were 10 cents a Timbit.

Finally, Tim Horton’s is a place shrouded with fond memories. Cold winter days, walking to the local Tim’s during recess or lunch for a couple of Timbit in  high school. Going to a 24-hour Tim’s during exam week in university for one of their sandwiches and soup to replenish a body and mind exhausted from studying.

…And now, memories of Christmas shared with family and friends. 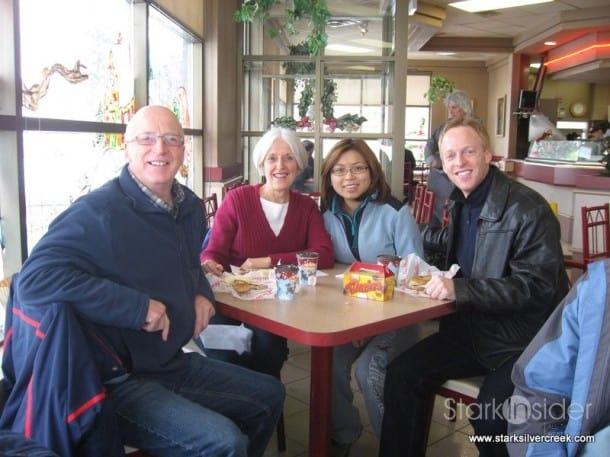 If you think I am getting awfully sentimental about a donut store chain, I am not alone. Tim Horton’s has collected over a thousand stories (most of them probably contributed by Canadians) on a site called “Every Cup Tells A Story” at www.everycup.ca.