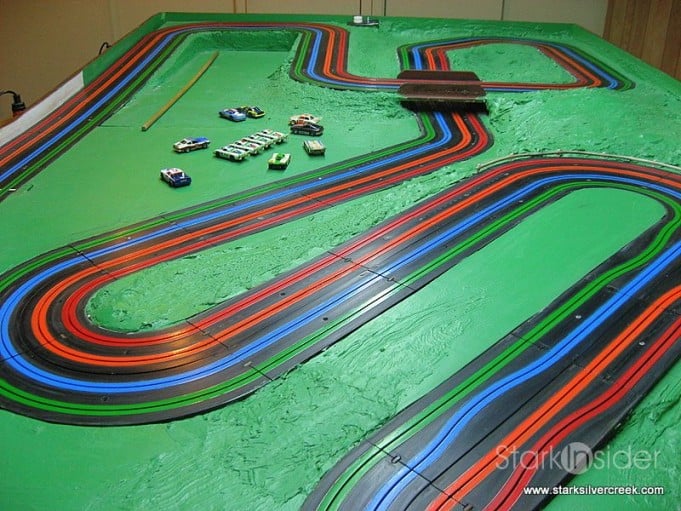 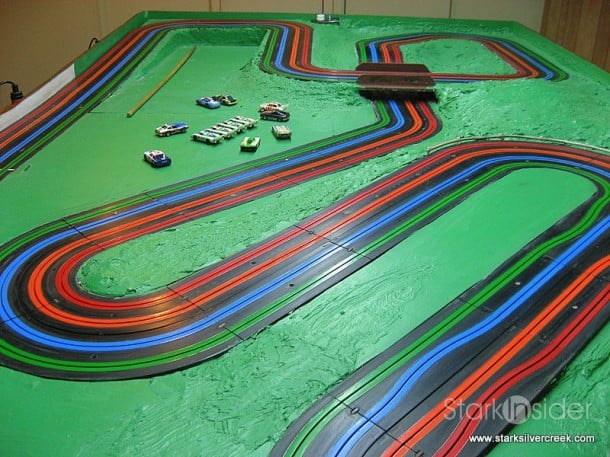 (UPDATE: There is also a video of this slot car track in action here… hours and hours of fun!)

Whenever I look at a ping-pong table I see the potential for a slot car track conversion.

My father had the same vision over 35 years ago when he fulfilled a 4-lane slot car fantasy. I grew up with the sound of mechanical, magnetized cars whizzing around a curvy track, with the occasional click of a stopwatch as my father set new lap records. The slight smell of oil and rubber wafted across the basement. 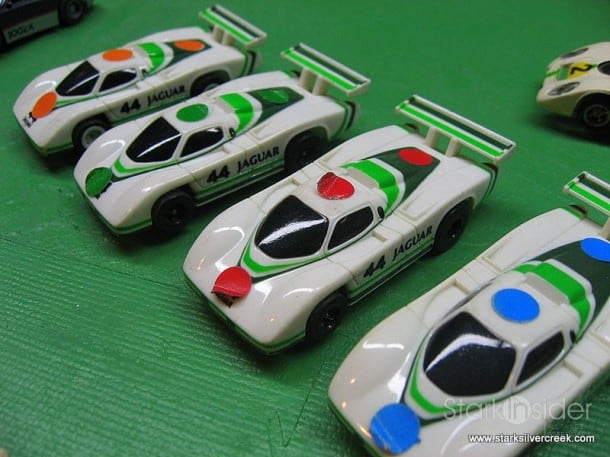 On weekends, the same room would fill with laughter, hollering, spirited discussion, and the heated intensity of a full-tilt slot-car tournament, where the most adult of competitive instinct is unleashed.

The track is 4 lanes, each with an individual controller. The cars are HO scale, and over the years the collection has grown to over a hundred different types from manufacturers such as Aurora AFX, Tyco and Life-Like.

I can remember learning how to disassemble a car. I popped of the outer shell (the easy part), and meticulously removed the motor cover and gears to reveal the magnet and brush assembly. This is where things got tricky. If the brushes were even slightly loose, the car would sometimes not run at all. Ensuring the magnets were clean, and the motor properly oiled was critical to maximizing performance. 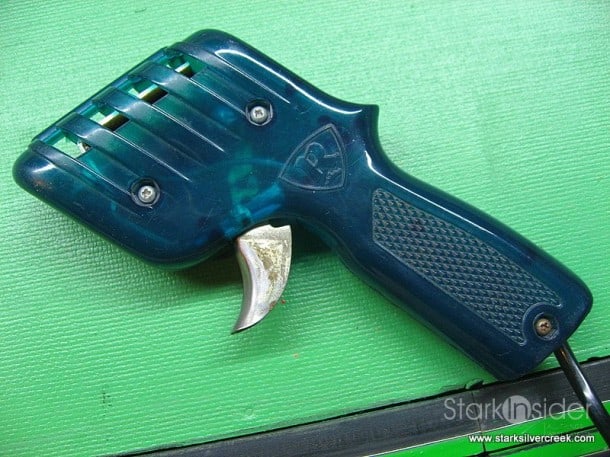 In later years the car motor design would evolve from this pancake approach to ones with stronger magnets and a vertically-mounted motor. The result is tremendous speed and less probability of a spin-out. But we all agreed sometimes the trade off was fun. The best races our families and friends had over the years, were the ones where two cars would battle for the finish around the last corner, with one driver perhaps a little too eagerly accelerating too long, and flipping out at the last turn, just after the chicanes.

So it was with great excitement for Christmas 2008, my father announced by email to the extended family, the raceway would be re-opening for a special race night in Ottawa! 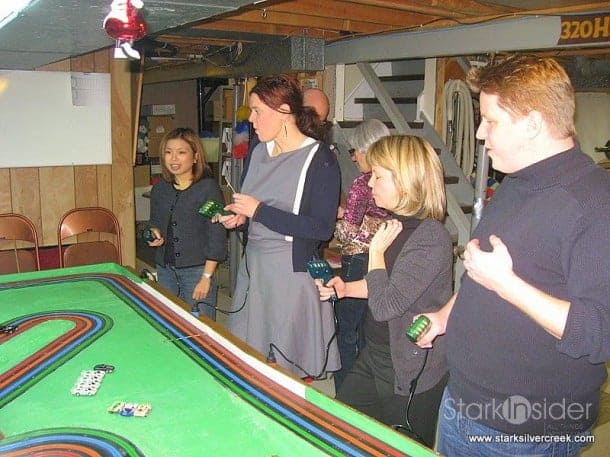 Like a lot of basements, the slot car track had found itself buried under storage boxes, old paint cans, and many years of my (and my sister’s) chilhood, grade school and later memorabilia. My favorite being the lederhosen outfit I wore proudly while watching slot car tournaments in the early 1970s.

My Dad embarked on an ambitious restoration project that would last several months. Removing boxes. Cleaning the track painstakingly with files and sandpaper. Testing the old brown transformers with classic Stark-like electrical wrapped wiring. Restoring each of the old cars individually. Vacuuming the green, hilly landscape that surrounds the track. And calibrating the controllers.

The last time we fired it up the speedway for a race was perhaps over a decade ago, maybe more.

Would it work? And would the now 30 and 40-something siblings relish in it as our baby-boomer forbears had years earlier?

The answer: a resounding YES!

Something magical happens when you hand someone a controller, flip the switch and watch their intense expression and concentration as their tiny HO-scale racer zips around the circuit. All that matters: getting that little car around as fast as possible, beating their fellow racers standing just as intently to the left and right.

“Marshalls”, standing around the table left, center and right across from the racers, are responsible for quickly replacing stuck, spun-out or stalled racers. This is not as easy as it sounds. Having drivers holler at you “Marshall, red car!”, “Marshall, green track!!” simultaneously is the ultimate dexterity test. Add in some colorful language, and it can also test your diplomacy. Many a lost race is, almost always unfairly, blamed on a poor Marshall accused of getting a car back onto the track too slowly. 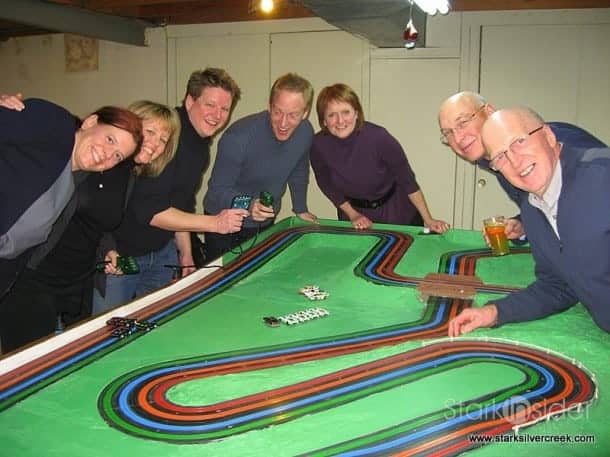 Our Christmas tournament consisted of 5-lap heats with up to 4 points awarded, the maximum to first. After each heat, racers shift to the left one spot. This ensures neither the particular track, car nor controller influences the outcome. It is all skill, all driver. The rotation also includes 4 marshall slots.

The first marshall slot is the prized “Grand Marshall”, a role that endeared Loni with all sorts of power, as this spot has control of the vaunted power switch. The race track can come to a silent stop at any time this person feels too many cars are displaced, a false start has occurred or due to a violation (a spilt beer, for example).

Cousins, uncles and aunts flew in from Vancouver, drove from Kingston, and trekked across the snowy streets of Ottawa to partake. The anticipation was high. And the result was a great time had by all. Even baby Oliver seemed to enjoy himself, at 6 months, an early start to what I predict to be a stellar slot car racing career.

Pictures tell a better story, and I’ve included a gallery below of the track, the cars, and racers.

You may wonder the outcome of our 2008 reunion race. I’ll just say someone in the family has a slight advantage having grown up surrounded by slot car professionals eager to teach him the nuances of pulsing the controller just right, pacing through the chicanes, and using the lane bends to subtly displace a racer on the adjacent track. Thankfully, this time I was not wearing my lederhosen.