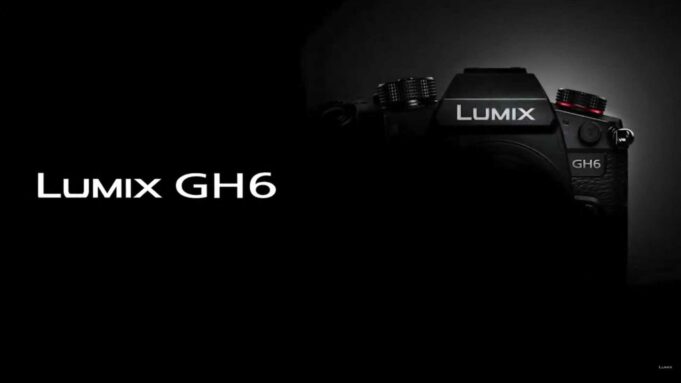 Turns out, like a lot of things under Covid, the highly anticipated Panasonic Lumix GH6 mirrorless camera has been delayed.

Per PetaPixel, Panasonic has published a short statement confirming that it had indeed delayed the release of the GH6 to “early 2022”. Pasted into Google Translate it reads as follows:

Thank you for your continued patronage of Panasonic products.

Regarding the mirrorless single-lens camera “LUMIX GH6” that was developed and announced on May 26, 2021.

We were aiming for commercialization within 2021, but it is expected to be delayed.

Currently, we are aiming for commercialization in early 2022.

We apologize for any inconvenience caused to customers who are waiting for this product.

Previously Panasonic had said it was releasing the camera this year. However, as we all know too well 2021 has been a challenging year for just about every single company that manufacturers… well, just about anything. And, obviously, that would include mirrorless cameras. Given the supply chain headwinds and everything else happening around the world it’s simply not a surprise at all that the GH6 would get delayed.

In any case, for many it might not be a big deal.

First off, if need be you can always just go ahead and buy the (still!) stellar Panasonic Lumix GH5. You get a lot of bang for the buck. For only $1,897 USD you get an amazing camera that packs a punch: 4K 4:2:2 10 bit video, 4K/60 for slow motion, 5-axis IBIS, HDMI output, dual SD card slots, filmmaking monitoring tools (zebra, waveform), V-Log for a flat picture profile that can easily be color graded in post, WiFi and Bluetooth, and more. All of that in a compact body that weighs only 645g. Pretty great.

Shooting Stark Insider videos and experimental short films I found the IBIS crazy good. So crazy good that I used it to shoot CRAZY OR DIE. Embed below.

Then there’s the fact that many video projects are delayed or on hold. Aside from corporate (where the GH5/GH6 would be well suited in many cases) things like live events, weddings and other projects where large numbers of people assemble are likely not back to pre-pandemic levels. So waiting until 2022 is probably not a big deal.

I will say this: Panasonic makes killer mirrorless cameras for video.

As a former Canon EOS diehard guy I was floored when I bought a GH5 in 2017. So, so good! From that point forward I used it (as well as a RED Dragon for studio stuff) for our Stark Insider video projects.

Regrettably I sold it earlier this year to build up the piggy bank a bit in anticipation of ordering a GH6 on day one. Oh well. Good things come to those who wait, right?

That fancy camera you’re drooling about? It’s just a tool…

Nevertheless, as I’ve said here before (ad nauseum I’m sure) cameras are cool and all that. At the end of the day, though, they’re just tools. People don’t worship paint brushes. Point the thing at something. Focus. Push record. And off you go.

My suspicion, just a theory mind you: the camera is the least important part of your or mine or anybody’s project.

Yes, true, some features are valuable and can help you achieve, for instance, a particular look (REDcode being a great example of an approximation to a digital film negative). But there’s so much more to any given project that will make more of a difference:

The script. The lighting. The camera movement. The acting. The sets. The wardrobe. The sound design.

Heck, even craft services and ensuring the people around you or well fed, happy and energetic will be way more important than whether you are shooting on a Sony Alpha something, a Panasonic, a Canon or a whatever the latest flavor of the month happens to be.

Have you ever tried to focus a full frame camera while shooting video with a lens stopped down?

What does a full frame camera afford you creatively that some other type would not?

Are you sure there’s not something else hindering your project?

Okay I admit, I do like sneaking in these little rants every now and then when camera news hits the wire.

The GH5 turned out to be one of the, if not the, most popular topics on Stark Insider, driving somewhat decent traffic to those pages. So it seems to be a very popular camera. No doubt its successor will be as well. I’m looking forward to putting the GH6 to the test in the new year and for years to come.