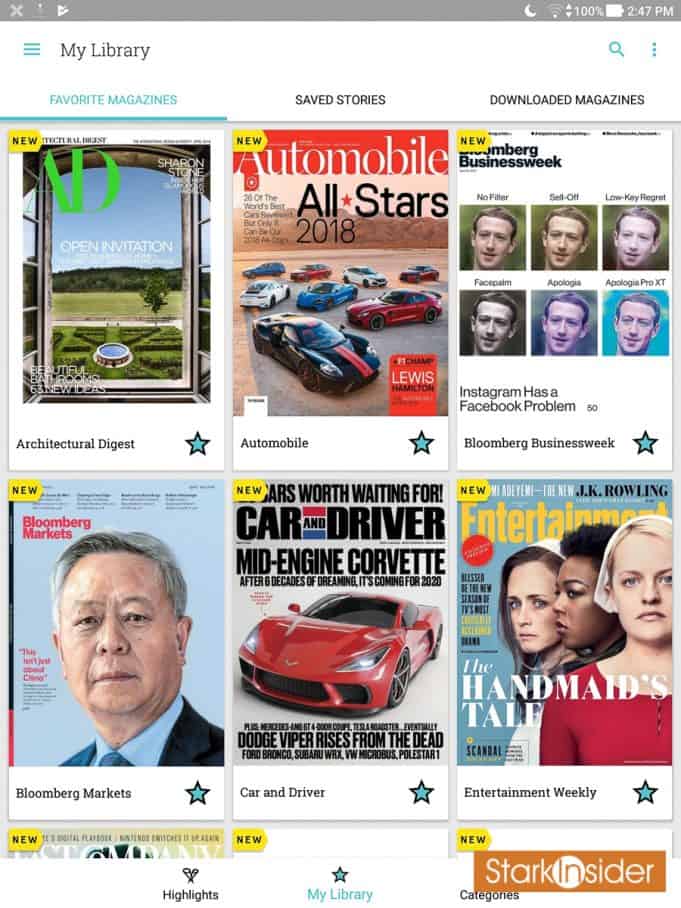 Texture is a great app. It wasn’t always. After some rough early years the start-up finally got it right, and today it’s easily one of my favorite apps for content. Now Apple has big plans for Texture.

If you haven’t heard of Texture before, it’s an all-you-can-eat subscription service for magazines. The pitch might be: Texture is the Netflix of magazines.

You pay a monthly fee and get access to a fairly length list of publications. All the big ones are here.

It’s an impressive roster. All told there’s about 200 magazines. Monthly subscriptions go for $9.99 per month (USD).

I’ve been a Texture sub for many years (even back when it was known as Next Issue in 2012). I like mostly for the car magazines, and, again, they’re deep here as well: Car and Driver; Road & Track; Automobile; and Motor Trend. I’m glad to see Apple buy the app as it likely means a strong future for the platform — albeit under a different name.

Now Apple is about to take the magazine subscription market to the next level.

Last month it acquired Texture, so the news isn’t exactly a complete surprise, but today Bloomberg revealed Apple would roll the app’s capabilities into its growing Apple News app. This is an interesting move. I suspect that others will follow — Google, Amazon most notably — with like monthly subscription offerings.

Bloomberg notes the integration plan is “is part of a broader push by the iPhone maker to generate more revenue from online content and services.”

As noted in the Bloomberg article, services are an increasingly important part of Apple’s revenue. As phone and tablet sales slow (as expected), companies need other income sources to pick up the slack. So companies like Google and Facebook and Amazon and Apple are increasingly looking for ways to loop in customers to high margin, repeatable revenue streams. Music is one example. Cloud storage another. So why not magazines as well?

Given all these emerging subscription services I have a prediction I’ve been pushing for a few years… that has yet to come to fruition. And that is companies will soon offer up bundle subscription packages. Much in the same way — I hate to use the antiquated example! — cable and telephone companies did in days gone by. So, imagine you could pick, say, a bunch of stuff from Apple. Music. TV. Books. Magazines. And pay a discounted monthly fee depending on the mix you choose.

In a way, Amazon does already do this.

Prime gives subscribing customers a way to access a bunch of cloud services.

My guess is it’s just a matter of time before the other majors like Google and Apple and Facebook do the same thing.

Meantime, with its Texture acquisition the Apple team has taken a relatively unknown service and is about to use it as a competitive wedge in the war for paying news and magazine subscribers.