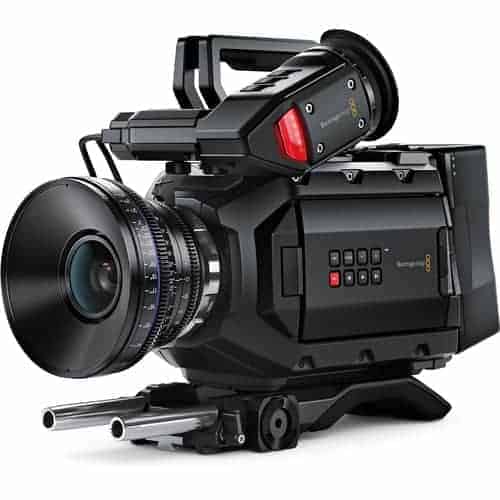 “Roll with the punches. Tomorrow is another day.”

You’re months behind schedule, customers are chomping at the bit, and, yet, you still can’t get your much-hyped product out the door. What to do?

With the URSA Mini 4.6K, the feature that got the ax: something called Global Shutter. It’s a nifty thing that reduces the “jello” wobble effect seen when a camera pans quickly left and right. For videographers and filmmakers shooting fast action sequences (sports, for example) a camera with a Global Shutter can be the difference between producing usable footage versus a result that is unwatchable due to the blur and distortion apparent across the image.

Global Shutter is a feature normally seen is far more expensive cameras. Yet the URSA Mini 4.6K costs only $4,995 — and is available for order (finally!) today via Amazon, Kellards, Adorama, B&H Photo Video, among other online and retail locations.

If you’re like me, the URSA Mini 4.6K was the cat’s meoh when it was announced. Last April (seems like eons ago) at NAB I wrote that Blackmagic had stolen the show. The Mini was phenomenal; at least on paper that is. The industry was shaken, but, as it turns out, not necessarily stirred. The faced delay after delay, and seemingly would never ship. It didn’t help that the Australian-based company was mum on the whole situation, and apparently not too eager to communicate openly with customers who had pre-ordered the URSA Mini 4.6K. Shame that.

Then RED came out swinging later last year, announcing the new Raven 4.5K cinema camera. Priced at “only” $5,950 it was the famed company’s lowest-priced camera to date. For me, it was an easy decision. Await eternity for the URSA Mini, or plunk down $1,000 deposit on a Raven, which RED said would ship around March/April of 2016. I went RED, and am looking forward to using the Raven for shooting our artsy/music video type segments here on Stark Insider. For run-and-gun I’ll likely still go with the every reliable Canon C100 II (and 70D!).

Tech Marketing: Blackmagic and the Art of Re-positioning

Because Blackmagic took out the Global Shutter feature from the new URSA Mini 4.6K camera it had some explaining to do. In the world of tech marketing especially here in Silicon Valley we like to call that “positioning”… or, more interestingly in this case, “re-positioning.”

Is it any coincidence that Blackmagic made its URSA Mini 4.6K shipping announcement on the very same day that RED Raven allocations began?

The BMD team, credit to them, were quick on their feet. In the email announcement and PR that came out this morning, it was noted that “professional cinematographers and DOP’s” had extolled the virtues of the Mini 4.6K’s “wide dynamic range” and that, since that feature required the Global Shutter to be turned off, it made little sense to further delay the camera. Fair enough.

And here’s how BMD have re-positioned the two products — the existing URSA Mini 4K and Mini 4.6K (which uses the highly anticipated new sensor):

I say well done. The story hangs together. And, although many will be disappointed even further, that after all these delays the camera doesn’t even have a heavily advertised feature and yet doesn’t see any reduction in price, we all know and understand the complexities involved in bringing to market a sophisticated, highly capable camera for such a bargain price (mind-blowing, really).

“We’re deeply sorry that it has taken much longer than expected to ship the Blackmagic URSA Mini 4.6K and Blackmagic Micro Cinema Camera, and extremely disappointed that we are unable to deliver a feature that we had previously announced. ”said Grant Petty, CEO, Blackmagic Design. “As an engineer, I have always felt that my job is to build a stage for customers to perform on, but until we ship a product we never know what kind of stage it is. This camera is truly amazing and images are just so filmic. The beta test cameras have been received so well that they have already been used on national campaigns and feature films. The images they have shot so far are way beyond anything we could have imagined when we first started making cameras, and I can’t wait to see all the incredible footage that will be shot on the new URSA Mini 4.6K camera.”

Ultimately, the decision was to: (1) delay further and try to get the Global Shutter working properly; or (2) concede, ship the camera as is today and generate revenue that could be helpful in further R&D efforts down the road. I believe the right decision was made.

In other news, today is a big day for those of us who pre-ordered the Raven cinema camera from RED. The company — led by the flamboyantly charismatic, slightly manic, and ever entertaining Jarred Land (based out of L.A.) — said that allocation emails would go out today. Information should include when we can expect to receive the Raven camera, presumably based on deposit timestamps.

Is it any coincidence that Blackmagic made its URSA Mini 4.6K shipping announcement on the very same day that RED Raven allocations began?

Both Blackmagic and RED are clearly competing head-on in the sub-$10K cinema camera market with the URSA Mini 4.6K and Raven, respectively. Though more expensive, the Raven is close enough in price to give pause, especially given the track record the company has in the filmmaking industry.

Will the URSA Mini 4.6K Perform? 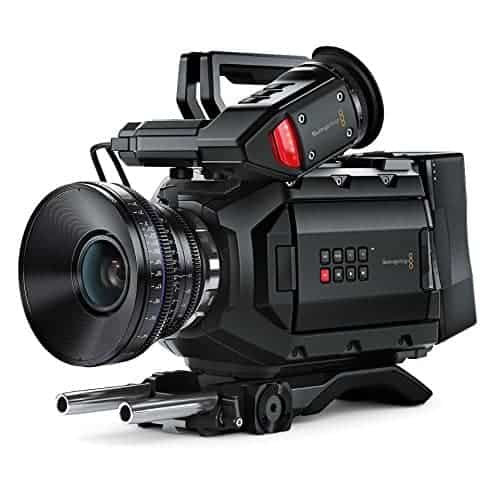 That is the million dollar question. Will the URSA Mini 4.6K live up to the lofty expectations built up over the past year?

Soon enough, test reports and videos will flood the forums and Vimeo, and we will know if the URSA Mini 4.6K is a true sweetheart of a camera, or a dud.

BMD is known to issue rapid firmware updates for its new cameras. Such was the case with the Blackmagic Pocket Cinema Camera (a $1,000 gem) which was dodgy on initial release, only to blossom into an extremely capable, and much-loved product.

For now, we do have some impressive footage to fawn over on Vimeo.

Meantime, where’s that allocation email from RED… all hail the Bombsquad!

And the final word, from our inspirational friend Dicky Fox:

“Hey, I don’t have all the answers. In life, to be honest, I failed as much as I have succeeded. But I love my wife. I love my life. And I wish you my kind of success.”