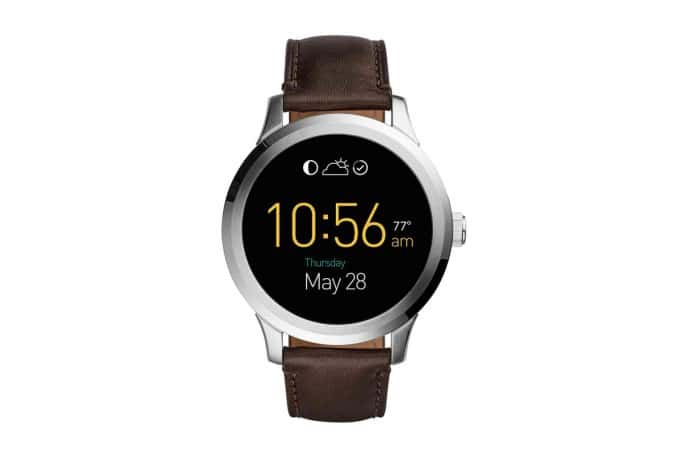 When it comes to smartwatches, at least as it stands here in 2015, there are two schools of thought.

On the premium side, you have makers like Apple, and Huawei — those targeting the fashionistas. They suspect their buyers value luxury when it comes to timepieces, and will pay $350 or more for the privilege of wearing something that amounts to more than just a device. Rather, their watches, so goes the thinking, are fashion statements. Hey, look at me! I’m more than just a watch! Where’s the nearest Burberry?

On the opposite end of the smartwatch spectrum is the emerging budget market. This segment likely was started as a result of three things: (1) the original Moto 360 price having dropped to only $150 earlier this year (that’s a pretty great deal for a well-designed watch); and (2) Asus pricing its little known, little loved Wear-based ZenWatch 2 at only $129; and (3) the increasingly popularity of low-priced (and ubiquitous) fitness trackers that are steadily adding more smartwatch-like functionality.

Casual watch maker Fossil appears to have fallen into the latter camp.

With its new “Q line”, Fossil is clearly targeting those who would rather not spend the same amount on their smartwatch as they do on a smartphone. After all — at least in my books — these things are merely accessories that extend functionality (mainly, notifications), rather than a whole new category of gadget.

Fossil’s smartwatch and bracelet line-up, announced today, looks like this:

Good stuff. However, Fossil is not just competing on price alone. Borrowing from the likes of Apple and Huawei and Motorola, the Texas-based clothing company is going one step further: these are actually stylish, dare I say hip?, watches.

Of the lot, the Q Founder will be of most interest to those of Wear fans.

Pebble and Fitbit, in particular, may want to watch out for the three sub-$200 models (Reveler, Dreamer, Grant) as these clearly fall into the Pebble Time and Fitbit Charge price ranges. Those looking for a simple smartwatch experience could very well cross shop these Fossil watches alongside the expanding range offered by Pebble and Fitbit.

Like Apple, Google (Wear), and Pebble, Fossil says that a proprietary app will power the devices, and offer “three main features”:

Q Curiosity – “These activities will ignite a new perspective, open up your creativity and leave our brain feeling refreshed.” Wow. Really? This should be interesting, quite some feisty marketing speak right there.

The holiday season for smartwatches is heating up.

Those well-heeled buyers and die-hard iPhone users will, no doubt, still lust for, and ultimately, buy an Apple Watch. No wonder. It’s beautifully made. And, though tricky to use at first, does everything with aplomb.

On the Android Wear front, Google really needs to give its wearable OS an overhaul. Released just one year ago it’s white, cutesy notification cards feel tired, at least aesthetically (for the most part, I find them convenient). With Tizen and the Gear S2, Samsung proved there’s still plenty of room for innovation in the smartwatch race.

For everyone else, I expect the likes of Pebble (Time $199), and Fossil to do quite well appealing to the casual buyer.

Ultimately I expect the smartwatch market will eventually crash.

As for premium positioning, I can’t see the market supporting much over $249-299 long-term — at least once we past this stage of initial curiosity.