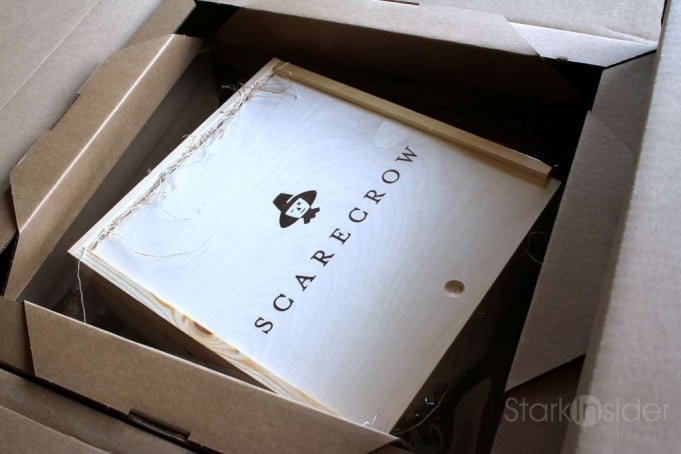 The results are in. And they are of the record-shattering, mind-blowing, could-not-possibly-be-true variety.

First: the average bottle sold at Premiere Napa Valley, one of the wine industry’s biggest auctions, went for $283 (wholesale). And you thought your $69 bottle of Chimney Rock Cab was pricey?

In total the PNV auction, which is held annually at the Culinary Institute of America (at Greystone), raised $5.9 million. That’s nearly double last year’s results.

But that’s not all.

The top lot was a real eye-opener.

A lot of Scarecrow wine (60 bottles of 2012 Cabernet Sauvignon) went for–in the words of the folks from Napa Valley Vintners–“an astounding” $260,000. That works out to only $4,333 per bottle. I’m telling you, you’re never going to look at that Chimney Rock the same way again. Or that Etude either for that matter.

Also, this is the busiest I’ve ever seen the auction room. It was standing room only, with large fans blowing massive amounts of air across the room in an attempt to keep things from boiling over.

If these walls could talk! Beautiful busks of Vintner Hall of Fame inductees stamped onto barrels encircle the downstairs room at the CIA where the barrel tasting took place in advance of the auction. I could only imagine what the likes of Robert Mondavi, Cesar Chavez and August Sebastiani would think about what has become of their tiny upstart known as Napa Valley.

I wrote last week about the frothiness of late in Silicon Valley – Frothy-Froth: How do you take your Silicon Valley? (aka Bubble Watch). If we measure the tech economy by the number of successful IPOs (and acquisitions) then does it follow that we should measure the health of the wine economy by the success of these kinds of auctions? Probably not. Though it is, perhaps, a small indication that discretionary income is fairly loose. It paints a pretty clear picture though: Napa wine, especially ’12 Cabernet, is very desirable among collectors and the well-heeled.

BY THE NUMBERS: Premiere Napa Valley 2014

Yes it’s worth, in this case, $4,333 (for the Scarecrow Cab, pre-retail markup) because someone was willing to pay that amount for it.

It’s not worth it from a true cost perspective. But wine is seldom priced based on cost, especially in the fine wine segment. What will the market bear? Or, what price will make a wine seem mysterious, unreachable for most?

Ultimately it comes down to supply and demand. If no one paid exorbitant amounts for wine, then we wouldn’t see exorbitantly priced wines. Los Angeles retailer The Wine House was the buyer behind the $260,000 Scarecrow lot. I’d assume most of those bottles are already allocated. Do you actually think Brad Pitt and Angelina Jolie drink their own wine? (I heard it’s pretty decent truth be told).

Loni Stark and I discussed the results on the way back to Silicon Valley. She likened it to art; there’s finite amounts of distinguished art. Collectors will pay to own something that few others can own, and in most cases in the world of original oil paintings, no one else can own. The experience is wholly unique. In a world of commodities, prizing the one, the only is estimable. Of course, there are differences. One obvious distinction with wine in comparison to art, is that the former is consumable. Art can be passed from generation to generation. A bottle of wine (at some point in its life) is opened. And therein lies even more of its allure – to share a rarefied experience with friends and family. How many times can you recall asking your spouse: Remember when we opened that such-and-such a year from such-and-such a winery? Or maybe Maya from Alexander Payne’s terrific film Sideways (2004) said it best when she gave this sage advice to Miles: “The day you open a ’61 Cheval Blanc, that’s the special occasion.” Or maybe she mean to say ’12 Scarecrow.

As I wandered the Premiere Napa Valley barrel tasting on Saturday morning another thought popped into my mind. These barrel lots are like the concept cars of the wine industry. Concept cars are, of course, showy displays of what could be. They excite car enthusiasts and writers, and demonstrate the latest thinking in design and technology. Mere mortals can’t buy them (though many do eventually find their way onto eBay). That’s not the point. If done right, concept cars provide a “halo” effect for the automaker. The resulting buzz creates a trickle down effect, that leads consumers to other models in the lineup. So, sure you might not be able to pay $4,333 for a special “Toto’s Opium Dream: Scene III” barrel wine from Scarecrow, but you can pay (lucky you) only $250 for an allocation of their regular stuff. After all, it’s made by the same winemaker (Celia Welch).

If there was a halo at Premiere Napa Valley over the weekend, it may very well could be seen all the way from Detroit. Almost every wine I tasted was magnificent (Keever, Continuum, Groth, Trefethen, Fairchild, Mt. Brave). More to come on that as I work my way through my tasting notes. That is, after I finish brushing my lips (again).

Napa version of Mardi Gras Looks Like This (Warning: Studio 54 is back)