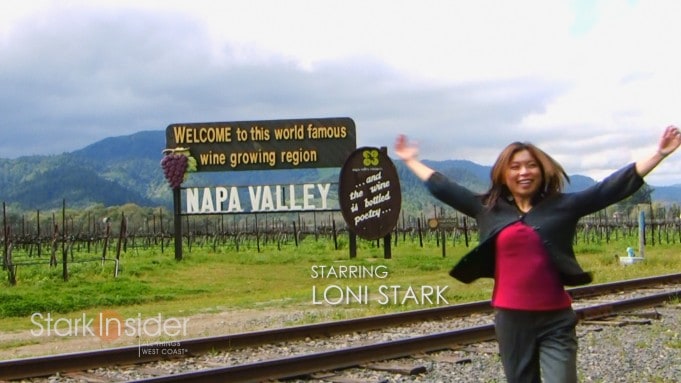 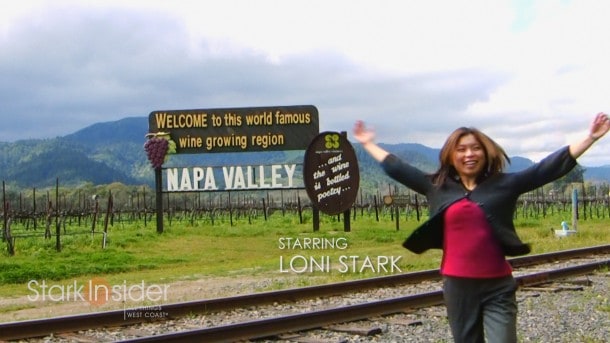 A quick heads up. Team Stark is on location for “Premiere Week”, an annual trade event that features barrel tastings, winemaker meetings, and a mega wine auction hosted at the Culinary Institute of America at Greystone.

If you see Loni Stark do say hello, but please do not ask her to replicate the infamous “spin” (aka Napa Dance) as seen in the photo above. She has forever banned Clint Stark from insisting she perform the “ridiculous” stunt.

Here’s some Stark Insider wine videos, and stories that you might want to browse:

If you’re new to Stark Insider, we’d love for you to tag along for #allthingwestcoast. SI is based out of San Francisco, and we try to shine a light on personable, unique and under-covered stories.

Stark Insider beats include theater, food and wine, Silicon Valley news and gadgets, and travel. We’re probably best known for our Stark Insider TV channel where you’ll find behind-the-scenes videos of Broadway shows, interviews with winemakers (not to mention a few explosions here and there), and interesting creative thinkers and do-ers including actors, directors, and artists.

Why should you get to know Stark Insider?

Hopefully because we’re different. A little quirky, yes. A little unpredictable, for sure. And a little silly too, no doubt. But, hopefully, different.

Team Stark will be on location in Napa Valley this week and through the weekend to shoot segments for upcoming episodes. Loni refuses to give me details on her schedule or whereabouts, which is to say: the plot thickens!

Thanks for visiting. We hope to see you at Premiere Napa Valley.

As we like to say from time to time: let the show begin…

THIS IS STARK INSIDER: