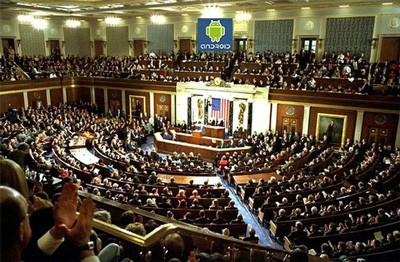 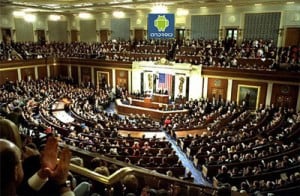 As I was tweeting the other day about Woz and smartphones that might some day be able to smell like humans (imagine that) I got to thinking about 2012 and the State of Android. So I decided to share 5 things (no doubt, random) that I’ve observed this year so far when it comes to Google’s impressive mobile operating system.

Interesting: “In the days of the punchcard we acted like machines. With voice, now machines act like us.” – @qhardy moderator #ChurchillClub

It’s impossible not to feel the presence of that lingering cloud. Not of the file storage variety sort, but that of the massively epic lawsuit going down in San Jose. The case is now in deliberation. I can only hope there’s a bucket load of Peet’s and a trailer full of Psycho Donuts on call; the juror forms are insanely complex (and the judge’s instructions took over two hours to deliver). So there’s a lot of unknowns as we head into the dog days of summer.

One thing I’m quite certain about: the upcoming ‘Superior’ Galaxy Nexus (or even the mythical Motorola Razr HD for that matter) is unlikely to woo would-be iPhone 5 buyers. Why do I feel so confident about that? Because this is Consumer America, and we are iPavlovian. It’s an astounding thing to witness. I admit, I’m fully committed too — though you’ll never convert me from my Galaxy Nexus — and own a MacBook Pro, iPad 3, and older iPod Touch (still pretty decent).

Also, yesterday I wondered if we had entered The Incremental Era. Is it time to re-examine Moore’s Law. A preposterous notion perhaps. But think of the last iPad (bigger?!), iPhone 4S (Siri?!), Mountain Lion (that’s it?) and the new Samsung Note 10.1 (half-baked). And that brings me to my first observation, that when it comes to rushing to market, sometimes less is more…

1. The Android new-model-a-minute party is over

Remember 2010 and 2011? Everyone was releasing new Android smartphones. They came in multiple sizes, with multiple battery capacities, and with multiple skins (HTC Sense, Moto TouchWiz, etc.). And they were all over the map when it came to pricing. All of this turned out to be a boon, and Android stole the market. Flash forward. That party is over. Now it’s all about major product launches. Flagships are the order of the day. HTC put some dying breath (though I believe they’ll bounce back soon enough) into the “One” brand. Samsung hit a home run with its “Galaxy” branding and S III launch. Motorola muddled somewhat, but successfully resurrected its Razr brand.

2. Apps are no longer a differentiator for Apple iOS

Every single app that I want on Android is available today in the Google Play Store. That was not the case even just a few months ago. But now we’ve got it all: Flipboard, Waze, News360, Facebook, Pandora and even the over-achiever … Instagram.

Back in the day, Microsoft won the OS wars by licensing Windows to virtually all comers. Google is doing the same with Android. Apple, though, is vertically integrated, and closed. It makes its own hardware and software, soup-to-nuts. What’s interesting is now Google wants it all. By selling direct (witness the sell-outs of the superb Nexus 7 tablet) and licensing, it’s attempting a tight-rope act that is apparently unparalleled at this scale. Based on market share, that strategy is working.

4. Android notifications are simply the best in the biz

Okay, a tactical one here. Yes I’m mentioning a feature. I’m all Lady Gaga for Google’s notification model. It’s untouchable. In Jelly Bean it’s even better. Why does it matter so much? Because notifications keep us informed, keep the business running, connect us in a timely fashion with others we care about, or headlines that matter to us. With so many social networks and online communities coming at us all-day, it’s the little things that matter – like having Android tell me the Giants beat the Dodgers 4-1.

5. “In the days of the punchcard we acted like machines. With voice, now machines act like us.”

I tweeted that quote by Quentin Hardy of the New York Times earlier this week when I attended a panel on the future of mobile technology here in Silicon Valley. Apple co-founder Steve Wozniak was a featured guest and had some zinger quotes as well (look for the recap of the Churchill Club event here). Quentin really nailed it when he said that machines are acting more like us. Even Jobs and Woz knew it was important to humanize technology – Jef Raskin told them right there, in that famous Palo Alto garage, that “by adding just a little extra code” the computer could be less intimidating to the average user. With Apple Siri and Google Now, the last 18 months has undoubtedly seen the rise of natural language and voice. There’s much more to come. One under-reported feature of the new S III is that the phone is actually watching us. And if we’re not watching it, the over-worked Android will go to sleep. How sweet!

What next then? As one Stark Insider commenter put it:

“Your computer will read your voice and body language at the same time. Multiple microphones and cameras pointed at your face will precisely locate your mouth, ears and eyes. Bose like noise cancellation will beam form on your mouth for input, and your ears for output to you.

Needless to say your computer will know when you are stressed and about to make a bad decision and try to temporize while it feeds you options in a soothing voice with soothing warning that the light has changed. Don’t walk.”

Oh. And here I was thinking weather widgets were cool.