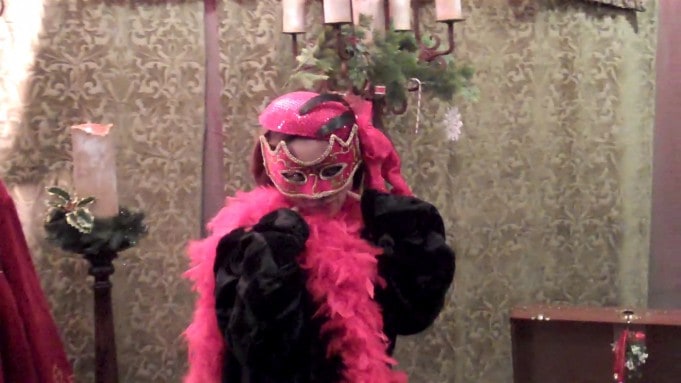 “Genius is meant to be observed, not talked about.”

Green Day’s Billie Joe Armstrong kicks things off. Their landmark album American Idiot was adapted into a one-act musical here in 2009 before heading to Broadway. Based on a book by Armstrong and director Michael Mayer, the brooding rock ‘n roll concept went on to earn two 2010 Tony Awards, and a nomination for Best Musical. Artistic director Tony Taccone was instrumental in the play’s development.

Also, you’ve got to respect the way the Rep keeps it real, and lets a few f-bombs fly. Who says theater isn’t edgy, especially on Addison Street?

But why on earth is Loni in costume (0:58), and what exactly is happening in the Lobby of the Roda. The clue can be found here… ah the rogue days of Stark Insider. Yes, there’s tremendous talent in this vid, but I have to say Loni’s performance — “uhm” notwithstanding — is astoundingly amazing (and profound).

WATCH: What Will You Discover at Berkeley Rep feat. Stark Insider’s very own chica