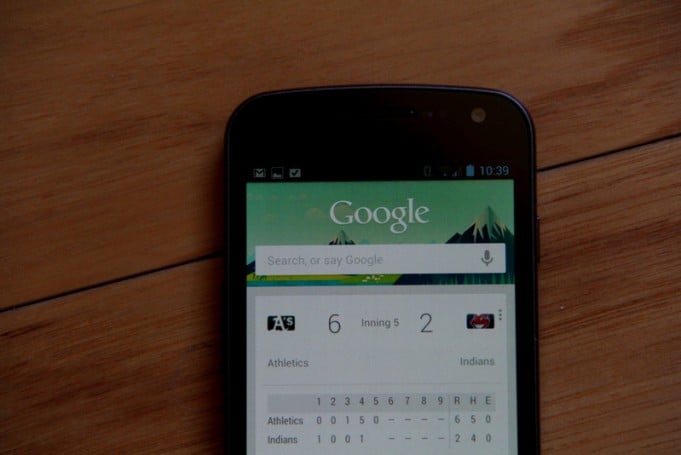 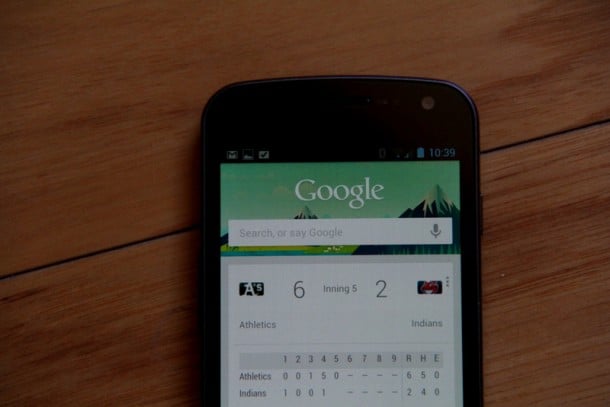 Google Now is one of the niftiest features of Android Jelly Bean (4.1). As I’ve written before (Google Now – What about the 49ers?), though it’s imperfect, I like the way it attempts to learn my behavior and preferences. Based on what Google knows, and its relevance to my particular context, the mobile computing experience becomes infinitely more useful and productive.

For example, last night I needed to be in Berkeley for the opening of Chinglish at Berkeley Rep. Just over 90 minutes before the 8pm curtain, a notification on my Nexus came up informing me that if I needed to make it on time I needed to leave then. Clicking on the notification brings up a Google Now Card with more information, which I can then click through to get directions. With virtually no effort on my part, Google had me on my way, arriving with just enough time to enjoy a Raymond Chardonnay before the show (which was great).

And there’s even more to Google Now, aside from routine things such as directions and weather. It seems to even know about what I’ve been searching for on Google (insert privacy concern here) and attempting to present me with related information and updates.

Now, Now gets even better.

Over on Google+ the team briefly announced that you can now add your favorite sports teams (140 of them), see movie showtimes, and also receive emergency messages such as storm warnings and earthquake alerts. To activate the new features go to settings on Google Now. It may not be immediately obvious where to find the menu. Here’s how.

1. Go to settings in Google Now

Hold down home and swipe up as normal to pull up Google Now.

Scroll down to the bottom until you see “Show more cards…” and to the right click on the menu (the three vertical dots).

You’ll see all the settings here. There’s quite an extensive list already (flights, travel, traffic, weather, places) and it appears as if adding even more functionality will be a priority for Google. 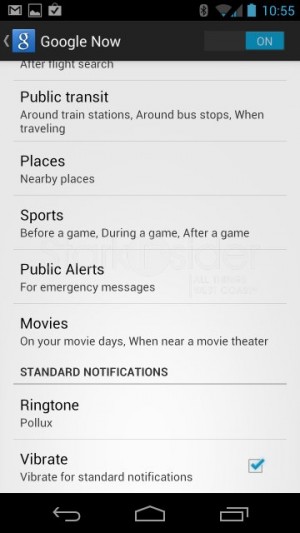 3. Click on one of three to configure each service.

Sports Team: You can choose a favorite sports team by choosing from a long alphabetical list that includes all the majors (football, baseball, basketball, hockey, and even soccer). Then choose when a card appears: Before a Game, During a game, After a game – or, do what I did and select all of them. 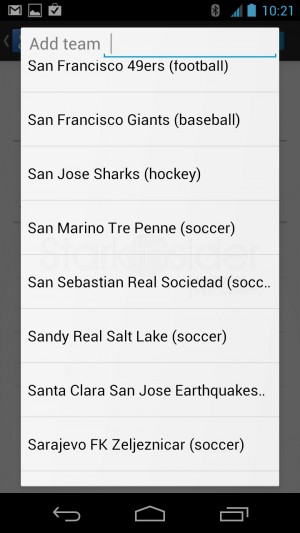 Public Alerts: There’s not much to set here, aside from turning this service on or off. When activated you should see storm warnings, earthquake alerts and “similar events.”

Movies: I watch films mostly at home (no sticky floors, or chair kicking) so this one is not such a big deal. But for many who enjoying the traditional theater-going experience this could be sweet. Select “When near a movie theater” to have Google Now show cards based on your location. Also you can select a feature whereby Google is more likely to show you movie cards on days when you search for movies. Nice!

If you have Jelly Bean, make sure you’ve applied the latest Google Search update from the Play Store, and then follow the above steps to make your Android smartphone even smarter.

I’m convinced this is the way forward. To borrow an expression from a recent technology panel at the Churchill Club featuring Steve Wozniak, in the future mobile devices will need to act more like humans. Or as New York Times moderator Quentin Hardy so eloquently put it, “In the days of the punchcard we acted like machines. With voice, now machines act like us.”

In the long-term Google Now could be the killer differentiator, the one that ultimately puts Android leaps and bounds ahead of Apple. A lot of that has to do with the 10+ year investment Google has made in search, and the massive amount of user behavior data it has accumulated over that time. Apple has Siri, but it doesn’t have the underlying knowledge graph. In fact it’s behind Google when it comes to the social graph too – hence the rumors that Apple needs to acquire something like a Twitter (or as I suggest Pinterest).