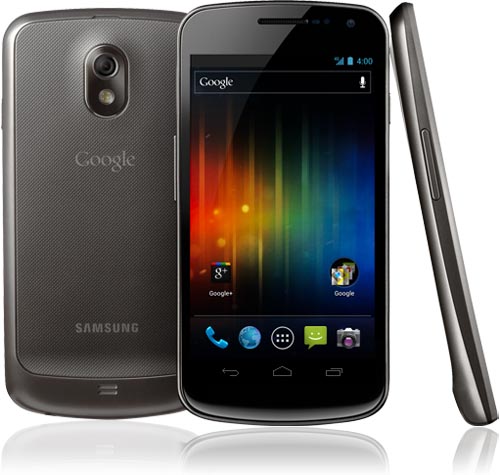 UPDATE 11.16: The latest rumor has the Nexus arriving on Black Friday (Friday, November 25).

UPDATE 11.16: Word has it Nexus is delayed until early/mid December.

UPDATE 11.17: The reviews are in! One is calling Nexus “One of the best smartphones ever made” -> full story.

Greetings from the Baja. The big question of the day: when will the Samsung Galaxy Nexus land? We do know the UK will get it first, though there is some confusion around the exact launch date. We’re expecting to see it in the US later this month, or in December–some of you may have the scoop on that. Count me as non-plussed concerning the delay. I’d like for it to hit stores once I return back to Silicon Valley. Selfish, I know.

Why the big deal over Nexus?

Nexus will ship with Ice Cream Sandwich, Google’s latest edition (4.0) of its hot Android mobile OS. It’s apparently a significant upgrade, with many interface improvements and an entirely new approach to how applications are launched. Many of us will be watching to see if Google falls flat twice in a row. Its Honeycomb OS was a bomb, ultimately not making inroads against the iPad in the tablet market.

These are the 3 flagship Android smartphones for the moment. The end of 2011 will be known as the first of the “great 2-year upgrade cycles” for us Androids. Motorola Droid, the amazing phone that started it all for the little green robot, hit Verizon November 2009, eventually selling millions. So there are a lot of us ready to upgrade, with the choice likely to include the Samsung Galaxy Nexus, HTC Rezound, or Moto RAZR (only $199 on Amazon), for my money the one to get if you’re tired of waiting. For more, read about the Android upgrade dilemma.

I’m 99% sure I’m going Nexus. RAZR is thin, sweet, but I have concerns over the display quality and battery life (though, 4G LTE is widely reported to be a drain on any phone). The Rezound has better cameras, but I don’t like its bulky build.

Nexus has the aforementioned of ICS, which means softkeys for instance. BTW – is anyone else less than thrilled about facial recognition for an unlock screen?! I’ll continue to use the pattern or PIN; faster, more convenient.

You can surf Google News just as click-happy as I can, but here are some of the more interesting bits of news worth sharing that I’ve found on Nexus:

Here’s the best early review I could find. This video, by Which? (not What), gives a good overview of what to expect in the Nexus. Note that finally–finally!–the back button is where is should be: on the left end. Now if only the engineers could find a way to design a holographic button or softkey that floats somehow along the side bezel, that would be peachy keen; that’s where our thumbs naturally sit.