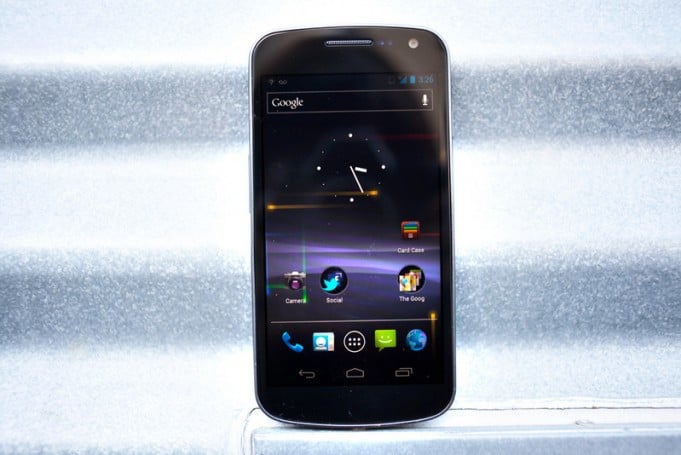 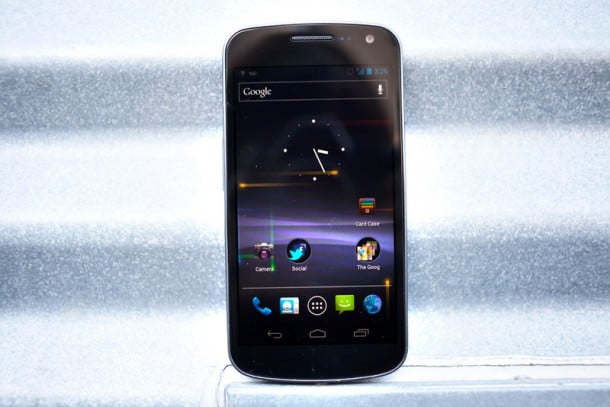 Heady praise is making the rounds today across various tech sites that have finally spent significant hands-on time with the Samsung Galaxy Nexus, arguable the hottest Android handset. Though not all agree.

Here’s some of the highlights, and my thoughts on my continued OG Moto Droid upgrade dilemma (HTC Rezound or Motorola Droid RAZR or Samsung Galaxy Nexus).

In a lengthy, must-read review for us Nexus starved, well-respected Joshua Topolsky of The Verge writes, “The Galaxy Nexus is the best Android phone ever made. It’s one of the best smartphones ever made, and with a couple of minor tweaks (particularly to the camera), it could be the best smartphone ever produced.”

One common criticism is the build materials. With the iPhone 4S made out of metal and glass, some are disappointed that the Nexus, a flagship device, is made out of plastics:

“The casing of the device is a gunmetal-gray plastic, which is a bit of a disappointment considering the gorgeous metal and glass of the iPhone 4S, the solid new HTC devices, and the futuristic polycarbonate of the Lumia 800 / N9.”

But, you know what? That’s never bothered me when using a Samsung Galaxy S II or other non-metal phones. In fact, I suspect they might do better than a metal phone when dropped. Just a theory. Like an ant, they don’t crash as hard, and get right back at it without massive dents. Or maybe I’ve had one too many Diet Cokes today.

Android 4.0 not bringing it

We’re all eager for ICS; no doubt, Google would like to erase the flop that was Honeycomb as soon as possible. In CNET’s review which gave Nexus 4 out of 5 stars (Excellent), they weren’t exactly heaping on praise:

“Now that we have it in our hands, it is indeed hot, but it’s also a hot mess. Without a doubt, the new features are welcome and the interface is pretty, but it also can feel cluttered, disjointed, and overly complicated. So while it pushes Android a big step forward, it doesn’t fix all of Android’s problems.”

The Verge’s opinion on ICS is near opposite:

“Ice Cream Sandwich easily gives iOS and Windows Phone a run for their money, and in many ways, it’s a superior operating system than either of them.”

It’s unusual for such stark disparity. You wonder if they were even reviewing the same phone; the conclusions regarding ICS were so contrasting.

Is RAZR the sleeper?

Interestingly, despite all the headlines the Nexus has been grabbing, CNET gave the RAZR a stronger rating, at 4.5 out 5 stars (Outstanding).

For those of us that have been eagerly awaiting the Nexus, the RAZR may well turn out to be the sleeper. Sure, it doesn’t ship with ICS. From what I can tell it has better build (Gorilla Glass), is super thin (7.1mm), and has higher quality cameras (8MP on rear). It’s also available for only $199 on Amazon. Maybe the thinking should be: buy RAZR, let Google smooth out ICS, and by the time it hits RAZR early 2012 everything will be peaches and cream.

Face Unlock – kick it to the curb already

Regarding Face Unlock, why bother: I can’t, for the life of me, figure out why people want this. Is swiping a quick gesture or entering a PIN not faster and more convenient? In Silicon Valley we often like to roll out sexy features that demo well. With differentiation so critical in a crowded marketplace, finding a unique feature (Siri) is essential to standing out. So I understand all of that, but find it odd that this was the best that Google could do with Ice Cream Sandwich- surely there are far better, more interesting features to rally marketing around.

What’s an Android Upgrader to do?

Like a lot of you, I’m coming off a two-year contract with Verizon. I still recall typing in my Google credentials into the first-gen Moto Droid in 2009 and–boom!–all my contacts, and emails were synced; table stakes by today’s standards, but it started an absolutely love-fest with all things Android (except, sadly, when it comes to tablets). Google Maps Nav, Google Voice… killer stuff. And earlier this year, Google Music. While I wasn’t impressed with the Android Market back then, it’s come a long, long way, and now is approaching respectability. Even if it’s not quite ready to take down iTunes, it’s a strong alternative that consumers should celebrate. My world is not iPhone black and white!

At first I narrowed down my choice to the three heavyweights (all purposely timed to coincide with this massive, two-year upgrade window): HTC Rezound, Motorola Droid RAZR, Samsung Galaxy Nexus.

I was leaning towards Nexus for two reasons: (1) it ships with ICS, and (2) it has softkeys.

Now I’m not so sure, and am re-considering the RAZR. I am partial to Motorola. Buying American is always a bonus too.