Joy Sterling of Iron Horse Vineyards is another one of the great wine country personalities. We continue to seek out interesting people and stories on our never-ending quest to capture the mystique of Napa, Sonoma, Livermore and other west coast wine destinations. On our recent visit it was a too-good-to-be-true sunny day, even though the winery is located in the Green Valley, known for its foggy and cool mornings. 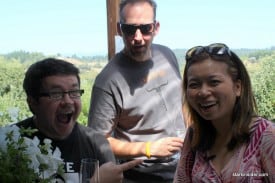 We knew we were onto something when we ran into some Dirty South at the tasting room; Hardy Wallace (the NPA) and Ed Thralls (Winetonite) gave us an impromptu guided tour of Iron Horse’s best bubbly at the relaxed, outdoor tasting room.

But what still gives Joy goose bumps after all these years working the family business?

Well, letters from 1600 Pennsylvania might just have something to do with that. For five consecutive presidential administrations now, Iron Horse sparkling wine has been served at “America’s table.”

“We feel we’re a part of history 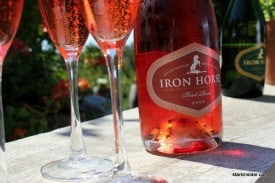 Good taste, apparently, crosses party lines. The Obamas have served Iron Horse, and George W. served it at a dinner honoring the pope to which Joy says, “So not only are we completely bi-partisan, but we’re also ecumenical. We’ve just got all the bases covered.”

Audrey and Barry Sterling founded the winery in 1976 and named it after the train that stopped at Ross Station at the turn of the 20th Century. The logo, the rampant horse on a weathervane, came from an actual weathervane that was unearthed when they were leveling the ground to build the winery. Daughter Joy is now CEO and lives at “the foot of the winery.” 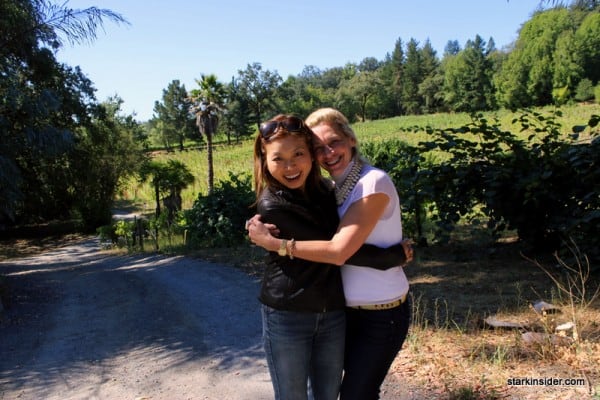 On this day, during the “Bubbles and Pixels” lunch as part of the Sonoma Grape to Glass weekend celebration there was no shortage of things happening as you’ll see in the video. A Sonoma photo contest was being held with several contestants’ works hanging in a small building next to the vineyards. During lunch Joy announced a partnership with National Geographic. Special Iron Horse wine would carry labels of various wild life, with$4 of each bottle going towards a preservation fund.

Also, the vineyard recently announced that Ted Turner will be the keynote speaker at the fifth annual Celebrate Earth Day with Green Valley awareness and fundraising event to be held at Iron Horse Vineyards Sunday April 17, 2011.

If I learned something today perhaps it was that while the road to the White House most certainly weaves through the Green Valley of Sonoma, some times it even takes a small, rockin’ detour through the Dirty South. 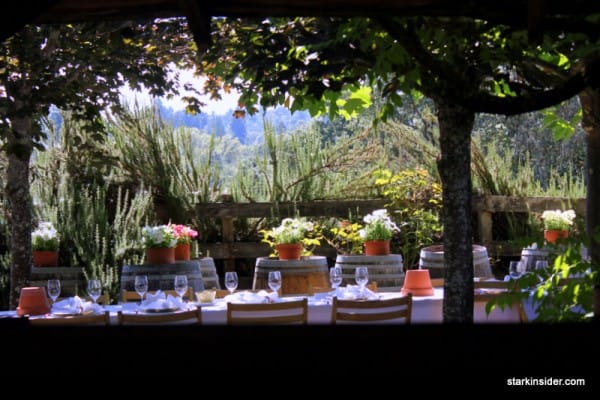