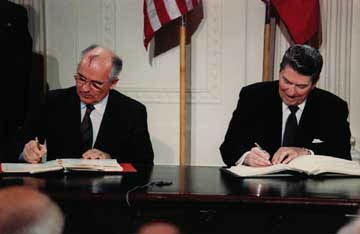 It was good enough for the Reagan-Gorbachev summit meetings, but would it be good enough for our dinner party? They talked ballistic missiles, human rights and arms control; we talked theater, U2 and cell phone towers. This sparkling wine, a 2005 Iron Horse Russian Cuvée, was first up.

What were we celebrating?

Good times of course: friends, conversation, and life. And, yes, food of course!

But first, I would almost take Loni’s eye out.

Mark it down as another first. This would be the first time I’ve ever opened a Champagne bottle without needing to cajole the cork. Turns out this one would not require a sabre. If it weren’t for a last second warning from one of our alert guests, the cork may well have projected in Loni’s direction, instead it accelerating like a wayward SCUD-B rocket into our kitchen ceiling. Let’s just say it was a dramatic way to get the heart pounding, and the blood flowing. 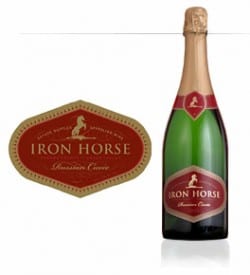 We sipped the Russian Cuvee while enjoying crackers and cheese (Saint-André) with some Jam that Loni brought back from Tuscany. Also to bring on the salt we had a dish of hearty Macadamia nuts that we picked up on our recent–gimpy knee–getaway to Kona, Hawaii.

This sparkling wine is my kind of profile: semi-dry (but not Brut level), full-bodied, earthy and… well, and — bubbly. Later, there was peace, handshakes all around, and contentment.