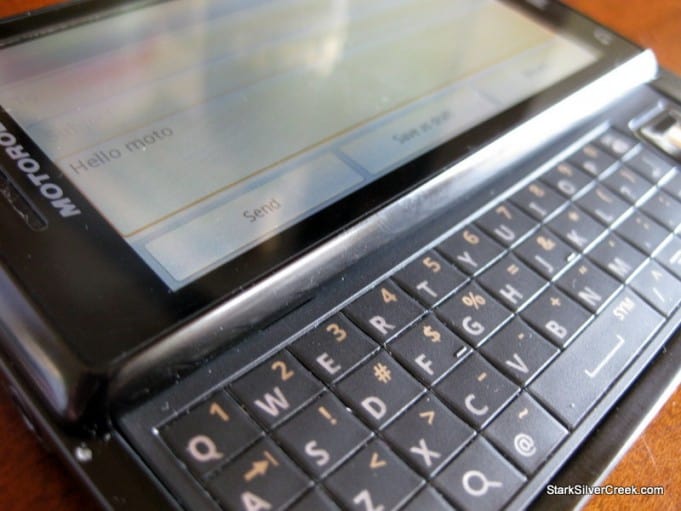 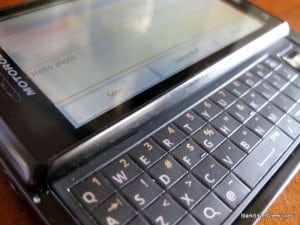 By all accounts Google’s young mobile operating system, Android, is enjoying a strong 2010 so far. Although the Nexus One smartphone launch was far from perfect, sales of phones running Android have according to some reports even surpassed the Apple iPhone in Q1.

There are many reasons for that success. One is Google’s decision to license the OS to multiple vendors including HTC, Samsung, Sony, and, of course, my trusty Droid.

Verizon is another reason I suspect people have opted for an Android phone. AT&T has become somewhat of a laughing stock when it comes to dropped calls, especially in San Francisco and New York. Just about every major talk show host, including Jimmy Fallon, Steven Colbert and Ellen Degeneres have milked it for laughs (much to Apple’s displeasure).

We’ve written about Android at length on SSC, and I’ve shared my share of love for the new Moto Droid smartphone that I picked up at launch last year. Coming from a reliable, but feature challenged BlackBerry 8700 (Cingular), I was anxious to see how it would perform. I was smitten. At any opportunity I wrote about the apps, and snapped photos of it on several trips including one to the Baja, where the smartphone would first encounter the harsh, hot Baja desert.

Fast forward about 6 months now, and I’ve had lots of opportunity to use the Droid (and more recently, the Android 2.1 software upgrade).

I still think it’s a great smartphone. But to keep things (fair and) balanced here, I thought it only right that I also share some of the issues I’ve had. Gripes. Complaints. Nit-picks. Warts. Sure, it’s not as fun singing Sweet Dixie, but hopefully you’ll take my word on things that I do think are great (see, 10 cool things about Moto Droid and Android 2.0 – Part 1, and Part 2).

To be clear, I’d still take the Droid over BlackBerry or iPhone. The integration with Google apps is great, as is Google Voice. The navigation is brilliant and I use it all the time across the Bay Area.

So, here we go, 10 not-so-cool things about Android and Motorola Droid.

1. Sluggish and Lags at times

My biggest complaint is the processor on the Droid. It doesn’t seem to have enough umph to drive Android without lag. It’s still usable. But it’s not lickety-split fast. Even my old BlackBerry 8700 was zippy by comparison. Understandably Droid can do a lot more (love the Nav!) but it’s evident to me, this OS needs a Snapdragon processor (as found on Nexus One or HTC Incredible, for example) to truly shine.

One of Motorola’s worst design decisions was placing the wake-up button (also used to power it on and off) for Droid on the top of the phone. It’s recessed and hard to get to, even for someone like me with small hands. The iPhone, by comparison, can be activated by using the easy to press button front and center. I’m accustomed to the less-than-ideal position of the button now, but it’s a peculiar design element. And, don’t think it’s not significant; it needs to be used constantly during the day to wake the phone up after the screen dims.

Gmail on Android has one font size: tiny. Don’t like it? Can’t read it? Too bad. That’s it. That’s all. Google: fix this!

From time to time, I find the icons on the home screen panels (there are three that you can access by swiping left and right) disappearing. Gone. Never to return, until I power cycle the phone. The background wallpaper is there, and I can still access the menus. Of course, this typically happens in the most critical of moments… when I need to access a phone number, or directions, or access email. Again, I can get it all from the menus, but it’s a bug that needs to be fixed.

The voice recognition is superb. It works brilliantly. I can say “Navigate to Magic Theater, San Francisco” or “Navigate to nearest gas station” and it works almost 100% of the time. It is so good, that I hardly ever use the keyboard to use Google search. There is one exception. That is when I first place the Droid onto the car mount. Then the errors come in waves, “No speech heard…” “Connection error…” etc. I think I’ve discovered it’s related to the switch of the network from wi-fi (in home) to 3G (outside the home). Later, the voice activation will work properly if given enough time. My work around is always to use voice activation before placing the phone in the car mount cradle. Then all is fine.

6. Battery life could be better

The achiles heal of most modern smartphones is battery life. I can barely get by a day with Droid. I’m constantly thinking about length of phone calls, screen brightness, etc. If I’m careless I’ll run out of power, and I’m dead in the water. This really is unacceptable for a device that is so critical to our business. BlackBerry has a huge advantage in this regard. It’s something that also needs to be improved. A combination of better battery technology with energy efficient processors I suspect will help. But another thing: all sorts of Apps I’m not using always seem to be running in the background. That draws power unnecessarily. I can’t understand why, for example, the Google Finance app or SportsTap are running when I haven’t used them recently.

All phones should have dedicated call buttons (answer call/end call). Again, BlackBerry has it. With Droid, to end a call I need to pull phone down from ear, wait for screen to activate (it darkens while on calls to save battery), then hit the red end call icon. It’s occasionally dodgy. Sometimes the screen saver comes up instead. Then I have to find the irritating wake-up button, then enter my security pattern, then end the call. It’s often a bizarro experience. With BlackBerry I just hit the red end call button. Done.

A lot has been written about the Droid camera and how poor it is. And that’s putting the criticism mildly. It’s slow-both to load, and to actually take the photo. Most times, especially if you’ve asked someone else to take your photo, the shot will be blurred because the camera hasn’t finished processing it before the phone was moved. The flash overloads most photos with a high contrast white. It’s not a huge deal overall for me as it use is sparingly. But it’s far from good.

9. Android apps aren’t as slick yet as Apple iPhone counterparts

Almost every single app is better on iPhone; the interface, the aesthetics, the functionality, the responsiveness. My wife has an iPhone so I can compare directly. I think this will change over time as developers become more proficient with Android. But for now, take your pick (Foursquare, Yelp, Facebook, Twitter…) – all better on iPhone. It doesn’t mean the Android versions are bad necessarily. I’m perfectly content with the Android apps. However, when you compare side-by-side you realize some of the goodies you’re missing. And I haven’t even mentioned that swiping and overall touch screen operation is far better on iPhone. Definitely.

10. Screen is decent, but pales in comparison to OLED (such as Nexus One)

I have no complaints about the screen in general, but it could use more pop and brightness. When you see the Droid next to a Nexus One you’ll see what I mean. You realize what you’re missing in terms of contrast and brightness. OLED is the future. It’s not a deal breaker that Droid lacks it, but it’s something I’ll look for in my next smartphone.