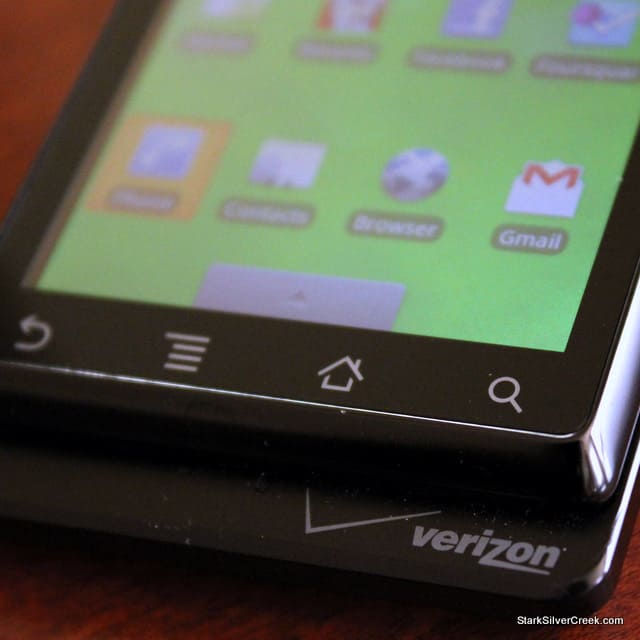 Google beat Apple when it came to smartphone sales in Q1 of this year. According to the report from NPD Group, Android captured 28% of the smartphone market, with Apple behind at only 21%. BlackBerry by RIM still leads the pack at 36% although it too has faced erosion over the previous quarters.

This begs the question: has the previously unassailable Apple lost its focus?

The once lovable under-dog has become somewhat of a surly middle-aged man, ready to pick a fight with just about anybody.

There’s the on-going and very public battle with Adobe over the support (or lack) for Flash on the iPhone. Last month a leak of the next generation iPhone due out this summer caused a massive scandal that rocked the tech world (and even mainstream media). Many wonder if the storming of a journalist’s home as part of the ensuing investigation was prompted by Apple.

Then there are those product decisions.

Was iPad the right product at the right time? Early sales figures suggest that it’s doing well. People are buying it. With Netbook sales stagnating, at least compared to previous years, you could suggest that it’s even taking a bit of that market; just as Steve Jobs announced it would.

However, by pouring so many resources (and internal attention) to non-core imperatives, you may wonder if Apple—ie. Steve Jobs—is distracted by all the wrong things.

If iTunes and all that valuable content is King, and Apple iPhone is the mobile cash register that rings up billions in .99 sales, then you’d think Cupertino would be slightly concerned about these Q1 results.

There are plenty of theories and factors worth considering.

With the fourth generation Apple iPhone just around the corner, I suspect many new customers or upgraders are waiting. Apple has demonstrated in the past that new products are typically leaps and bounds more innovative than their successors. So why buy one now, when you can have the next iconic model in just a few months?

Android Sales are not Sustainable

Some might argue that market share gains by Google and its Android operating system are simply the impact of early adopters , fueled in part by enormous (and successful) marketing campaigns from backers such as Motorola and HTC.

There’s partial truth here. Die-hard gadget buyers want the latest-and-greatest. For smartphones that would be Motorola Droid, Google Nexus One or HTC Incredible. Not the Apple iPhone. It doesn’t mean they’re better necessarily, just newer. The tide will change come June or July when Apple will no doubt once again turn the world on its collective ear with a new iPhone model.

I believe Android sales are sustainable and will continue to grow. Licensing the OS to other manufacturers is a powerful model that provides critical mass. It’s everyone vs. Apple. Apple though has a few trump cards, namely iTunes (and the ease-of-use that goes along with accessing all that content) and best-in-class industrial design.

It’s one thing when your old high school buddy loses a call while you’re enjoying a reunion beer at Gordon Biersch in San Francisco. But when John Stewart, Jimmy Fallon, and Stephen Colbert take to the air waves with humorous anti-AT&T venom then all-of-a-sudden it’s no laughing matter for Apple. Google and its partners succeeded in exploiting the dropped-call phenomena (perceived or otherwise) and milked it in prime time. Android was waiting with open arms at Verizon, Sprint and T-Mobile.

Microsoft and Apple virtually invented the term co-opetition back in the 1980s. It was an awkward dance. Apple needed MS Office. Yet Microsoft offered a competing operating system. Then there was IBM, infamously licensing MS-DOS. The rest is history.

Co-opetition is back in vogue… or maybe it always has been, and the new, improved story lines are finally approaching Glee-level giddiness.

The recipe: partner just long enough, reverse-engineer like a madman, then cook-up a better alternative.

Rumor is Apple will release a Flash alternative soon. That will be the least surprising announcement of all time.