The Moto Droid and Google’s mobile operating system Android are proving to be a match made in smartphone heaven.

It’s been almost 2 months now since I picked up the phone at a local Verizon shop in San Jose. After about 10 years (maybe longer, I can’t recall) on BlackBerry it’s a refreshing change to be using such a powerful touch screen device every day. This thing is a work horse. And Android is already impressive (at just version 2.01) so I expect even bigger, better things to come along for the soon-to-be juggernaut of mobile operating systems.

Droid does. Yes. But to be level-headed about things, so does iPhone.

Droid, for example, has a high resolution display that is gorgeous. But iPhone’s screen is slightly wider which makes using it fell less tunnel like. I’ve done many side-by-side comparison’s with Loni’s new 3G S and there are many areas where iPhone still trumps all. Namely: content (video, music, podcasts on iTunes), user interface design, and overall refinement.

Still I wouldn’t trade the Droid for anything. Loni may try to run it over, but its glass and metal design can take a few hits.

Best of all, Android is open, open, open. That means partners can do more with it. Customization is greater than iPhone. Expect many, many cool things to come for Android. Microsoft Windows Mobile is the big loser here. The winners look to be: Apple, Rim, Google. Palm will get caught in the crosswinds and soon die (again), or be acquired.

Okay, enough, pre-amble, here is Part 2 in my ongoing love affair with all things Android… Another 10 cool things…

1. Blue light special – the notification light on Droid can flash green or blue. Email and other notifications (such as missed calls) get green. Social media apps, though, like Twitter and Facebook, get blue. Small detail, but I like it. 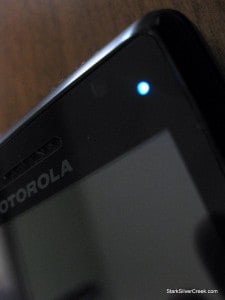 2. Keyboards aplenty – stock Android on the Moto Droid gives you three choices (four if you count voice recognition which works extremely well) for entering text on a keyboard: virtual keyboard in portrait, virtual keyboard in landscape, and, the often maligned, physical keyboard slider.

But, again thanks to Google’s open strategy, plugging in alternative keyboard technology is a snap. Take Swype, the stunning, game changing new technology for entering text on a QWERTY keyboard – just swipe your finger across words, and double your typing speed. I downloaded it. Installed it. Then deactivated the stock Android keyboard, and chose Swype as the new default. Easy stuff. And simply brilliant! [Also see First impressions of Swype for Android (tested on Moto Droid)].

In fact Swype is so good, if I was in the market for an Android phone I’d feel comfortable now getting one without a physical keyboard (like a Nexus One…).

3. Customize your heart out with Home Replacements – want to add more screens? or maybe deck out your phone in Oakland Raider’s silver and black? Okay, bad example. Home replacements not only personalize your Android with custom wallpaper and icons, but they extend functionality. 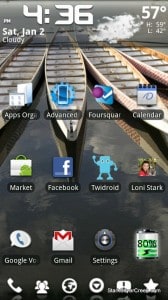 For example, my current favorite (and there are many out there on Android Market) is Home++. It gives more home screens (I use 5) meaning you can store more program shortcuts and widgets to display news, updates. Further, Home++ adds a small strip bar at bottom that gives you one touch access to commonly used programs such as the phone, contacts, browser, and more.

4. The battery is user replaceable – unlike the iPhone which seals in its energy source permanently, the Droid allows you to swap out the battery. Handy for long trips. Expect extended battery offerings soon. 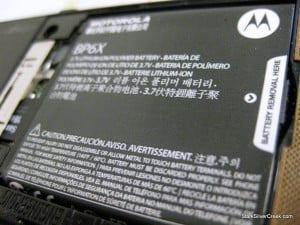 5. Haptic feedback for that warm, tingly feeling – haptic, or vibration, brings the screen on Droid alive. Tap on an icon, and, if you turn on haptic feedback in the settings, you get a nice little vibration confirmation. It can be enabled for the keyboard as well making it feel just a tad bit more like a regular one. 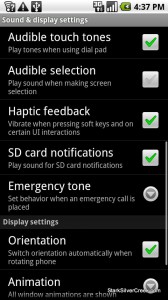 6. Widgets – iPhone doesn’t have widgets – yet. But Android does. And they are the future of smartphone (and tablet?) interface design. Widgets can stream information, provide quick updates, or do less pragmatic things like display photos all on your desktop. Long pressing on Droid lets use add, delete, move them around; again, a world of customization and productivity enhancers.

7. Twitter on Android good, Facebook just okay – I was pleased with the variety of Twitter apps on Android Market. My current two favorites are Twidroid and Seesmic. But where is Tweetdeck? One it hits it will likely be the best. In this regard, iPhone is still a step or two ahead with refined Twitter clients. 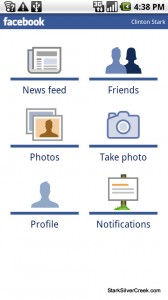 But Android has good offerings now, with more to come. Further, because of widgets, you can view tweets on the desktop (same with Facebook). The Facebook app, while serviceable, has some catching up to do with its more powerful iPhone equivalent.

8. Expand with micro SD cards – need more than the included 16GB memory card? Just swap out the micro SD for something larger. Thanks to the standard spec these memory cards can be found easily everywhere. Again, unlike iPhone, this gives you the flexibility to swap out, expand. Some might call it: future proofing. 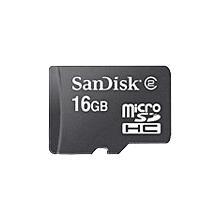 9. Record DVD quality video – the included 5MP camera on the Droid is notoriously loathed (hopefully Motorola improves it sometime soon with a firmware update), but its video capture is surprisingly good. And at DVD resolution to boot. 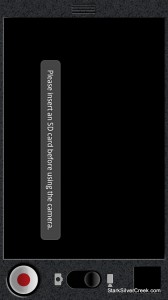 10. Standard micro-USB charging cable – I know, not the most exciting thing in the world, but having a standard jack for charging the phone, and connecting to a laptop just makes life easier. 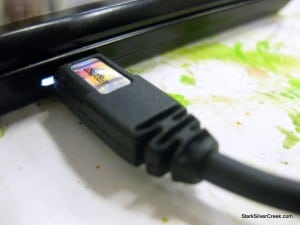