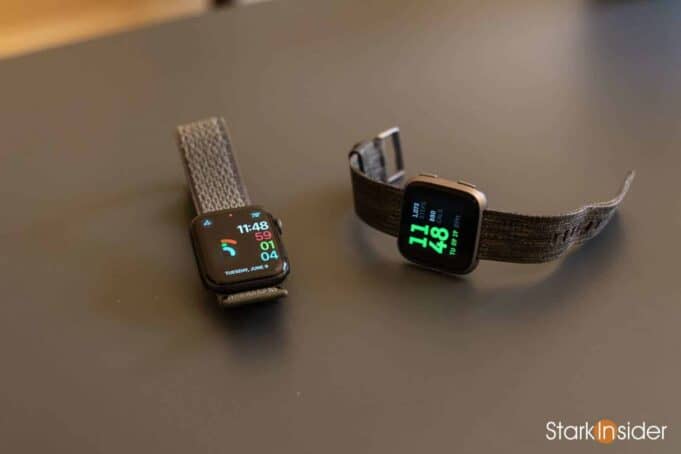 If you were waiting to upgrade your aging Apple Watch you may want to hold out just a wee bit longer.

Apple Watch Series 7 is reportedly going to include a swath of new features.

Bloomberg reports that a faster Apple Watch 7 will come out this year, by “adding by adding a faster processor, improved wireless connectivity and an updated screen, according to people with knowledge of the plans.”

Further, Apple will likely expand its Watch offerings and include not only an iPhone SE-like entry model dubbed the Apple Watch SE, but also a version targeted at “extreme sports athletes.” On that latter point this could be an attempt to take the Apple Watch outdoors for serious athletes who see the current model as too fashion or office focused — and lacking the ruggedness of something like a Garmin watch.

More sensors are also coming. But expect them in 2022:

“Apple had previously aimed to put a body temperature sensor in this year’s model, but that is now more likely to be included in the 2022 update. The blood-sugar sensor, which would help diabetics monitor their glucose levels, is unlikely to be ready for commercial launch for several more years.”

This makes sense. With Covid-19 and our collective concerns over health and fitness, we’re only going to become more reliant on technology to monitor our vital stats, and give us advance warnings when something isn’t right.

In addition to sensors and new editions of the Apple Watch we can also expect, as always, faster processors and improved display technology.

The Apple Watch is by far the biggest player in the smart watch and wearables market. At one point it seemed Google would be a factor when it launched Wear OS and a slick Motorola Moto 360 smartwatch seven years ago that seemed destined for consumer greatness. Instead, while Apple took the route of fashion and eventually health tracking with a focus on ease of use, Google went the geeky and decidedly engineering-centric route which resulted in a clunky, and confounding interface that turned off mainstream buyers (including this Apple Watch/iOS convert). At the Google I/O conference earlier this year we saw that Google is re-tooling Wear OS and its smartwatch strategy in a big way when it announced a key partnership with former wearable foe Samsung (and its struggling Tizen OS platform). We’re about to find out if putting two failed projects together can yield some sort of success.

In any case Apple seems to be doubling down on its wearable platform and expanding quickly. It’s going to be tough for others to make inroads at this point. Just as Amazon with Echo and Alexa has taken off with the smart display and smart speaker markets thanks to a sizable head start, Apple too has taken advantage of its first mover advantage and built out a sizeable lead. The result is an expanded ecosystem that breeds further brand loyalty and reduces potential user switching risk (i.e. from iOS to Android).