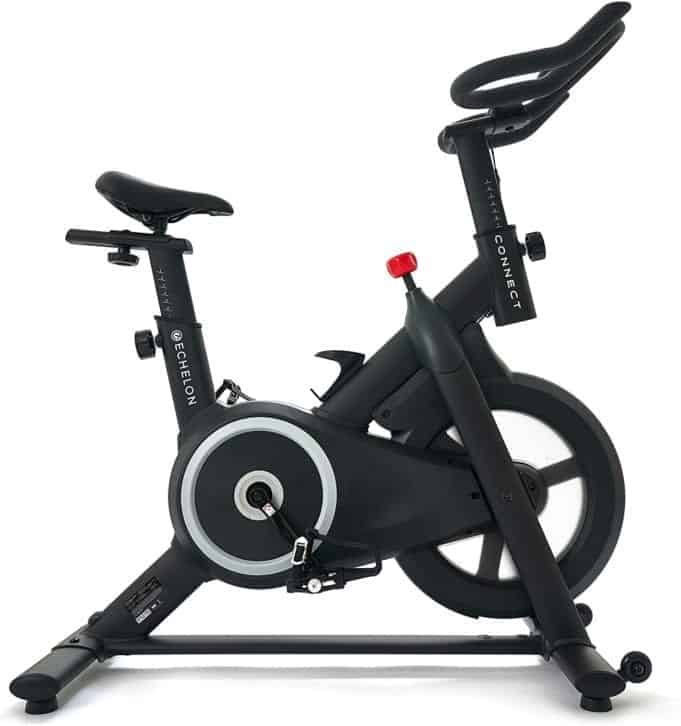 Update: Amazon PR has issued the following official statement to Stark Insider regarding the Echelon press release and correction as follows:

“This bike is not an Amazon product or related to Amazon Prime. Echelon does not have a formal partnership with Amazon. We are working with Echelon to clarify this in its communications, stop the sale of the product, and change the product branding.”

Also See: Amazon says the $500 Peloton knock-off isn’t from Amazon after all (CNN)

The Seattle-based e-commerce behemoth and Echelon today announced they are partnering to take on the home spin bike market. Echelon makes fitness equipment for the home including a bike, rower, and innovative Reflect mirror-based strength machine. As you might expect there’s a catalog of classes available to subscribers. With Amazon’s vast distribution prowess and ability to readily convert web browsers into web shoppers the partnership could see plenty of upside for Echelon. You can buy the slick new bike right now on Amazon.

But the key ingredient here is: price.

Amazon is leveraging — some might suggest using — its scale and financial resources and distribution to aggressively compete based on a vastly less expensive product. At only $499 USD the new Echelon Ex Prime Bike undercuts Peloton’s entry Bike which sells now for $1,895 by a whopping $1,396. Those who previously scoffed at the premium Peloton price tag may find the Amazon/Echelon offering more palatable. Don’t forget. You’ll still need to pony up a monthly subscription to gain access to the classes available on the Echelon Fit app (iOS, Android). That is currently going for $39.99 per month (the same as Peloton).

“We were built on the idea of attainable fitness for everyone. The Prime Bike was developed in collaboration with Amazon, aiming to create an amazing, connected bike for less than $500 and it’s proven to be a phenomenal match,” said Lou Lentine, President and CEO of Echelon Fitness. “Amazon looking to us to partner on their first-ever connected fitness product is recognition of our commitment to deliver quality at a reasonable price-point as reflected in our explosive growth over the last year.”

The co-branding agreement, which is similar to the one Echelon struck with Walmart, means the Echelon Ex-Prime Smart Connect Bike (as it’s formally known, oddly) bike will be made available exclusively to Prime customers. So, it’s more arrow in Amazon’s quiver to convince you to subscribe.

Design-wise, at a glance the Ex-Prime (EX-P) looks very Peloton-ish. Which is to say it’s stylish with a mostly dark grey and black finish, and features a bright orange/red-colored knob front and center which is used to control resistance (the intensity of the pedaling). Sadly, the sizable “PRIME” logo emblazoned across the frame is rather garish.

One important missing feature: a built-in screen for streaming classes. Whereas Peloton comes with a large touchscreen attached to the front of the bike, the Echelon Ex-P instead includes a tablet mount. You are invited to “bring your own,” and attach a tablet or phone you already own. One possible advantage here of this approach, aside from cost reduction, is that buyers can stay current. As new phones and tablets get better so too does the display on your Echelon. In a sense it’s a bit of future proofing. So, in my view at least, not having a built-in display is not the worst feature to cut.

ALSO SEE: Is it worth upgrading from the original Peloton Bike to the new premium Bike+?

Regarding content, as a Peloton owner I can only speak to my experience with its content, which is first class. Whether it’s traditional spin classes, strength training, cardio, Yoga, or meditation, the quality of the Peloton instructors is what you might encounter if you assembled a gym that featured an instructor team of Super Heroes. It really is that good. And that’s important because you don’t want your spin bike sitting unused in a corner.

Home fitness will likely continue to see growth as life during a pandemic limits our ability to safely interact with others, and go to public places like gyms. In addition to Peloton, Amazon and Echelon, the space is seeing many players jockeying for a piece of the market including: ProForm, Bowflex, NordicTrack, Schwinn, Sole, Synergy, Trya, and Sunny, among several others.

The Echelon Smart Connect Bike EX-P (Ex-Prime) is available to buy now on Amazon ($499 USD) and, somewhat amazingly given COVID-19, ships within a week.

UPDATE: Based on what we now know — that this new “Prime Bike” was not Amazon approved and there was no partnership in place — I’m beginning to think that Echelon may not be the most ethical company around.

UPDATE 9.25.2020: To be fair, it looks like there was a communication issue within the Amazon ranks regarding approvals. Perhaps wires got crossed here and there are no ethical implications.