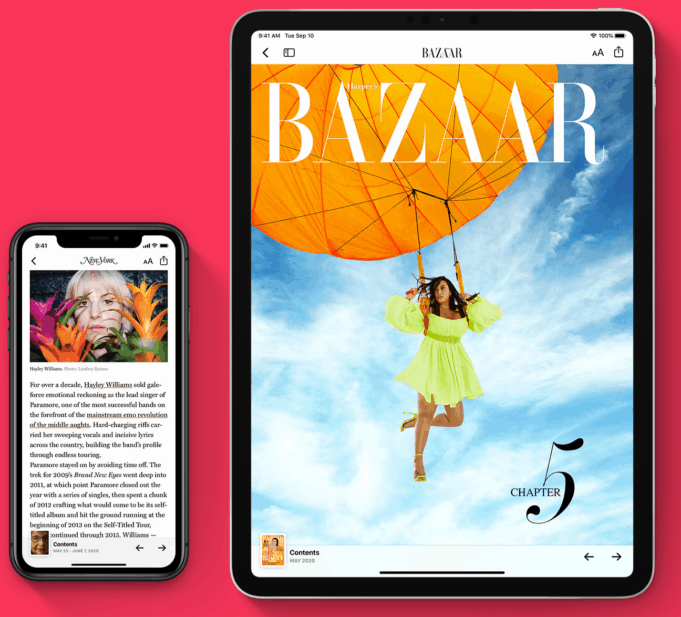 That’s the likely name of a likely new service coming this Fall from Apple. According to Bloomberg Apple One will include a bunch of popular services including: Apple TV+; Apple News+; Apple Music; iCloud; and Apple Arcade. Per Bloomberg:

“There will be different tiers, according to the people, who asked not to be identified discussing private plans. A basic package will include Apple Music and Apple TV+, while a more expensive variation will have those two services and the Apple Arcade gaming service. The next tier will add Apple News+, followed by a pricier bundle with extra iCloud storage for files and photos.”

Certainly such a move would be analogous to what Amazon does with Prime. Customers pay an annual fee for a basket of services all from the same company with the idea that customers will become more loyal. In the case of Apple tying these bundles to hardware devices — such as a new MacBook or iPad or iPhone — could further sweeten an offer. This is something I wrote about here on Stark Insider in 2018. Sure I got the iPad way wrong (predicting a bomb), but I’ll take little wins when I can.

In theory switching costs should go down. As consumers if we’re fully bought into a specific platform’s services including several hardware devices and a bunch of apps then we are less likely to switch to a competing ecosystem. Amazon knows this. Apple does too. And Google. That’s why all of them pre-load apps and why they all try to induce you to go deeper down the app rabbit hole. If I have a MacBook, iPad and iPhone, and I subscribe to iCloud and, say, Apple News, just thinking about what it would mean to shift all that over to Android in itself is a pain (first world problems). That’s especially true if everything is running smoothly, and even more so if your significant other is also predominantly on the same platform (Loni Stark and I frequently use Airdrop to share photos and files).

In any case, Apple is expected to launch the new bundled services this Fall alongside the upcoming iPhone 12.

The sky’s the limit when it comes to different types of bundles so expect lots of various flavors and price points.

In addition, rumor has it that Apple will launch some sort of Peloton competitor. At this point the offering seems to point to virtual classes only — not hardware like a spin bike or treadmill. If so, this would not only be competition to home gym players like Peloton, but also fitness tracking companies like Fitbit (Google) who also offer streaming workout classes. We will see. Home fitness will be an interesting space to follow in the coming years. And, yes, I guess Apple could also bundle fitness classes with other Apple Services. Maybe a Shelter-in-Place Package?