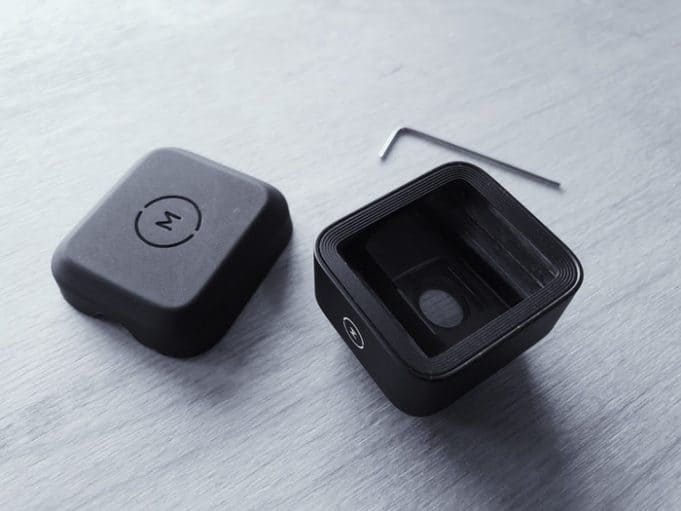 Smartphones continue to not only get better at taking photos, but also at taking high quality video. No wonder. They’re much smaller than traditional, dedicated camera bodies. DSLRs from Canon and Nikon aren’t exactly huge, but they won’t fit in your pocket. Further, software is increasingly strategic when it comes to photo and video. That’s the wheelhouse of the likes of Apple, Google and other tech companies.

So it’s no surprise that our always-connected devices are also becoming increasingly useful to filmmakers.

Steven Soderbergh’s Unsane (2018) is the most recent example of a high profile director using an iPhone to shoot a feature. If anything I see this trend continuing. Sure, dedicated cinema cameras will likely continue to exist. But when lightweight size is important and budgets are low, there’s so much possibilities of just picking up an Apple iPhone (or Android of choice) and going for it.

All of this is one of the reasons why I backed a Kickstarter by a company called Moment.

Among other camera accessories they are making an 1.33x anamorphic lens for the iPhone. Imagine that! A pocket friendly camera that can shoot 4K anamorphic 2:40:1 cinemascope? It’s a tantalizing proposition.

Most lenses are spherical. You can tell when you see circular bokeh (those out of focus elements in an image, be it a photo or video). Anamorphic bokeh is oval. In addition the magic of anamorphic are the characteristic flares — typically, blue horizontal streaks, ones you might see in the headlights of a car at night for example — and a general look thanks in part to the wide screen aspect ratio that can only be described as filmic.

Shooting anamorphic can be a costly proposition. Many Hollywood productions use anamorphic lenses that cost tens, if not thousands, of dollars. Renting is usually the way to go — even then, fees can add up quickly. Moment, on the other hand, is aiming for the run-and-gun videographer and filmmaker on the move. Funding is over (the Kickstarter campaign ended in April), but the price for an anamorphic lens for your smartphone started at only $99. It’s (was) available for the Pixel, Galaxy or iPhone.

Moment sent out an email today indicated that the team was “almost through manufacturing” (per Project Update #10). The Anamorphic Lens prototypes are reportedly complete, and they will begin assembly of a thousand units within the next 10 days.

Hopefully I’ll receive my anamorphic lens in the coming months. Will I use it for every video we shoot here on Stark Insider?

No. But it’s nice to have options.

For our narrative and experimental stuff I shoot mostly on the RED. Lugging that thing is sometimes not happy times. A few months back Loni Stark and I had to carry the Scarlet-W with some heavy lenses and batteries about 4 miles in the hot sun in Mendocino (the drama, I know). The whole time I was wondering — and Loni was reminding me continuously — about the beauty that is the tiny camera that is the GH5. Then again when I get back into the edit suite and review that gorgeous Redcode footage, all is forgotten.

However, for impromptu shoots the Moment anamorphic might come in handy. We’ll see. There’s much to learn still about its performance of course.

Moment isn’t the only game in town when it comes to mobile filmmaking. RED Digital Cinema itself last year announced the Hydrogen phone. Featuring holographic technology its expected to ship later this year. Priced at $1,200 (USD) the Hydrogen is modular, much like its big brother RED DSMC2 camera bodies. I’m hoping they have a module that captures Redcode (.R3D) files so that footage can match with our Scarlet-W. That would be a dream combo… at least on paper.

So you have Moment, RED, Blackmagic innovating in this emerging category of portable filmmaking. I expect this trend to only increase.

I don’t see this as the death knell for high end cinema cameras made by the likes of Sony, Arri and RED. Far from it. Rather this is a complementary market. One that provides additional choices for creatives. What’s not to like?

More soon. I’ll write about my experience shooting anamorphic here on Stark Insider in the coming months. My suspicion is this is only the tip of the iceberg. This market could explode.

For the Moment, I’m looking forward to an option that doesn’t break my back, but still provides pretty video footage.