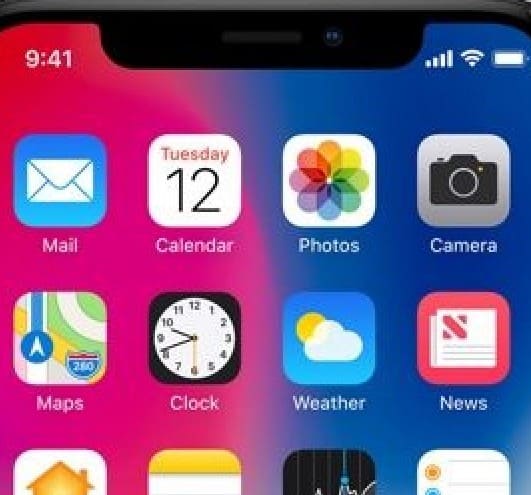 Notch ado about nothing?

Finally. Apple is planning to do away with that pesky notch.

The famous cutout at the top of the iPhone X to make way for various sensors and the front-facing camera is an odd choice for a company known for forward-thinking technology, especially under the leadership of design chief Jony Ive.

New reports suggest, however, the infamous notch will be short-lived.

Which is, again, odd.

While Apple moves to eliminate the distracting cutout (which might be one of the reasons contributing factors to its sluggish sales results), several Android makers are actually copying the notch. I guess everyone wants to be like Apple. Copying the company’s look and feel, licensing Android, and selling at dirt cheap prices seems to be a winning formula for budget shoppers. Looks like an iPhone X. But runs like… well, a budget Android. But at least it looks the part! must be the thinking. Otherwise, why not just go for a phone with a full screen 18:9?

Notch aside, I think there’s many other challenges facing Apple and Samsung in terms of their premium pricing strategy for mobile devices.

The market is rapidly evolving.

With so many cheap Chinese phones flooding the market — many that perform reasonably well such as those from Huawei — at cut-rate prices along with the fact that most apps run “well enough” on chips that are even a few years old, consumers are less likely to upgrade as frequently before. Further, they’re demonstrating that, at least for the mainstream (and non-corporate) buyer, paying $1,000 USD or more is a tall order, even for something as seemingly special as an iPhone. Again, good enough is good enough. So, yes, my old Nexus 6 runs everything just fine: Gmail, Facebook, Chrome, Instagram, Twitter, theScore, Sonos, Google Calendar and Music, and on and on.

Apple and Samsung obviously know this and are aware of the discount trend and slowing upgrade cycles.

Hence, the reasons to double down on advanced camera hardware and software (portrait mode, for instance) and market those features heavily in order to: (1) differentiate their products; and (2) to help justify for the consumer the reason to spend 2-4x more than a standard handset for an iPhone or Galaxy phone.

In the end, this iPhone notch episode will long be forgotten and become a footnote to Apple lore.

In the short-term it’s provided an opportunity for the competition — most recently, Samsung with its gorgeous, notch-less Galaxy S9 and S9+ flagships — to steal some thunder from Apple’s iPhone sales.

Rumor has it Apple will release a trio of new iPhones this Fall. I expect Apple, as always the case, to have a fancy top tier model, but this time around I expect CEO Tim Cook and team to place far more emphasis and give increased stage time to the mid-market and entry level devices. Margin is good. But when you’re trying to expand your ecosystem a healthy level of volume is, to a degree, important as well.