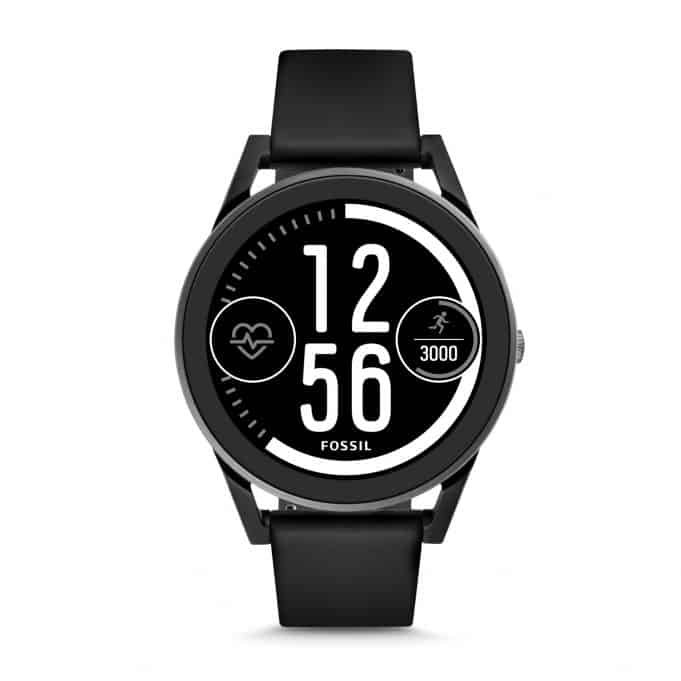 Fossil today released yet another smartwatch. Per The Verge it runs Android Wear 2.0, has a 45mm, water resistant circular case, touch-sensitive bezel, and costs $275 (USD). It’s called the Fossil Q Control, is a 3rd gen iteration, and is available from their web site — I don’t yet see it on Amazon or any other retailer.

Why do we need another Wear smartwatch that essentially has no defining reason to buy it?

Sure, the Q Control looks decent. Yet it also looks like just about every other Android Wear watch before it. Motorola (Moto 360). Huawei (Watch 1 and 2). LG (Watch Style & Sport). Asus (Zenwatch). Take your pick. There’s very little to separate one from the other. Look closely, sure, and there are differences. Subtle differences. Very few, for instance, come with NFC. Without that wireless chip you can’t use Android Pay which means you can’t pay for stuff at stores with your watch. This is standard stuff on the Apple Watch. Aside from that, differentiation is mostly limited to style, certainly a subjective measure.

You have to wonder: Is Google fulfilling its end of the bargain?

I get it. When Pebble disappointedly sold out to Fitbit, I began looking for alternatives. I’m sold on the idea of notifications on the wrist — it’s so handy when I’m otherwise preoccupied, usually holding a camera shooting video that it’s impossible to go back to digging out my phone only to see my wife had sent me some sort of Queen sticker.

Coming from Pebble, you’d have a few alternative platform choices:

Fitbit are decent at activity tracking, but lack in other areas, especially notifications. Android Wear would seem a viable option. Until that is you spend time with the spaghetti monster known as Wear 2.0. It’s a mess. Notifications barely work. Navigation is a mess. And functionality and ease-of-use it so far — like, really far — behind what you can get on the Apple Watch. Spend time with WatchOS and you realize how clunky Wear is by comparison. From fonts, face designs, app switching, notifications, to just about everything else like third party complication integration (so elegant) and health and fitness tracking, the Apple Watch reigns supreme.

You have to wonder: Is Google fulfilling its end of the bargain?

Wear development seems all but dead. On the other hand, Apple recently dropped WatchOS 4 with all sorts of new features and bug fixes and user experience improvements.

Nothing since the much maligned Wear 2.o release earlier this year (Feb. 2017) which came with virtually no marketing at all. It was as if Google was admitting Wear was a flop. All of a sudden, major keynotes and Google presentations were devoid of the curse word that is/was Wear.

So if Wear is dead and if Google is not prioritizing it beyond maintenance mode, why not kill it?

My suspicion is that there’s a Pixel branded Google watch in the works. Based on the success of its Pixel phone and Pixel-branded devices such as the Chromebook, et. al., why not relaunch its wearable strategy riding the Pixel halo, and do so with something completely new? Until that time comes at least there’s a few scraps of Wear products sitting across various slow-moving retail channels.

It’s worth pointing out that, at least as far as I can tell, Android Wear and smartwatches are no longer even featured on the Google Store. That might tell us all we need to know about its fate.

I’m hoping next go around Google takes less input from its developer community for the user experience and more from … actual users. Developers love stuff like LTE and ridiculous, microscopic keyboards on watches. Okay, cool party tricks. But look at what the Apple Watch does well: it’s easy to use! And it works!

That’s my bet. And it can’t come soon enough.