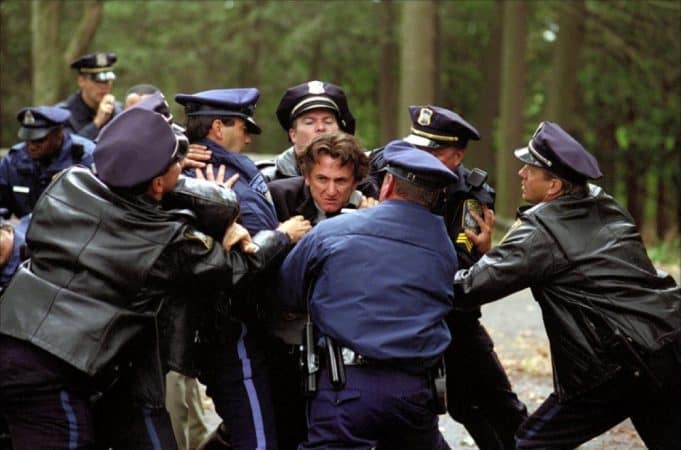 Just in. Organizers have confirmed that acclaimed American director and actor Sean Penn (Dead Man Walking, The Falcon and the Snowman, Mystic River, Milk) will be honored at this year’s Mill Valley Film Festival.

The tribute is scheduled for Saturday, October 7, 2017 (the first weekend of MVFF40) and will include:

Having Sean Penn appear is especially poignant given that this is the 40th anniversary of MVFF and that he’s a long-standing resident of the San Francisco Bay Area.

Penn did make a brief appearance a few years back at MVFF to support Don Hardy Jr. and Dana Nachman’s documentary The Human Experiment (2013).

More to come, as confirmations for MVFF40 continue to flow in over the coming weeks.

You can learn more about the first wave of announced films — including Cannes winners The Square, 120 BPM, Loveless — here on Stark Insider.

Sean Penn has become an American film icon in a career spanning over three decades. As an actor, Penn has been nominated five times for an Academy Award as Best Actor for Dead Man Walking, Sweet and Lowdown, I Am Sam and won his first Oscar in 2003 for his searing performance in Clint Eastwood’s Mystic River and his second in 2009 for Gus Van Sant’s Milk. Penn received Best Actor awards at the Cannes (She’s So Lovely) and Berlin (Dead Man Walking) film festivals, as well as being a two-time winner of Best Actor honors at the Venice Film Festival (Hurlyburly, 21 Grams). His unparalleled acting career also includes performances in Taps, Fast Times at Ridgemont High, At Close Range, State of Grace, Carlito’s Way, The Assassination of Richard Nixon, and The Tree of Life. As a director, Penn has crafted powerful dramas such as The Indian Runner, The Pledge and Into the Wild, which garnered Penn nominations from the DGA and WGA. Additionally, Penn wrote and directed the United States’ contribution to the compilation film 11’09’01. MVFF welcomes back long-time guest and friend Sean Penn for the 40th edition of the Festival.