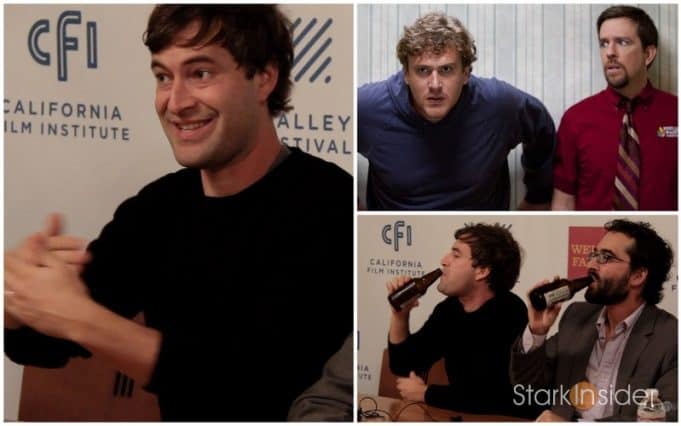 You’ve got an idea, but need money. Isn’t that always the way?

But these days it really doesn’t take much funding to make narrative films, so long as you look for creative ways to produce it. I say: just grab your iPhone and make it happen already. Of course, when you need to pay actors, and for post-production then costs can add up, and eventually you might need more than just your smartphone.

If you’ve got that idea, but still need a bit of seed money to make it happen, filmmakers Mark and Jay Duplass are here to help.

The dynamic brothers — actors, writers, producers — announced on IndieWire a new program called Hometown Heroes that will grant up to 5 filmmakers a total of $25,000 in funding. More importantly, they will act as executive producers. That likely means tapping into their vast array of industry contacts to get your film into festivals, and, ultimately, out in to the market where you’ll have, in theory, a better chance of reaching audiences. Plus, you’ll benefit from their 15 years or so of experience making TV shows and films.

“We feel there’s a wave of stories from small towns all over the country,” said Mark Duplass in a video introducing the program.

Hometown Heroes runs September 12 through October 13, 2017 (and features a very Twin Peaks-like logo). You’ll need to setup a campaign (a la Kickstarter) on film crowdsourcing site Seed&Spark to participate. The minimum raise is $7,500. Winners will be announced November 1. Then, if you make profit with the film, you keep it, while returning the original funding, interest free, back to Duplass Brothers Productions.

I especially like the idea the Duplass brothers are promoting here, that is to reach out to smaller markets — for instance, small towns and cities in between Los Angeles and New York — where emerging filmmakers may not have access to funding, tools and reach to bring there visions to fruition. In this era of Superhero overload and Hollywood’s enless obsession with pumping out charmless sequels, it’s nice to see filmmakers helping push independent, small budget products.

That the Duplass brothers are leading this charge makes a lot of sense. Natives of New Orleans, the two blasted onto the filmmaking scene with an outstanding short. “This is John” tells a seemingly innocuous story of a guy simply trying to record a greeting on his telephone answering machine. Hi, this is John… In only 8 minutes we’re taken through an internal struggle that subtly reveals deeper meanings — not only John himself, but perhaps on society too. The story-telling here would prove to become the Duplass’ calling card; being able to effectively capture human emotion, and using raw power to help us, as viewers, identify with everyday people just trying to deal with, well, life. It’s a welcome relief from focusing on something like 4K resolution, or drones, or gimbals, or… technology in general. At the end of the day, it’s the idea and the writing that make this story so compelling.

WATCH: ‘This is John’ by Mark & Jay Duplass

I remember Loni Stark and I met Mark and Jay so many years ago at the Mill Valley Film Festival. They were in San Francisco to help promote Jeff, Who Lives at Home (wonderful film) and held a lively, entertaining press conference while nursing a couple of beers. Yep, cool cats. Ah, days gone by:

WATCH: Mark & Jay Duplass on ‘Jeff Who Lives at Home’, filmmaking, and the industry

So don’t necessarily need to move to L.A. or New York … quite yet.

Instead, consider creating a campaign for Hometown Heroes. At the very least, you’ll get a chance to pitch the pros. Who knows? Maybe this is the big break you’ve been waiting for.

What: A program to help 5 winning filmmakers raise up to $25,000 to make their narrative films.

When: September 12 – October 13. Winners will be announced November 1.

More information on IndieWire: Attention, Filmmakers: Mark and Jay Duplass Want to Produce Your Movie (And Give You Money).

Regardless, in the end, with YouTube, cheap cameras (smartphones) and so many free tools, getting shorts and docs made and available to viewers is easier than ever. Making them pay attention is the hard part. Of course, that’s where your great, original, sizzling idea really can help.