If you shoot video, here’s a quick tip I learned the hard way: always give yourself at least 15 seconds of record time for any shot.

Allowing your shots to breathe so to speak, on both the in and out points, will save yourself much trouble later during the editing process. Break the 15-second rule and you could end up with footage like this:

Beautifully Bad B-roll – Before and After from Stark Insider on Vimeo.

I recorded that sad bugger a few years back (Canon EOS 60D) while shooting a Stark Insider video at Pebble Beach Food & Wine. A glorious location. Set against the Pacific, and with the gorgeous, sprawling and iconic golf course you really couldn’t ask for much more. Except, what a dreadful clip! Everything: composition, focus, stabilization. But, worst of all, it’s pretty much all unusable because I didn’t have the patience to let the camera roll, before moving to the next shot. My excuse: we were running to get to an interview on time and had no time to waste. I know, likely story.

I tried as best as possible to salvage the b-roll – I love its color and movement. 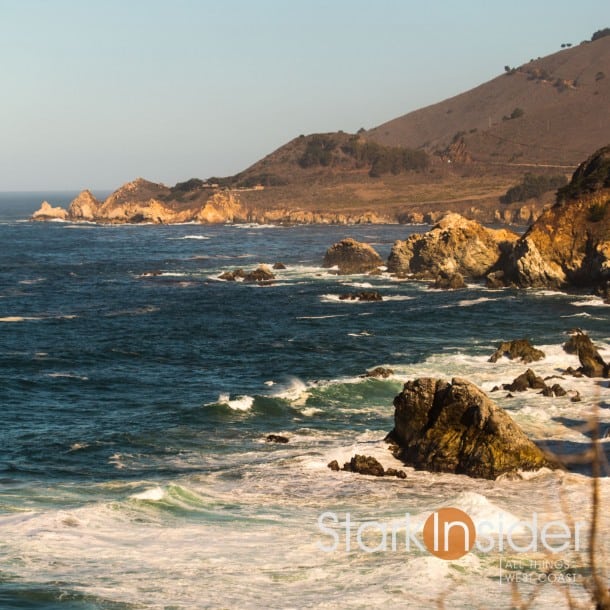 In the above video you can see the before and after. Still not great, but somewhat of a salvage. A tad Warp Stabilizer (Adobe Premiere Pro) helps. Slowing things does too. Music helps! And I also added ocean pickups (from previous shoot) using the awesome Zoom H6 field recorder.

Now when I’m gathering coverage and shooting extra filler and b-roll, I mentally count, 1, 2, 3, 4… right up to 15. Sometimes I go longer of course. But by reminding myself, time and again, of the 15-second rule, my DSLR footage over the last few years has been much more workable in post.

Granted, I’m not sure this is really a “rule” – just a guideline perhaps, something I’ve learned the hard way.

Whether you shoot with a Canon DSLR (me, an EOS 70D), an iPhone, a GoPro, or a full-on Super 35 cinema camera, try to remind yourself to be patient. There might be a lot happening around you, but try as you might to block it out. When I’m shooting at film festivals and music concerts, there’s a lot going on — at the Live in the Vineyard festival recently, by the final act (Lifehouse) fans were spilling beer and wine all over the place, including on my gear. I won’t say I didn’t care. I did! My gear! But, getting the shots was still my #1 priority. Oh, another quick tip: never forget to push the “record” button… but, alas, that’s a story for another day.

So there you have it.

You might need more, but shoot less video than that for any given shot, and you might regret it later. Trust me, you really don’t want Beautifully Bad B-roll. Even after 6 years of producing videos for Stark Insider, I still make the mistake more often than I’d like.

Take a deep breath, smile, and let your camera roll.