If you’re like me you’re constantly reading news on your smartphone, and, later at home, on your tablet. I find reading on mobile devices to be a far better experience than on a desktop PC or laptop – text is easier to read, stories are typically paginated properly, and customizing topics is a breeze, not to mention the ease of sharing via social media. News Republic has always been one of my favorite news apps. Along with Flipboard, News360, CNN and NT Times, it is a part of my morning and evening news and tech circuit.

Today, Mobiles Republic, the folks behind the app, announced version 4.0. Aside from a “fresh” icon (which looks oddly like some sort of spider tripod leg), the big headline is around the intelligence engine that provides “smart news recommendations.”

There’s also a new TagNav feature that employs semantic language technology to recommend related articles. Basically this is an app that gets to know your habits, and adjusts accordingly.

Over and over, we’re seeing more context-based services (Google Now), smart/learning apps (Aviate, Cover) and voice recognition capabilities (Siri). It’s clear: we have enough apps, not it’s all about making them smarter.

Unlike some of the competition, there’s little to no lag when pulling up stories. This app flies.

Presentation is great too. Headlines are easy to read; there’s just the right amount of white space. The layout is tile-based, and there’s enough on the screen to let you scan stories quickly, but not so much that it overwhelms (like Pulse News has a tendency to do). 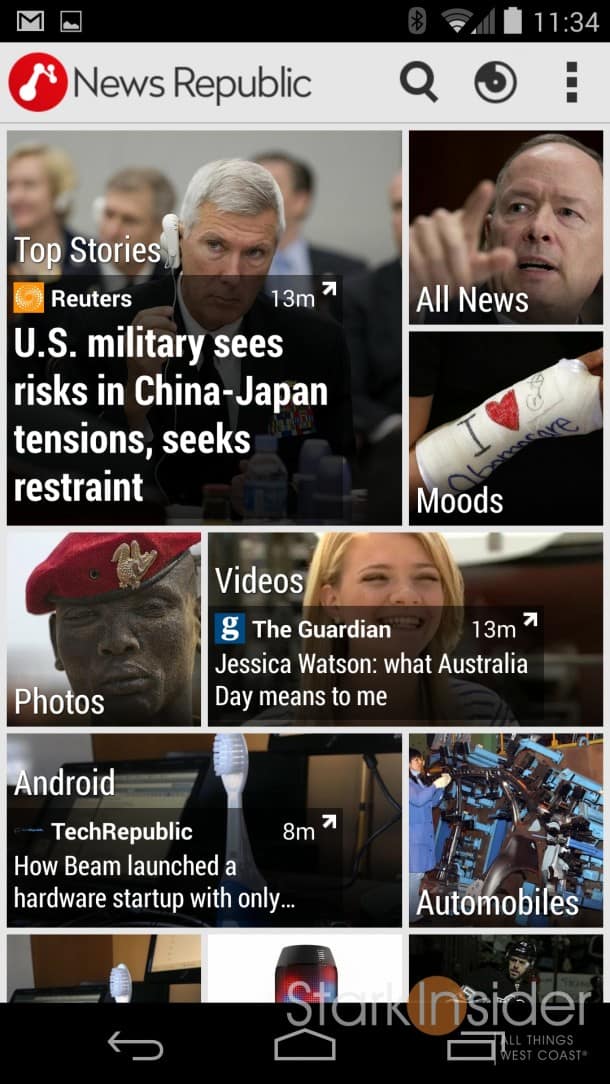 All the requisites are here including easy sharing to Twitter and Facebook, a search function, offline saving, night mode (which inverts the background) and topic customization.

Content providers include many big names, and should be more than enough to satisfy the most ardent news and tech hounds: Financial Times, Bloomberg, AFP, CNET, Engadget, The Verge, BGR, Reuters, The Guardian, VentureBeat, and scores more.

Tag Nav is accessed with a small icon on the top right. That pops up a word cloud. It immediately transformed me back to 1999. Word clouds, semantic search – the stuff of IT cool, at least at Cisco. I didn’t find much use for them then, and I’m not so sure I’ll use it much with News Republic for finding stories. I’d actually prefer something more interesting and engaging for navigation, something like what Beats Music employs with “The Sentence”.

Overall, News Republic is a must-have app. It’s fast, easy to use, and chock-full of all the stuff that’ll make you happy, sad, perplexed, angry, and informed. 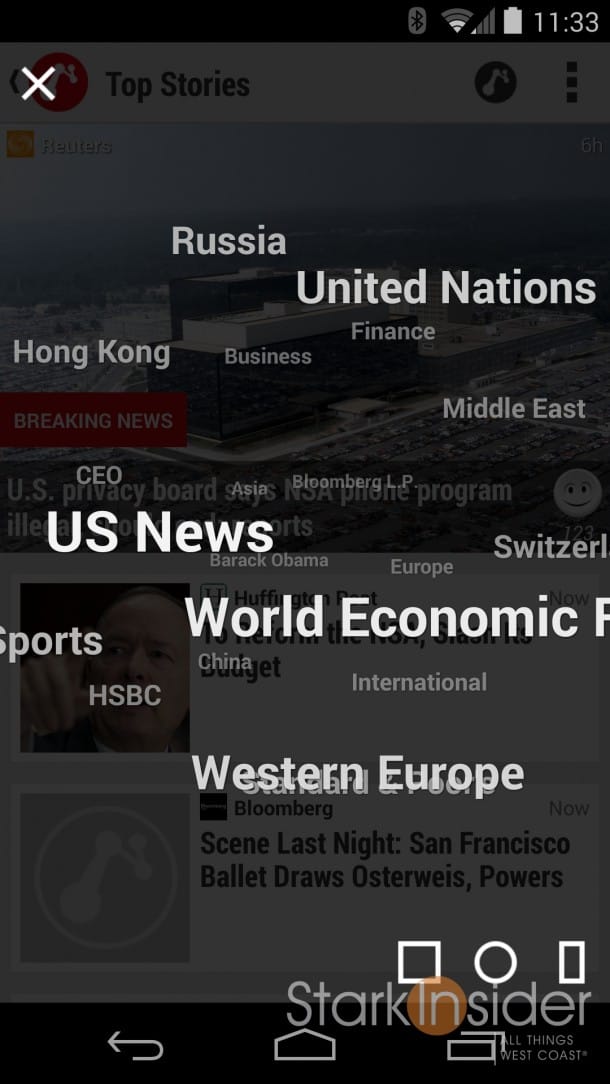 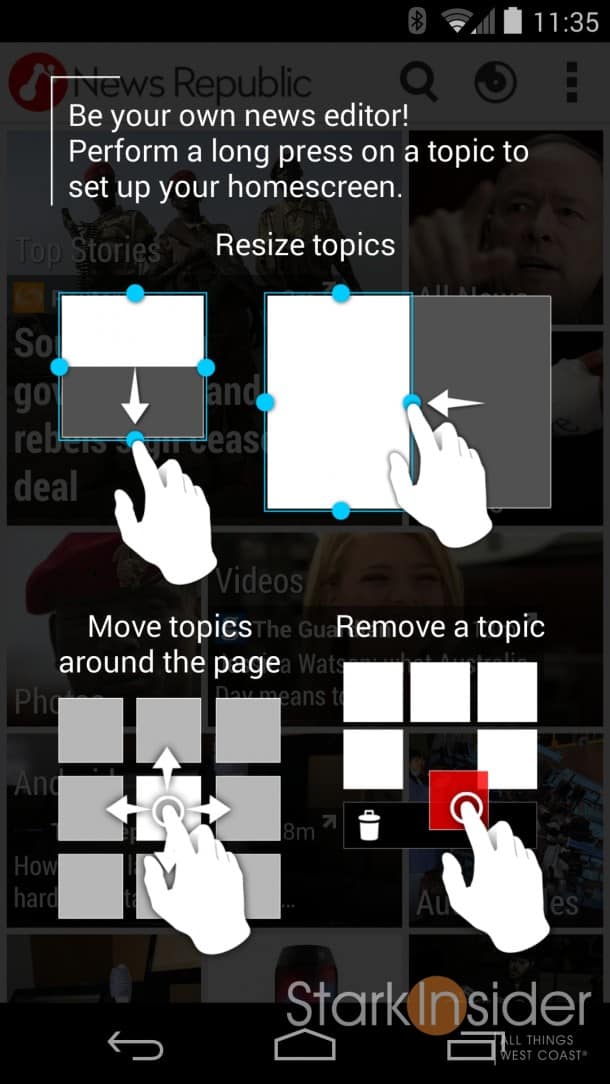