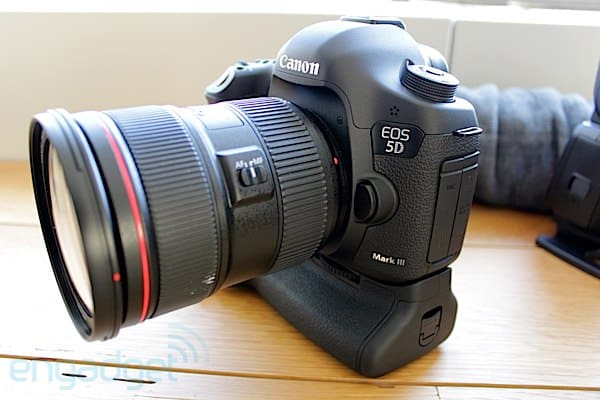 UPDATE – once again, dpreview is the definitive source when it comes to DSLR reviews. In this case their 8-page Mk III hands-on preview is most informative.

Canon announced the long awaited EOS 5D Mark III today, and the DSLR world is abuzz, despite Nikon’s every attempt to make it otherwise. Wouldn’t you know it, the body looks just like the spy shots I wrote about the other day.

I find it interesting that Engadget says this is not a replacement for the Mk II. Rather this model, they suggest, will sit between the the aforementioned classic and the upcoming EOS-1D X. Considering the Mk II’s success this is not a farfetched hypothesis; if I can find a MK II at a discounted price, I’m all for it.

I like that the Mk III has audio monitoring. But I’m most intrigued by ISO performance up to 128,000. Is that even usable?! If it can somehow produce decent footage in low light then count me interested. That would mean I could use all my Canon glass, and produce better results at night time or in low light situations – like the film festivals (theaters are dark!), Napa Valley (barrel rooms are dark!) and Disney (ice rinks are dark!) shoots I’ve found myself inexplicably filming recently.

Net-net: it sounds wonderful. Yet I still dream of EPIC to tell you the truth. My 60D is still an amazing workhorse, though I could use better low-light performance when it comes to video. Being top dog? Well, that, as they say, is priceless.

According to the Canon press release: 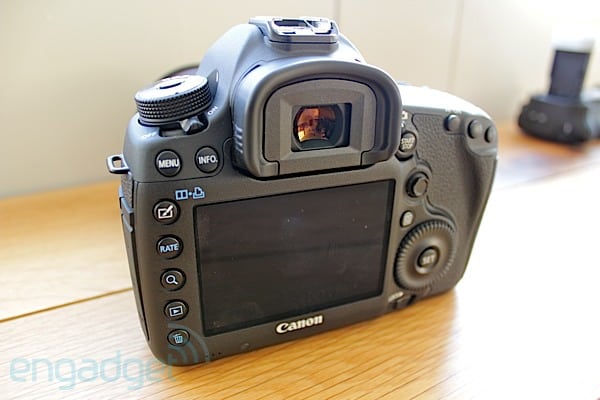