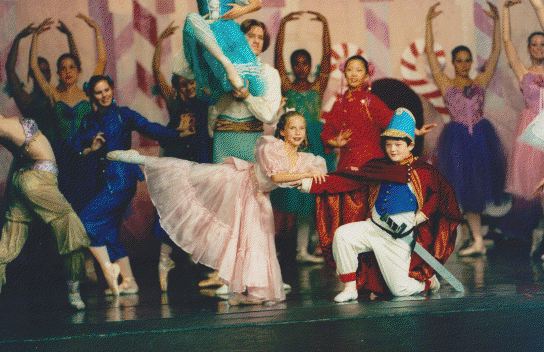 Most likely to induce a diabetic coma: SF Ballet 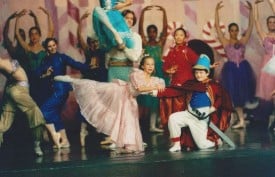 Five Nutcrackers in two weeks leaves one feeling a wee bit weary and needing to tuck in something stiff.  What is it about this ballet that Maurice Sendak called “the most bland and banal” that is virtually inescapable every December?

Sendak considered this problem seriously before he undertook taking on the design work for the Pacific Northwest Ballet in 1983.  Noting “what is potentially dramatic in Act One is dissipated in Act II,” he investigated the matter and learned that what we see on stages today was Alexander Dumas’ take on the E.T.A Hoffman tale. In short, Dumas stripped key elements from the original story, leaving behind a saccharine shell.

This omission underscores the need for novel Nutcrackers and what we’ve seen so far is a reasonable start. The mind reels when considering the multiplicity of ways the Rat King was whacked this season, including a rather Freudian moment in the San Jose Ballet when Clara decisively made off with the Nutcracker’s sword and plunged it in the poor rodent’s gullet in a way that would do Tony Soprano proud.

Pest management aside, issues arise of how to treat the strange relationship between Drosselmayer and Clara.  The SF Ballet takes up the problem full on and makes Drosselmeyer the main man, relegating the poor prince to being a bit player.  Others like the Moscow Ballet took a more balanced approach, giving the Prince and Drosselmayer equal time.

On the more mundane side, there’s issues of costuming  – especially of the Stahlbaum party guests. MeshuggaNutcracker presented a cross between shtetl-couture and commedia del arte. While, the SF Ballet went for something more Edwardian, San Jose Ballet and Moscow Ballet stuck to traditional Victoriana. Dance Brigade went completely off the res with kids decked out in everything from  Navaho togs to street wear befitting the best skateboard rats.

This exercise closes on a seasonal note:

Twas the week before Christmas, when all through the valley
Dancers were practicing, like Tin Pan Alley
Tutus were donned and toe shoes as well,
With the hope that box office receipts would swell.

They rose up en pointe, to pirouette and passé
Til all of our sensibilities were worn quite away.
But despite all emboîté in cou-de-pied
We cried “Take all of these nutcrackers away in your sled.”

Show the Snow Queen the door, the Arabians too.
Make way to the backstage the whole cast and crew.
But I heard him exclaim, as they danced off the stage,
“Eleven months more, we’ll return all the rage.”

Most likely to induce a diabetic coma: SF Ballet 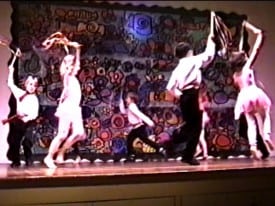