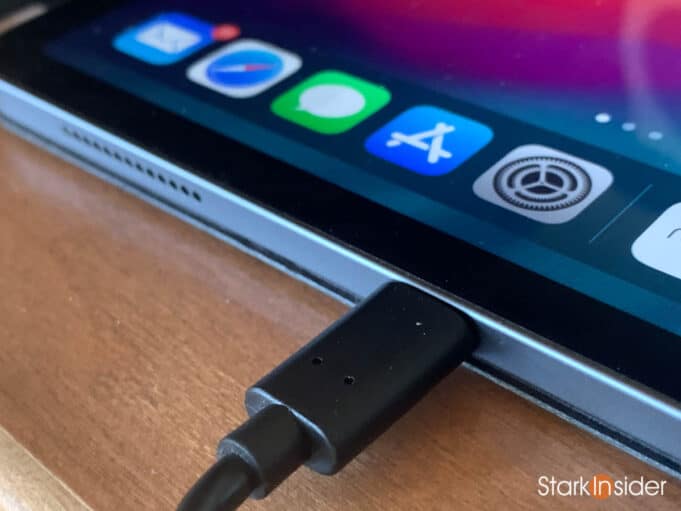 It’s no secret that Apple has been dragging its feet when it comes to the increasingly ubiquitous USB-C charging standard.

True, modern MacBooks and iPad Pros do use USB-C connectors, however the iPhone is still stuck in the bygone era that is the Lightning connector.

Hard to say. Technologically there’s probably no reason why not. From a sales and marketing perspective, however, perhaps there’s too much accessory-based revenue to be lost by switching from the proprietary Lightning connector to the industry USB-C connector (used by just about every other tech manufacturer in existence).

Even Amazon — slow to move in its own right to the modern connector — was apparently reticent to do so with its iconic Kindle e-reader line-up. That changed this year with new models appearing on the Amazon web site with, indeed, USB-C connectors.

Once again look to Bloomberg’s Mark Gurman who posted a decent primer on the whole situation.

He suggests that even when Apple does make the move and ditch Lightning, it will only be a temporary stepping stone to… wireless. An interesting and likely true prognosis. Eliminating messy cables and simplifying tech gadgets is certainly something that most would want. How many of us would appreciate not having to pack a myriad of USB micro, USB-C and Lighting cables when we travel?!

Meanwhile, thanks to the European Union and its push for unification around USB-C — for the sake of “interoperability” and “environmental benefits” as Gurman notes — we could see iPhones with USB-C as early as next year, in 2023:

“Behind the scenes, though, Apple has been preparing for this law. I think the company will even handily beat the due date with its most visible products. The iPhone 15 is essentially a lock to get USB-C in the fall of 2023, beating the mandate by a year. The one remaining iPad without USB-C (the entry-level model), should be getting the port by the end of this year.”

On the other side of the aisle is, of course, Google and its Android-based smartphones and devices.

No such issue there. Android phones made by Google — aka the Pixel phones — have had USB-C as far as I can remember. Curious that if I so wish I can pull the slick and compact USB-C cable from my MacBook Pro and use it to charge my old Pixel 3a (or my wireless headphones, or 2022 Kindle, or just about any other gadget that is not an iPhone).

Suffice to say I’d bet pretty big that in 2023 with the iPhone 15, Apple finally capitulates, mostly out of being driven by the EU, and swaps out the dying Lightning connector for its eagerly anticipated USB-C open equivalent. Frequent travelers will be relieved, as apparently will regulators.