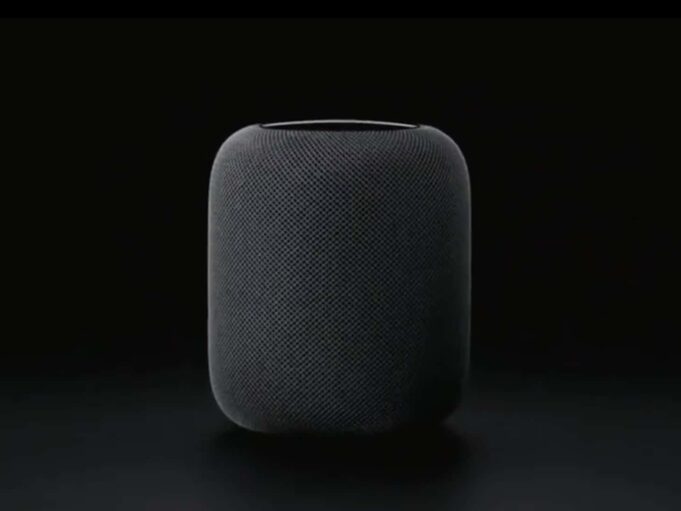 Word is Apple is trying again, and is expected to relaunch its flagship HomePod smart speaker.

Keep in mind Apple already sells a compact version called the HomePod Mini — that is, in my testing at least, quite good. However, CEO Tim Cook and team would be remiss to sit out the market space currently dominated most notably by Amazon (Echo Studio) and Google (Nest Audio).

Of course, once again this rumor comes way of Bloomberg’s Marc Gurman who seems to have an inside channel into Apple’s complete product roadmap.

In addition he says we can expect a lot of products this year from Apple. New iPhones and Apple Watches and MacBooks as expected. The same every year basically. But in addition to this HomePod there may also be — finally — Apple’s take on a mixed reality headset.

Regarding the refreshed smart speaker here’s what he says:

“The HomePod, code-named B620, will run the same S8 chip coming to the watches and will be closer to the original HomePod in terms of size and audio performance rather than a new HomePod mini. The new HomePod will have an updated display on top and there’s even been some talk of multi-touch functionality.”

9to5Mac lists three reasons why the new version could be successful (though, I’m skeptical color variety really makes that much of a difference in whether or not a product sells?). Key point there is price. I agree that a lower $199-$249 USD MSRP is the right price point for this sort of product.

In any case it’s really not about the hardware as we know too well these days.

It’s all about the software services… and associated recurring subscription revenue.

Apple wants to you to subscribe to bundled packages like Apple One. Or at the very least to Apple Music, which you’ll basically need to get full value out of something like a HomePod.

The more devices Apple (and Google and Amazon and Meta) can get into our homes and our cars and our lives, the more likely we are to subscribe to their content, and the less likely we are to switch — switching costs get higher the more we invest into a single platform.

Given Apple’s penchant for audio (AirPods, AidPods Max, Apple Music, Spatial Audio, Hires Audio) it’s somewhat surprising, even baffling, why the tech giant can’t get the smart speaker right. It seems to be a lynchpin of the ecosystem related to all things audio. And they need to solve this dilemma, lest they continue to lose market and mind share to Amazon and Google.