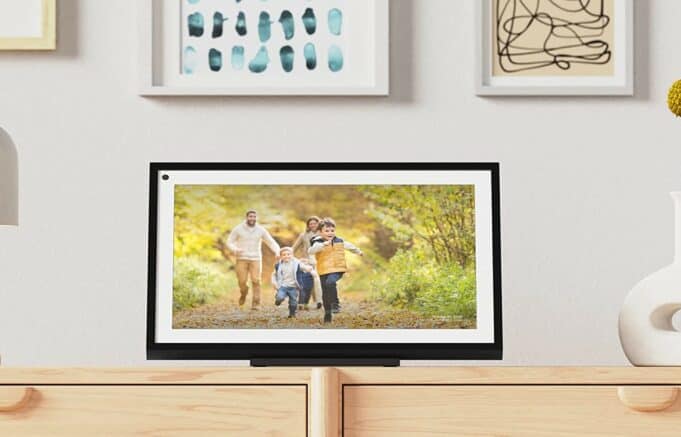 Amazon continues to expand its line of Alexa-powered smart home devices. There’s a seemingly never ending variety of choices, from a small Echo Dot smart speaker (the one that started it all) to ones with displays such as the Echo Show 8, and even ones for your cars, like the Echo Auto. And that’s just tip of the iceberg. Surf Amazon and there’s Alexa thingamajigs everywhere.

As the name implies this is a 15.6-inch mega Echo device introduced in time for the holiday season by Amazon and intended to hang on a wall.

We’ve seen this idea before: a smart hub for the whole family. Or as Amazon calls it: “for family organization.”

In the past these typically have been built-in to refrigerators. The idea being the kitchen is a place where we all hang out during the day, so it’s the ideal location for a centralized organization system. Instead of paper post-it notes and magnets, we would instead use a screen to store reminders, calendars and to-dos.

Of course if you’re a huge fan of Alexa and Amazon services you could easily place the Echo Show 15 on a desk or tabletop in a hallway. There it would be a perfect, large screen way to navigate, say, Amazon Music playlists. And/or to control smart homes routines and devices. It might also be a nice way to show off digital artwork or photos from family vacations.

While the concept behind the Show 15 isn’t new, the fact that it comes with the best voice assistant out there in Alexa, and that it’s the most widely supported smart display when it comes to third party smart home integrations makes it an interesting option — if a bit niche. 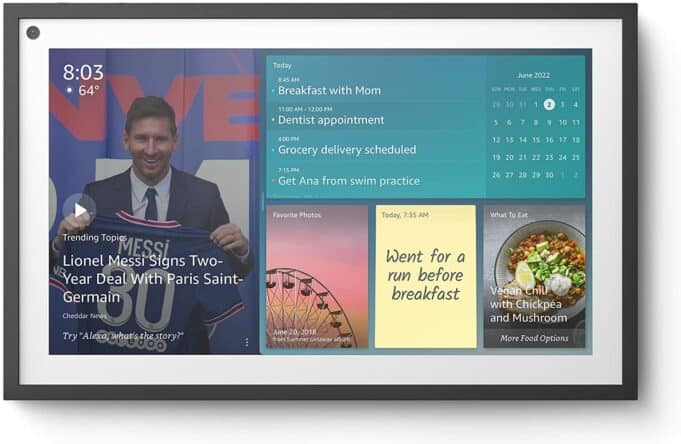 Given the number of devices found across modern homes (phones, tablets, smart speakers, etc.) I do wonder at what point the market achieves saturation. For instance, if we have a phone in our hands do we really need yet another device to control something?

In any case the Echo Show 15 is selling for $249 USD on Amazon which seems pretty reasonable to me.

That price also demonstrates the concept of value-based pricing. You can pay over $1,000 for an iPhone with a 6-inch screen. Or you can pay about 75% less and get a device with a screen over twice as big. The selling price, here, has nothing to do with the actual cost of manufacturing the device. Rather, it has to do with the value to the consumer (or perception of value). Hence, value-based pricing (as opposed to cost-based pricing). A rather elementary reexamination of business school, to be sure, but an interesting way of looking at these sorts of products.

And let’s not forget there’s the idea of seeding.

Amazon wants as much Alex in our lives as possible even if it means a loss on a sale, or lower margin on a sale. Because underlying it all are pay-to-play subscriptions like Amazon Prime, Amazon Music, Amazon Photos… and on and on. All in the name of the ecosystem (see: Apple and Google). Therein lies the gravy.