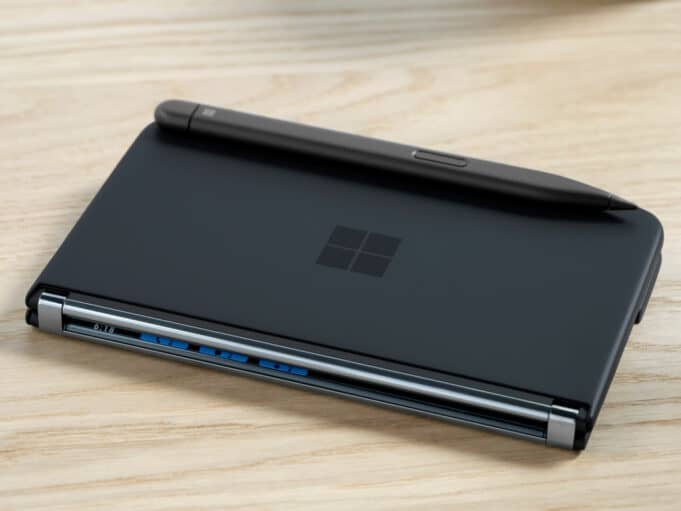 Sure enough, Fall has arrived. And that means another Halloween sequel. Storied actress Jamie Lee Curtis once again reprises her role as strong-willed Laurie Strode in Halloween Kills and no doubt will face the eternal boogie man that just won’t die in Michael Myers.

With the Surface Duo 2 ($1,499 USD) this time Microsoft is taking (yet another) crack at appealing to consumers who may be interested in a hinged phone that can expand in size when opened.

Microsoft has latched on to a good thing with the Surface line-up. They showcase the power of its Windows platform running in a variety of form factors (aside from the Duo 2 phone which runs a variant of Google’s Android OS). Over the years the specs have improved, and the designs are nearing what I’d classify as Apple-level quality and engineering.

Still, per CNBC the devices only account for about 4% of Microsoft’s revenue. I suspect the idea, however, is to have halo products that our best-in-class for demonstrating its software and services. So the idea is, yes, to make profit, but not so much on the revenue side.

In any case, the timing is prescient. Windows 11 arrives next month and you can bet that the Microsoft marketing team will be leveraging the Surface portfolio as best it can.

As for that folding phone, Microsoft is not giving up just yet.

The original Duo bombed. It was buggy and pricey. Plus, I’m not convinced the positioning is appealing to consumers. After all, most of us want our phones easily pocketable. And we want to pull them up and quickly look at a text or email or bit of info in a moment’s noticed. It seems to me that having to open the phone first — unfold it — is an extra and unnecessary step. But you might argue the additional screen real estate is welcome and useful for multi-tasking. True. But I’d suggest that’s where tablets come in, and they do the job perfectly well.

(I confess. As a geek I still find the Duo 2 pretty cool)

Regardless what I think, obviously Microsoft, and others like Samsung, have market data telling them that is an important space. Or, at the very least, that this could be an important space over time. That we keep seeing newer versions of this same old idea that keeps failing suggests there might be a buyer out there somewhere. For me, that time is possibly when I see them a year or so after launch at a heavily discounted price.

At the end of Halloween Kills my guess is that Michael Myers disappears into the night. Not exactly a risky guess, really. Of course it happens every single time — for over forty years! After all there needs to be a sequel. Besides, the boogie man never dies. He lives on in our imaginations. Forever.