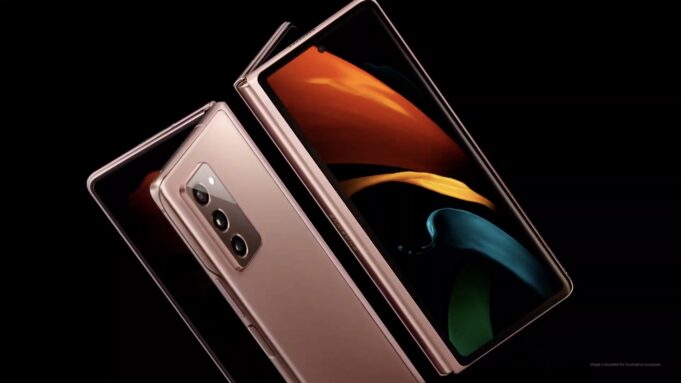 Reportedly the search giant is taking a swing at the folding phone. Again, I have to wonder. Is this a solution in search of a problem?

The Verge says the OLED display panel will be made by Samsung, and the phone will be called the Pixel Fold (suitable enough):

TheElec says it’ll have a single 7.6-inch panel that folds inward, while Vivo’s upcoming phone will have an 8-inch main screen and a 6.5-inch outer display. It didn’t mention the size of the new Xiaomi phone’s screen.

Further details are scant, but we obviously know the Fold will run a variant of Google’s Android operating system, and that the device will fold in half when not in use. There could possibly be auxiliary screens on the exterior to allow for quick glances at things like notifications and weather. We don’t know for sure.

But we do know that others have been here before. With mixed results.

The Samsung Galaxy Z Fold2 5G is probably the latest and most high profile example of the unicorn that is the folding phone.

With a 6.2-inch screen (when folded) the Fold2 is pretty much like having two phones attached side-by-side. You can unfold it for a large 7.6-inch screen, and near tablet-like, experience. And you can also fold it up completely to store away or you can use it in “Full-viewing Cover Screen” mode which is essentially like a standard, albeit thicker, phone.

Reviews for the innovative device have been decent. Tom’s Guide gave the Samsung Galaxy Z Fold2 a respectable 4 out of 5 stars, noting the flexibility of the various screen folding options, but also pointing out that it’s expensive ($1,199 USD), heavy and not water resistant.

Indeed being able to expand the screen of your phone, be it the Fold2 or upcoming Pixel Fold or any other foldable such as the now heavily discounted Microsoft Surface Duo ($729), can be handy at times. You can instantly benefit from extra real estate for things like reading, gaming, or, even just scrolling across social media. When you’re done, fold it up and you’re, in a sense, back to the normal world of phones.

One key thing with foldable phones is scaling apps — or even completely adapting them to a large/split phone screen design. In many cases as reviews point out existing apps are merely blown up and don’t take advantage of the larger display. However, with Google behind its own hardware in the Pixel Fold, you can expect it to put a major push on tuning its major apps including Gmail, Chrome, Calendar and search, among others. So that’s a potential major plus.

In any case, I’m still not sure if foldables are a neat party trick or a glimpse into the future of the smartphone.

On the one hand they cleverly bridge the gap between a smartphone and tablet without too much downside.

On the other I think most of us are perfectly fine with our lighter phones as is, along with the advantages of lower cost and longer battery life they have over devices with larger screens.

Still, if Google, Samsung and others (Amazon? Apple?) solve the weight and battery challenges — they will in time — the case for these types of expandable phones could get stronger.